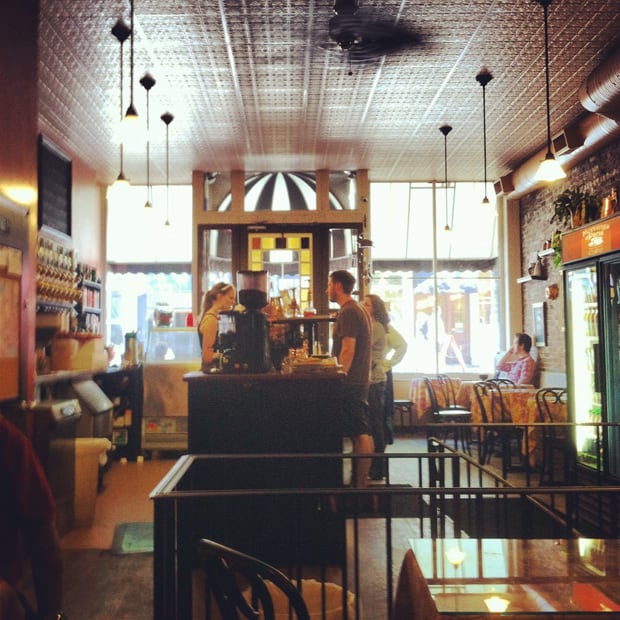 Fact: There is a restaurant every 3.8 feet in downtown Portland, Maine (that’s not a fact but I’d wager it’s pretty close). I can’t think of another town that I have been to where I’ve been simply overwhelmed by the sheer amount of dining choices. Take a walk through the old port district and you’ll find everything from taco stands to sushi joints with brew pubs, lobster shacks (of course) and cafés mixed in among the array of seemingly endless offerings. One could spend a month cycling through the city’s establishments and still not get to all of them. We only had five days. Thanks to the superior research powers of my wife, who did an enormous amount of planning while I was off gallivanting at a few pre-trip concerts, we were able to maximize our time in Maine’s cultural capital.

Duckfat is a sandwich shop in the least traditional sense of the word. Serving hand cut French fries cooked in (you guessed it) duck fat, they also offer a choice array of charcuterie and salads to go with the considerable list of paninis that anchor the menu. “Does anybody ever come in here and not order fries?” inquired the couple seated next to us at the counter. “Rarely” answered the host. Don’t be part of that minority if you make it to Duckfat. Served in an overflowing cone, the fries are every bit as good as you would expect from a restaurant that makes them the centerpiece of their menu. Equally excellent was the “duck in a jar,” a rillette that did not suffer from the lack of foie gras that our server warned us about (alas, they were out of foie that day). Topped with a Dijon mustard mousse it almost stole the show that the fries were putting on. We split pork belly and mozzarella, basil and tomato paninis to round out the meal. The former was a flawless take off on a classic bahn mi, the tender pork paring well with pickled vegetables, cilantro and a thai chili mayo. 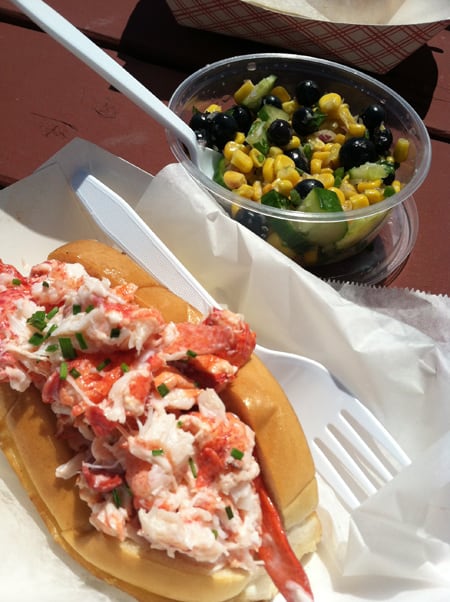 One nice thing about the Merry Table, an old school French restaurant tucked away in one of Portland’s many cobblestone alleys – the banana/nutella crepe we had for dessert was fun. Not great, not even all that creative, just fun. It’s arguably something you can’t screw up if you know how to make a crepe, too. That’s where it ends for the compliments. For contrast, here is a dish you absolutely cannot afford to screw up when you advertise your French-ness as a restaurant: salad nicoise. The humble combination of tuna, greens, potatoes, hard cooked eggs and green beans can be transformative in the right hands. The version that was served to me, a pile of canned tuna that resembled dog food nestled into greens that had a few obviously rotting peppers and green beans adjacent, was an insult to French food.

We were in town for a wedding and as such, had mornings to kill before my duties as a groomsmen kicked in. The complimentary coffee maker in our hotel room had a solid layer of dust on it, disturbingly multicolored dust that gave a clear signal to me that my early morning coffee was going to have to come from somewhere else. Desperately needing a good caffeine fix in the morning, we happened upon Mornings in Paris, a café that might as well be in the epicenter of Portland’s old port district. The large cappuccino was fine as expected but the café also had some unexpected surprises in store. A savory spinach and feta croissant wowed my wife, while I was more than a little surprised to have such a credible bagel (cinnamon raisin) this far away from New York. 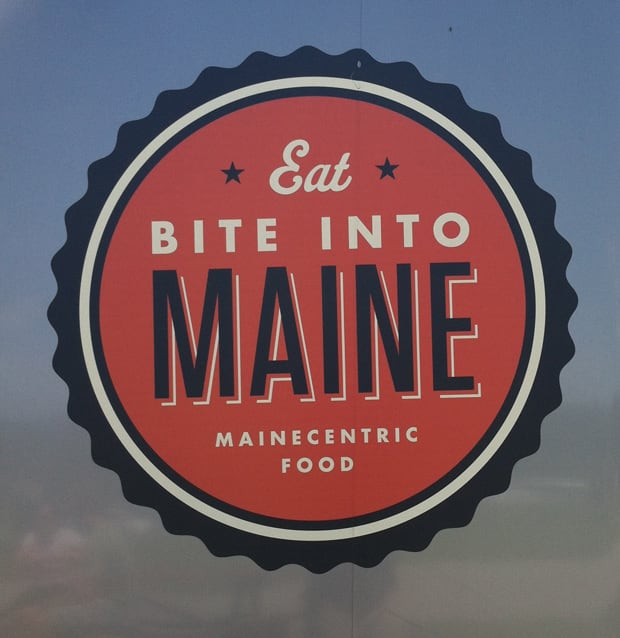 The wedding rehearsal took place in Fort Williams Park, just outside Portland in Cape Elizabeth. When we pulled into the park we noticed a tiny trailer serving a considerable line of people on top of a hill overlooking the rocky coastline. We made a mental note and returned the day after the wedding to see what all the fuss was about. It’s important to note here that my lovely wife is a fan of all things lobster roll and on more than a few occasions we have made detours while traveling to sample new ones. The lobster roll (Maine style with a hint of mayo and chives) that came out of the impossibly tiny trailer at the top of the hill was overwhelmingly perfect. No measure of hyperbole could do it justice. Paired with a salad of corn, blueberries, cucumber and cilantro that we’ve already been trying to create at home, it was easily the meal of the trip. We talked about its perfection for the entire duration of the walk back to the car, for the twelve minute ride back to Portland, and on and on for the rest of the vacation.

Fore Street is a restaurant that stands wholly on the merits of the food that comes out of its kitchen, and in an age where restaurants are marketed for all of the bells and whistles that are signifiers of their authenticity, it was refreshing. Open since 1996, it has all of those bells and whistles that could be pounded into its customer’s heads ad nauseum. The kitchen is nestled in the heart of the main dining room, replete with a blazing brick oven, a wood fired grill and enough cast iron cookware to outfit all the camps in Maine. If it was located anywhere around New York we would have been treated to a five minute soliloquy on the provenance of the food we were about to be served and the chef’s vision for the open set up. I have a feeling that long before farm-to-table became a buzzword and open kitchens became fashionable the proprietors of Fore St. were doing both.

And the meal did more than simply stand on its own. A chilled santa claus melon and basil soup was beguiling, eliciting more than a few “oh my gods” from my wife who ordered it. Entrées of wood grilled salmon and oven roasted hake emerged from the smoky kitchen, each cooked to perfection. The smoke from the kitchen permeated all of the dishes in the best of ways. A side of wilted chard, accompanied by hunks of ale braised bacon and awash in red verjus was just touched by the ambient smoke from the center kitchen giving it a depth of flavor beyond that of any chard I’ve tasted.

Exiting, we both commented on something about the front of the restaurant that we had not noticed upon arrival. There was no sign at the front, no way to really tell where you were if you didn’t know the address (288 Fore St.) To me that captured the whole ethic of Fore St. in one simple gesture – a wood door and a numbered sign, what’s inside is what counts.

I lost count by the fifth day of just how many ice cream and frozen yogurt stands we passed. If you happen to be possessed of an incurable sweet tooth you could do worse than land in Portland for a few days. How many towns have two dedicated gelato shops? Located right across the street from one another, The Gelato Fiasco and Gorgeous Gelato both attracted a considerable crowd every time we passed by. On our final night we decided to do a gelato taste test and hit them both up. The verdict: Gorgeous Gelato’s dark chocolate had the creamy consistency that was as close to anything we’ve had since our trip to Italy some years ago. It’s as close to authentic Italian gelato as you will get. What the Gelato Fiasco doesn’t have in authenticity it more than makes up for in the creativity of its flavors. Dark chocolate banana, triple vanilla malt, chocolate with sea salt and even a five spice flavor are all examples of the flair that they approach their gelato with. My recommendation: try them both.