May 09, 2021
Home Features Re-make/Re-model: Charade and The Truth About Charlie 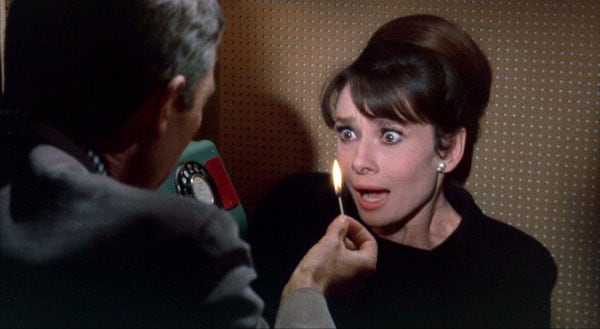 The Onion headline reads, “Harsh Light of Morning Falls on One-Night Stand’s DVD collection.” The accompanying article couches day after regret over an ill-chosen sexual encounter in the mounting unease over the still-slumbering partner’s pop culture taste. Traci Pearle, the newly saddened young woman, observes, “I slept with a guy who, at some point in his life, walked into a store and said to the cashier, ‘Hi, I would like to purchase this copy of The Legend of Bagger Vance.’” There is a picture with the article that provides a glimpse of horrors of the collection, and there, nestled ignominiously between Swordfish and Space Cowboys, is Jonathan Demme’s The Truth About Charlie.

Released in 2002, Charlie was Demme’s long-awaited follow-up to the 1998 feature Beloved, the adaptation of Toni Morrison’s Pulitzer Prize-winning novel that was expected to win every award that the film community could dream up. Instead, it wound up dividing critics, perplexing audiences and being quietly shuttled off to the purgatory of prestige failures. Perhaps smarting from that reaction, Demme not only took his time getting to his next project, but he selected one infused with an iconoclast’s devil-may-care hubris. He decided to remake a film that many regarded as a classic, the sort of thing that needed no improvement.

Stanley Donen’s Charade was released in December of 1963, becoming a respectable hit that was among the top 10 at box office for that year’s releases. The mixture of Cary Grant, a grand European setting and a complicated plot of shifting identities that put an everyday person in the middle of escalating espionage well outside of their comfort range caused many to view it as an extension of the sort of films Alfred Hitchcock was making with To Catch a Thief and North by Northwest. To put it more plainly, it was dubbed “the best Hitchcock movie Hitchcock never made.” The comparison is understandable but also facile. Worse, it shortchanges the significant and distinctively vital skills of the film’s actual director. Before this, Donen’s greatest cinematic triumphs were with musicals, most notably co-directing Singin’ in the Rain with Gene Kelly. It’s the exquisite sense of timing necessary for those features that makes Charade work, taking material that others would have approached by steadily ratcheting up the tension and instead emphasizing the light, almost blithe comic elements to it. 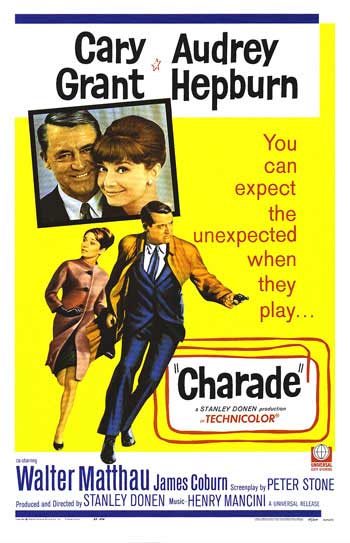 The film stars Audrey Hepburn as Reggie, an American who returns to her Parisian home with intentions of asking her husband Charles for a divorce. Instead, she finds him missing and their apartment stripped of all their possessions. The police inform her that he’s been murdered, and then the complications begin to mount as a bevy of mysterious, intimidating strangers begin to confront her about money that Charles left behind which they’re sure she now has. She also gets new found attention from a charming gentleman who introduces himself as Peter Joshua (Grant). He proves to be a necessary ally as Reggie maneuvers through the ever-increasing confusion of her situation, which is often only exacerbated by the CIA administrator named Hamilton Bartholomew (Walter Matthau), ostensibly there to provide background of the discreet ill-doings of Charles, but often winds up talking in tricky curlicues; as delivered by Matthau, the lines become finely honed screwball comedy dialogue stretched into languid patter by the actor’s trademark hangdog weariness.

The various double-crosses and identity shifts strewn throughout the film become dizzying in a thrilling, alluring way. The immense care Donen takes with the tone and pacing of the film – always knowing when to balance a pile-up of exposition with an extended scene built almost entirely on the charismatic interplay between Hepburn and Grant – heightens the vivid unpredictability of the story. It is endlessly playful, constantly challenging the viewer to rethink what’s come before, but never in a manner that takes unkind pleasure in duping the audience. Donen takes Peter Stone’s screenplay and shares in the joy of unpacking its secrets.

Stone was one of the individuals most adamantly against Demme remaking the film almost 40 years later, even insisting that he be credited under a pseudonym (in a nice, cheeky detail, he asked to be listed as Peter Joshua). That protectiveness notwithstanding, it’s worth noting that Demme wasn’t just fishing for a hit or trying to revive a franchise in the manner of current filmmakers whose interest in cinema history is seemingly limited to figuring out how to best exploit lingering affection for the titles that generated the most business in the 1980s and ‘90s heyday of video rentals. Demme had a very interesting idea that honored the original film by deliberately shifting its sensibility from that of an old Hollywood star vehicle to one that was uniquely appropriate to the time and place that Charade was filmed. 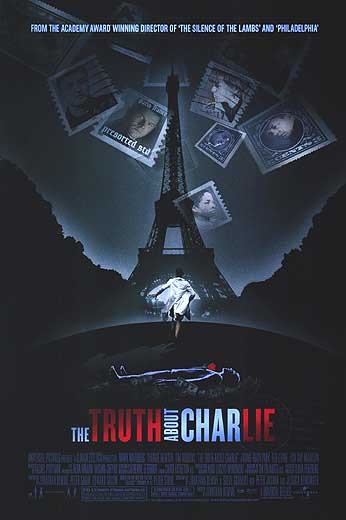 In the early 1960s, France may have played home to the film shoot for Charade and other Hollywood features (including Paris When It Sizzles, which Hepburn made right before starting in on Charade, although the earlier-shot film wound up being released later), but it was more notably the home of the French New Wave. For his new version, entitled The Truth About Charlie, Demme keeps roughly the same story (he shared a screenplay credit with Steve Schmidt, Jessica Bendinger and the previously mentioned “Mr. Joshua”) but flavors it with tingly little elements of the transformational style du cinema, right down to the little cue of including the likes of Anna Karina and Agnès Varda in cameo roles. The director had long been a restless visual innovator, a quality that lends itself particularly well to the simultaneously embrace and deconstruction of classic narrative forms that is one of the cornerstones of French New Wave, and a spirited genre work such as this is the perfect place to apply it. Demme uses shots and edits that call attention to themselves and yet feel completely right, fully elemental as part of the film. His willingness to play with the hidden pliability of narrative rules is at its most overt in a scene in which a character plays a CD of Charles Aznavour, star of Truffaut’s Shoot the Piano Player, and moments later the man himself is standing in the room, lip-synching to the song.

While Demme is plainly less interested in making Charlie into a lark than Donen was with Charade, there’s still a sprightly verve to the later release. He still wants it to be fun, just in a slightly weightier way that probably struck him as more appropriate for a modern, theoretically more sophisticated audience. Considering the film opened poorly against the box-office topping Jackass: The Movie, it’s probably safe to say that Demme bet poorly in that respect. At least that was a business mistake rather than an artistic one. The more problematic misstep comes in the casting, although his first choice is a fine one. One of the primary motivations for Demme to make the film was to hand a starring role to Thandie Newton, whom he worked with on Beloved, and the actress is thoroughly winning when given the daunting task of stepping into Hepburn’s stylish shoes. She exhibits an effusive intelligence that manages to keep her character capable and engaging. She expertly plays both the gravity of the situation and a very believable exasperation as the situation spins wildly, and she brims over with personality when she does it.

There are issues with the other key roles, however. Mark Wahlberg takes on Grant’s character, the name inverted to Joshua Peters, with a buffed down version of Dirk Diggler’s weirdly enthusiastic sincerity. There should be a hint of caddish danger to the character – a quality built right in to Grant’s demeanor – but Wahlberg winds up coming across as sedately genial for too much of the film. Tim Robbins has his own problems in Matthau’s old role, adopting a flat honk of a Northeastern U.S. accent that’s probably meant to approximate the distinctive verbal cadence of his predecessor. It would be distracting if Robbins seemed at all invested in the role, but it’s instead his consistently sleepy presence that temporarily nudges the film off its rhythm whenever he appears.

Though I like it, I can’t deny that The Truth About Charlie is sometimes shaky, perhaps because portions of the film ultimately interested Demme less than tinkering with French New Wave style and sharing his admiration for Newton’s underappreciated glimmer. Even so, it’s a far better film than it’s given credit for being, in part because it lives in the long shadow of its TCM-approved progenitor. That misses the point and value of Demme’s film, I think, conflating it with other rote remakes. It doesn’t want to be Charade, nor does it want to best Donen’s original. Its greater ambition is to hint at what Charade might have been like had it been made with the then-contemporary influence of Paris instead of merely been filmed and set there. That element of “what if” experimentalism alone means The Truth About Charlie merits more respect than placement on the shelf of some sort of DVD collection of shame.