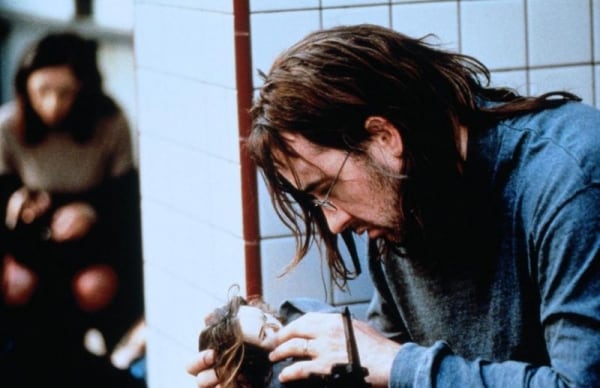 Spike Jonze may dress his films up in comedic clothing, but beneath the whimsical surface is a melancholic mélange of sadness and existential despair. His characters flounder to just connect, lovable outcasts who lack the skills required to get by in this extroverted and ugly world. Nicolas Cage’s Charlie Kaufman in Adaptation is a fat, balding writer who worries all the time about being a fat, balding failure. In his adaptation of Maurice Sendak’s seminal Where the Wild Things Are, Jonze turned the children’s book into a parable about the rage we feel when we learn that the illusions of our childhood are slipping away. But one simply needs to turn to Jonze’s directorial debut, Being John Malkovich, to see the seeds of this trend in his oeuvre thus far.

On paper, the idea of a portal that leads to the center of John Malkovich’s cerebral cortex, a place where you can stay for a few minutes before being dumped out on the side of the New Jersey Turnpike, is just as bizarre as it is hilarious. But Jonze and screenwriter Charlie Kaufman instead take the idea and twist it into a delicious meta Twizzler that examines not only the desire to be someone else, but the difficulty of connecting with other humans. 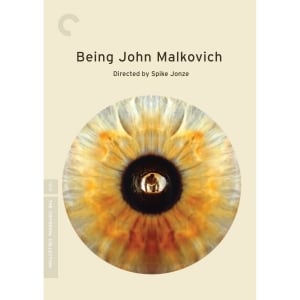 John Cusack stars as Craig Schwartz, a down on his luck puppeteer who is forced to take a job as filing clerk. We’ve all been there, our already floundering artistic dreams quashed even more by a soul-deadening job. But this new position, which consequently is housed on a truncated 7 1/2 floor, opens new pathways for Craig: not only does he fall in love with the bitchy Maxine (Catherine Keener) but he finds a secret portal into Malkovich’s brain. Sounds good, right? Too bad Craig is already in a loveless marriage to Lotte (Cameron Diaz), an animal enthusiast who keeps a menagerie including a chimp in the house. Too bad Maxine is not interested in him in the slightest and too bad Malkovich doesn’t want him playing around inside his head.

So what are Jonze and Kaufman trying to say? That all of us want to be someone else? Not really. Malkovich is certainly happy being Malkovich (although we do see some damage there when he crawls through his own portal). But the Malkovich in the film is a ringer. He isn’t the true Malkovich but an idealized notion of who we believe John Malkovich really is, the mysterious and somewhat pretentious actor. (Of course, he hadn’t stunk up his resume with fare such as Eragon when Being John Malkovich bowed in 1999). No, it’s the hoi polloi like us who watch movies and read up on stars and fantasize what it’s like to be one of them who don’t want to be themselves. So instead we worship the cult of celebrity and live vicariously through them. And this film came out well before the Paris Hiltons and Kim Kardashians got famous for doing absolutely nothing at all.

Cusack plays Schwartz as an unlucky sad sack, hopelessly in love with Maxine who, in turn, falls in love with Lotte. However, she only loves Lotte when Diaz is inside Malkovich. Jonze sets up a game of masks, moving his characters further and further away from real, true human connection and into a match of subterfuge and betrayal. We later discover that the portal into Malkovich’s brain exists so a group of rich senior citizens can crawl inside and live on in a younger body. Crawl in at the wrong time and you are absorbed into the immature vessel, a fate worse than death.

When the movie ends, John Malkovich has been pushed out his own body and Craig is trapped in a body not his own, cursed to watch Lotte and Maxine live happily ever after. In the film’s final lines, Craig despairs, “Oh, look away. Look away. Look away. Look away.” But like him, we cannot as we’ve become obsessed with the cult of celebrity and even if we want to look away, no matter where we turn there is another product or person convincing us that the best thing for us is to be something other than ourselves.