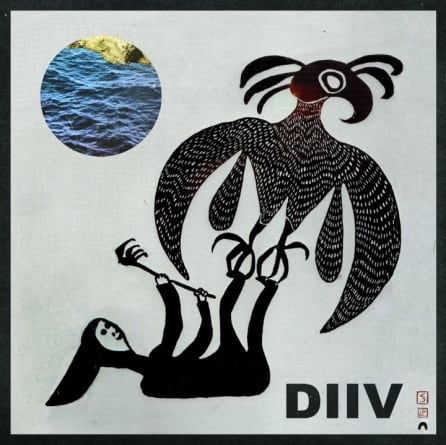 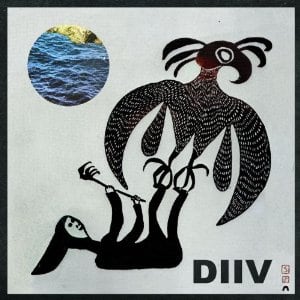 DIIV’s debut record, Oshin, is a perfectly fine piece of introspective, beach-combing dream-pop, the kind that tends to hit hard during this hot summer season. The record thrives on the strength of its melodic, atmospheric guitar riffs. In fact, DIIV might best be understood as a primarily instrumental band, one that is influenced as much by post-rock as dream-pop. Several tunes contain long vamps with melodious guitars played over one or two simple chords. Songs like “Past Lives” and “Follow” are memorable primarily because of their striking lead guitar lines, just as beautiful and natural as the vocal melodies.

Unless you’re perusing a lyric sheet while listening to Oshin, you are unlikely to give the words much thought. That’s kind of a shame. Amidst all the echo-y effects and murky, atmospheric guitars, leader Zachary Cole Smith (also guitarist for the band Beach Fossils) is painting some powerful, poetic imagery. From the expressions of pure desire on “Wait” (“I’ll seep into your bones and innocently wait for love”) to the natural surrealism of “Past Lives” (“Sun tries vainly to stay lit for another day/ Melts into darkness, static state/ Til young light waves in, drink the heat/ And climb and twist/ Fawn looking for a friend to kiss”) to the quirky sentimentality of “Follow” (“I’m listening through tapes for a flash of your face”), Smith gives us lines that are simultaneously subtle and evocative.

Smith’s vocals are mixed low enough and filtered through enough effects that they function as just another layer in the oceanic sonic texture. Tunes like “How Long Have You Known?” and “Home” repeat one key lyric for the whole song (“How long have you known?/ How long has it shown?/Forever/If ever” and “You’ll never have a home until you go home,” respectively). The sheer repetition of these lines carries a lot of emotional weight, but their clarity is an anomaly on the album as a whole.

The exceptional quality of the lyrics coupled with their audio impenetrability begs the question of whether DIIV would be even stronger with a brighter, more vocal-centric mix. It’s tempting to compare Oshin to Real Estate’s sophomore effort, Days, from last year since there are some sonic similarities, and both bands are trafficking in comparable emotional content. The difference is that Days gloried in the strength of the band’s songwriting, with frontman Martin Courtney’s passionate vocals mixed to the fore. There’s no reason why DIIV couldn’t likewise set itself apart from most of the dream-pop outfits of the moment by valuing lyrical content and sonic concept in equal measure.

What we’re left with is a mostly mesmerizing, but occasionally tedious, nautical soundscape. The songs, with their similar rhythms and textures, often lack individuality. Singles “Doused” and “How Long Have You Known?” succeed the most at being distinctive, catchy pop tunes, but the tracks generally work better when listened to in the larger context of the whole record. It’s easy to initially dive—no pun intended—into the band’s sea-like atmosphere, but it’s harder to stay there, emotionally satisfied and consistently engaged.