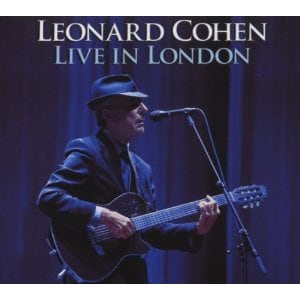 Leonard Cohen took the stage again in 2008 after discovering his business manager had stolen all of his savings while the singer spent time in a Buddhist monastery. Lucky us. On the double-disc Live in London collection, the septuagenarian includes 26 cuts from his multi-decade career. Bob Dylan once said that his earliest output was nothing but sketches to be filled in later by a full band, and Cohen’s songs have never sounded more vital than they do here. Recorded at London’s O2 Arena, the quality is crisp, the band is loose and Cohen’s voice is clear and finely weathered. While the banter is more or less exactly the same as when I saw him live the next year in Seattle, the show still sounds alive and spontaneous despite Cohen’s reputation for perfection. Live in London transcends the fate of most live albums which usually get one listen and then languish on the shelf. It is alive and breathing, a record in its own right that warrants repeated listens and it never fails to reward. – David Harris 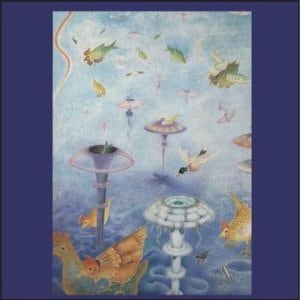 Gotta Let This Hen Out! by Robyn Hitchcock and the Egyptians (1985)

Gotta Let This Hen Out! is the sound of an underappreciated post-punk pioneer rediscovering the vividness of his own voice. Robyn Hitchcock was freshly reunited with a couple of his old bandmates from the Soft Boys, bassist Andy Metcalfe and drummer Morris Windsor (now ensconced behind him, along with keyboardist Roger Jackson, as a backing band dubbed the Egyptians), when he recorded this live show at London’s The Marquee in April 1985. Hitchcock had created fine music on his first couple of solo efforts, but he seems positively revived by the presence of old collaborators, and the group rips headlong through a set of the man’s distinctively wacked-out songs, with just enough of a pause for brilliantly goofy stage patter (he erroneously introduces one song, “This is called, ‘I Suddenly Found Myself Underneath a Bucket But There Was Nobody Else There Except Some Cement So I Went Home Wearing the Wrong Head.’”). The band foists corrosive psychedelia on the audience with “Acid Bird” and taps into propulsive, pop-bomb beauty on “Heaven.” And if there’s a moment of greater cracked loveliness on album than the version of “My Wife and My Dead Wife” housed here, I’ve yet to find it. – Dan Seeger 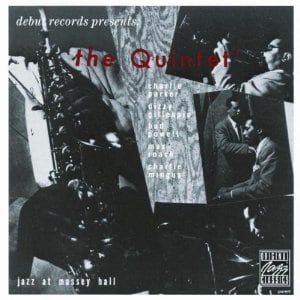 Jazz at Massey Hall was recorded live in Toronto on May 15, 1953. It’s the only recording we have of these five modern jazz musicians (Charlie Parker, Dizzy Gillespie, Bud Powell, Charles Mingus and Max Roach) playing together. It’s amazing that the recording even exists at all. The audience that night was small because of a big prize fight happening simultaneously in Toronto. The concert was taped on a whim by the Toronto New Jazz Society. The album’s lo-fi quality doesn’t deter from the energy and creativity of the music. Gillespie’s solos are full of relentless passion and good-natured wit. Parker’s playing is as melodic and virtuosic as ever, despite the fact that he was playing on a crappy plastic alto saxophone and had to be billed as “Charlie Chan” on the record cover for contractual reasons. The rhythm section is among the tightest ever recorded in modern jazz. In short, Jazz at Massey Hall is a small miracle, a truly indispensable artifact of the bebop era. – Jake Adams 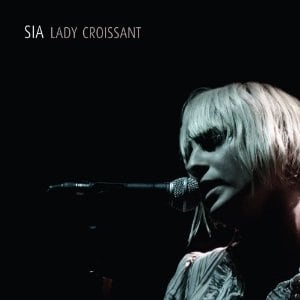 Australian singer Sia doesn’t have a voice I would label as traditionally beautiful. She will not go down in history as having the widest octave range, and at times she could be accused of sounding a little nasally. But there is no one I have ever heard sing with such raw, naked, fearless emotion as Sia does. Her brilliance for singing the living soulful hell out of any song she tackles take songs that others could make overly precious (such as “I Go To Sleep” with the ho-hum refrain “I go to sleep/ and imagine that you’re there with me”) an turns them into heartfelt, unforgettable tunes. This talent is on full display in Lady Croissant, a live recording from a New York Bowery Ballroom performance. In her breakout hit, “Breathe Me,” she restrains her voice down to a whisper and ramps right into a bravado belt by the first refrain—these dips and flights, unconcerned with time constraints or studio values, create a haunting listening experience. Each track resonates with this same unapologetic heart. – Tabitha Blankenbiller 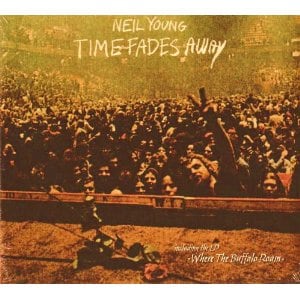 Neil Young has called Time Fades Away his worst album, the flawed document of an overlong tour conducted with an uncomfortable group of musicians. But that roughness is what makes the album such an interesting document, a bridge between the neat balance of albums like Harvest and the burnt-out dissipation of On the Beach. On its own, it’s a dense set of original material that contains both tidy acoustic ballads (“Love in Mind”) and extended jams (“Last Dance”). – Jesse Cataldo