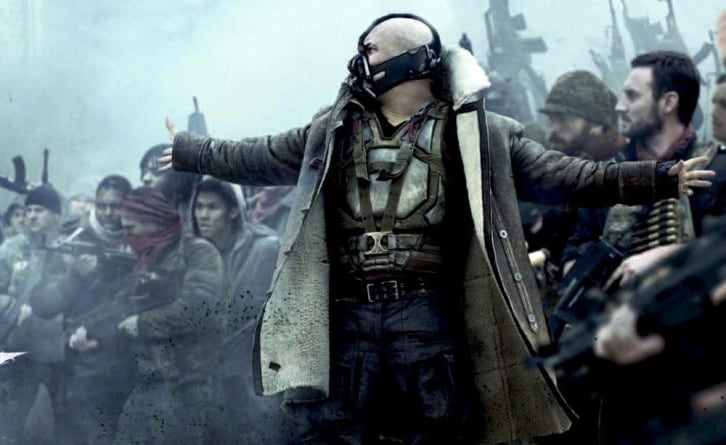 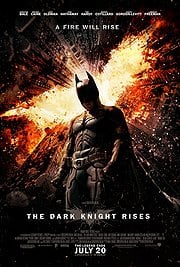 For many, The Dark Knight Rises is the comic book crown jewel of this year’s blockbuster crop. Four years have elapsed since the superlative The Dark Knight, and since then Christopher Nolan has taken a break from Batman and teased us with the somewhat middling Inception. With each new entry in his filmography, Nolan has moved away from the quiet indie roots of Memento and gotten louder, longer and more violent. It is fitting that The Dark Knight Rises is nearly three hours long, filled to the brim with explosions and a nuclear device poised to rip apart Gotham City.

The Dark Knight Rises comes at a somewhat appropriate time as the vestiges of the Occupy movement still linger in many of our cities. Headed by the fearsome Bane (Tom Hardy), the band of villains in this installment are bent on destroying the social order that dominates Gotham, a group of wealthy people who feed on the other classes, the 1% that includes our hero Bruce Wayne. But Bane feels that he must completely destroy Gotham, shake it to the core, for the rot to be completely scrubbed away.

So what exactly are Christopher Nolan’s politics here? Is he saying that the people involved in the Occupy movements will rip the fabric out of our society and that the 1% is necessary to keep order and peace? Perhaps so, considering Batman and the cops must team up to restore order after Bane uses the Stock Exchange to ruin Wayne (Christian Bale). When the film starts, Wayne is a Howard Hughes-like shut-in who has retired his hooded alter ego. Body destroyed from fighting, Wayne is plunged into a battle for which he is ill-prepared and for a good portion of the film Bane keeps our hero incapacitated and locked down.

Despite his surface intention to return Gotham to the poor, Bane is actually planning on using a device from Wayne Enterprises that he has turned into a nuclear bomb to completely destroy the city. This is the third film this summer following The Avengers and The Amazing Spider-Man in which technology made for good is weaponized by the villain. This conceit feels somewhat stale this time around, but a fearsome turn by Hardy keeps the action taut and the film exciting.

Surprisingly, Bale and Batman are off screen for a large part of The Dark Knight Rises, leaving the film to a cadre of supporting characters. Commissioner Gordon (Gary Oldman) and Lucius Fox (Morgan Freeman) are given meatier roles as they conspire to stop Bane. Two new characters get a good chunk of the script: Joseph Gordon-Levitt’s heroic police officer John Blake, whose initial fawning sycophant becomes a major player, and Anne Hathaway is slinky and sly as the thieving Selina Kyle, aka Catwoman, whose tangles with Batman are both physical and verbal.

The Dark Knight Rises is at its best in the final third when Batman returns to save Gotham. It is a long film and it feels slow at some points. Despite its ambitions, it never lives up to The Dark Knight. It is nearly impossible to replace the Joker with a villain equally as compelling and Heath Ledger’s performance is the stuff of legend. Bane is scary, but Hardy’s face is obscured by a mask for the film’s entirety, making it hard to really see the actor. The plot does dovetail nicely with what Nolan started in Batman Begins, but the second installment is most certainly the trilogy’s zenith.

Speaking of trilogy, wasn’t The Dark Knight Rises supposed to be the end? Nolan squanders an opportunity to end things on his terms, giving way to an opportunity for yet another sequel. But whether it’s Bale that dons the cape and cowl next time or another actor remains to be seen. Ultimately, Nolan gives us a complete portrait of a tortured character that must fight through guilt, fear and failure to reach redemption. Regardless of the flaws, Nolan has created some of the best superhero films to date.