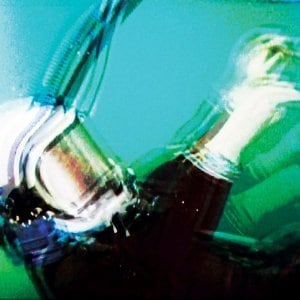 [xrr rating=4.0/5]In a 2009 interview with this website, Peter Silberman described Hospice – at the time recently issued and starting to garner the band significant press – as being “sort of told like a dream…the record’s about life becoming indistinguishable from a dream…” Roll the clock forward to 2012, and that description could in some ways apply to the Antlers’ latest release, the enchanting Undersea EP, though this is essentially where any thematic similarities between that album and the EP end.

Undersea slowly plays out exactly as its name suggests; its four songs gently unwind as their arrangements and vocals float and move in a calm, deliberate way. It is a gorgeously ambient record; Silberman’s reverb-laden vocals meld perfectly with the songs’ instrumentals, especially the carefully crafted layers of keyboards that punctuate each track. Opener “Drift Dive” lays the foundation for what follows, its leisurely pace accented by guitars, a quiet trumpet and Silberman’s falsetto singing. At over eight minutes, “Endless Ladder” is the EP’s longest track and also one of the band’s most textured compositions to date, with both keyboards and electronics again utilized to great effect as Silberman evocatively sings about climbing high or crawling out. “Crest” and “Zelda” continue in this vein, their lyrics returning to images of water and their arrangements gracefully winding around the vocals.

Undersea is immediately reminiscent of Burst Apart but pushes that album’s sonic textures and sense of atmosphere further. It demands careful attention from the listener but also rewards this effort: after repeated listens, Silberman’s vocals become easier to grasp and the songs’ structures begin to feel even more finely constructed. Though Undersea is predominantly a tranquil record, hints of tension occasionally creep in, and this gives it the type of depth that albums categorized as “mood music” often lack. It’s impossible to know based on such a small sample size whether Undersea represents a one-off stylistic diversion for the band or another step in the evolution of their sound. I’ll bet most Antlers fans are hoping it’s the latter.