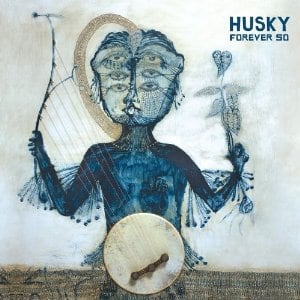 [xrr rating=1.5/5]Austrailian folk-rock quartet Husky compare themselves to Bon Iver and the Avett Brothers, but they still have something of the Commonwealth lurking in their gaping melodies. Frontman and namesake Husky Gawenda and his cousin, keyboardist Gideon Preiss, formed the band based on their love of classic rock and poetic lyricism, then self-recorded their debut album in the back of Gawenda’s bungalow with bassist Evan Tweedie and drummer Luke Collins. Featured on the youth-oriented Triple J “Unearthed” talent contest, the band won a slot at a major Australian festival and continued their climb to the halls of American label Sub Pop, who released their debut album, Forever So. The band is young and certainly eager to please with their debut, but the product is a warm collection of echoing seaside folk songs that feel a bit like a long dip in a tepid sea.

For a band discovered in a nationwide talent contest, Husky don’t seem to have the appeal of a pop star, the swagger of a rock band or even an obvious single to have won with. Their debut album, Forever So, is an exercise in earnestness, every banjo string plucked and piano key plunked with doe-eyed sincerity and unassailable self-seriousness, yet they seem to know as much about hooks as the average trout. Vocally, Gawenda possesses a fine, if untrained, tenor that he insists on burying in its inaudible low end, the mix and sometimes both. He is often indecipherable, undercutting himself as a lyricist by failing to showcase his own words. His stories are lost in transposition. Somewhere along the way, Husky and their producers tragically underestimated the power of memorable melody; from Leonard Cohen’s “Hallelujah” to Bon Iver’s “Skinny Love,” the best brooding poet/songwriters—perhaps all singer-songwriters, really—know that their delivery tells as much of the story as their lyrics; this is why we have an album instead of a book in our hands.

Husky purport to have three vocalists, yet their harmonies are studied at best and perfunctory at worst; they serve no effect, can barely be heard and are overshadowed by inconsistent production. To wit: why is “Fake Moustache” inexplicably electrified, the piano and acoustic guitars replaced with a shrill synth and axe that double one another’s parts? The doubling, as well as soloing by playing the melody note-for-note, constitute their most advanced instrumentalism. Who kept the insipid noodling of the “Instrumental” off the cutting room floor? Their rudimentary instrumental skills glare especially brightly because of the lackluster orchestration; every part seems to exist independently of the others. Nothing within one song feels cohesive, which is the greatest consistency across the album.

Husky fancy themselves capital-A Artists—can’t you imagine them unironically performing with their eyes closed?—but their relative inexperience does not make them fun or push them to take risks. There is little to hear and less to notice on this soupy debut.