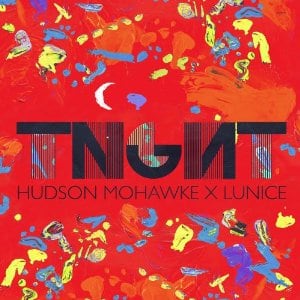 [xrr rating=2.0/5]In 2009, a largely unknown Spanish group named Delorean released a short burst of electronic music called Ayrton Senna EP to general acclaim. Their follow-up album, Subiza, didn’t quite live up to expectations of music critics (including myself), which might say a little bit about how today’s hot property is tomorrow’s old news. It also says a lot about how the hype that builds up around a single brief release is more telling of critics than the music itself. How is this relevant? Because TNGHT, the debut EP of producers Hudson Mohawke and Lunice, is receiving feverish adulation, based pretty much on five brief tracks and some rappers expressing interest.

Separated from the applause and expectations, how does TNGHT sound? Pretty boring, really. There’s only so much that can be said about 16 minutes of tracks that keep to the same basic tempo, but let’s give it a shot. TNGHT is big, empty music, the kind that will keep a sweaty mass of bodies moving in a club all night. I’m not saying that’s a good thing, by the way. It’s music without heart or any interest beyond being loud and brash, though it’s certainly successful at that. The beats have a Neptunes-like simplicity: brief, choppy booms in a loud room, looping over and over. The synths are similarly spare, generally relying on a repetitive pattern of video game bleeps over the length of an entire track. There are occasional flashes of weirdness, like the brief introduction of a baby’s squall in one song or a sped up vocal hook on “Higher Ground,” but this isn’t imaginative music. It’s designed to be stomped and ground to, and it works for that.

But it’s also tacky, garish music. The trend in hip-hop towards huge, flashy beats is understandable, given the outsize personalities that dominate the genre, but it’s not one that rewards artistic expansion. It’s notable that Lunice and Hohawke first came to the blogosphere’s attention through a set at Austin’s SXSW festival. While it’s one of the purposes of a music fest to bring new talent to audiences, there’s a world of difference between hearing giant shiny beats in a sweaty crowd on a hot Texas day than hearing them compressed to a few repetitive tracks. Reputations are built on a combination of expectations and achievements, but TNGHT only has the former so far. TNGHT isn’t doing anything that Lex Luger and Rick Ross haven’t already done, but it’ll probably manage to prosper from adopting their style for a while. We’ll just have to see if anyone’s talking about them this time next year.