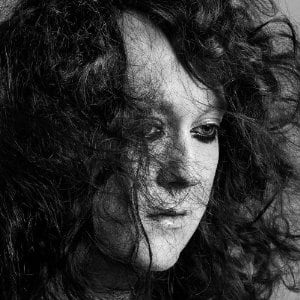 [xrr rating=4.0/5]Antony Hegarty is a person of strong passions. Even a casual listen to the four albums he’s recorded thus far as the main creative force behind Antony & the Johnsons reveals an artist unafraid to give himself up to a whirlwind of emotion. In many singers, this could come off as histrionics or a mental breakdown via emotion, but Hegarty manages to keep a delicate balance between a cathartic release that sounds unrehearsed (though it of course must be) and one that never quite spills into utter chaos. “Calculated” is not a term you would often think to match to the English singer, but it’s an apt one. He never comes off as premeditated, but he most certainly is deliberate.

Cut the World is perhaps the perfect distillation of that quality. Recorded over two nights in Copenhagen with a 60-piece orchestra, it musically demonstrates the contradiction that makes him so fascinating as a singer. An orchestra inherently cannot be out of control; it may sound cacophonous and unleashed, but the rigorous training of even your average orchestral musician is such that it’s a controlled kind of cacophony. This isn’t a slight in any way. In fact, to create the sensation of spinning into emotion while still maintaining iron control and connection with your fellow musicians and audience is a supremely amazing feat. The sometimes operatic, sometimes keening vocals that Hegarty favors complements this perfectly on Cut the World, never completely obscuring the arrangements, but also never being lost under the wave of music.

Drawn from each of his albums, the 12 tracks on Cut the World transition from their studio versions almost shockingly well. The lush sounds of the orchestra suit “Cripple And The Starfish,” bringing gravitas and nobility to self-lacerating lyrics like, “I am very happy/ So please hit me/ I am very very happy/ So come on hurt me/ I’ll grow back like a Starfish.” Hegarty frequently sounds like he could break down in tears or cry out in joy, and Cut the World is no different. Throughout the album, he is swept up in the orchestra and vice versa, whether in the closing moments of “Twilight” or the grandeur of “Swanlights.” Interestingly, the strongest song of all may be the opening titular track, the sole new entry (it’s slated for a Robert Wilson film, The Life and Death of Marina Abramović), a moving query combing odd lines such as, “My eyes are coral, absorbing your dreams/ My heart is a record of dangerous scenes” with the quietly violent tragedy of “But when will I turn and cut the world?”

While Cut the World’s approach to Hegarty’s songs and voice may be perfectly arranged, it isn’t a perfect album. Several tracks are diminished by either the lack of a singing partner (Boy George’s absence on “You Are My Sister” hurts one of Hegarty’s most affecting songs), while the sudden pounding percussion of “Kiss My Name” throws off the rhythm of the album, which is decidedly heavy on strings and melody prior to that. And though it’s not a disaster per se, “Future Feminism” is a bizarre turn early on the album; the second track, it’s approximately eight minutes of Hegarty essentially monologuing on subjects that interest him, from the symmetry of moon cycles and menstruation to the standoff between the “transgender question” (his words) and religion. Although he’s witty and occasionally insightful, Hegarty’s strengths lie in his songwriting and most particularly, his unique voice. It’s an odd inclusion on an otherwise mostly impeccable album, but odd is what you expect from Hegarty.