January 21, 2021
Home Features Rediscover: And Everything is Going Fine 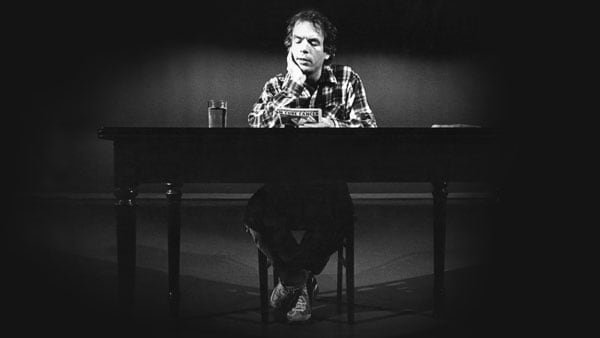 The subjects of Steven Soderbergh’s recent films – a guerrilla, a corrupt executive, a prostitute and a monologist – seem like a broad representation of the director’s diffuse interests, typifying a creator famous for topical and tonal restiveness. But all these projects share a common link, united by shifty, intelligent lead characters in the process of forming their own identities, constructing and tweaking themselves with an eye toward how they’ll be seen by the world. And Everything is Going Fine, a portrait of the late Spalding Gray, details this progression through the lens of what’s ostensibly non-fiction; compiled almost wholly through his own words, it presents a man’s life as the sum total of his stories.

This is Soderbergh’s second film about Gray, who killed himself in 2004, leaping from the Staten Island ferry. The first, Gray’s Anatomy (1996), was closer to a straight performance piece, the kind of story-oriented, flippantly multimedia show for which he became famous in the ’80s. This one is more comprehensive, starting at the beginning and working its way nearly to the end. It collects footage from the mid ’70s up to the last months of his life, after a 2001 car crash left him fragile and depressed. 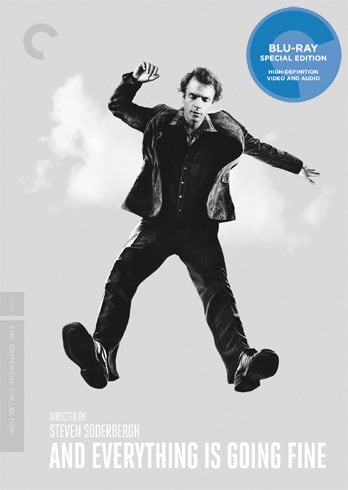 Like the monologues we see excerpted here, And Everything is Going Fine is almost entirely the man talking about himself, cross-cutting between performances and eras to create a roughly chronological tale. Born in Rhode Island to Christian Scientist parents, Gray suffered from anxious neuroticism and a turbulent home life, including a cold mother who was prone to depression. Her suicide in 1967 is one of the film’s axes, a key issue that Gray continuously returns to, offering an eerie connection to his eventual fate.

Mostly, the film is notable for showing the way the man developed his material, which provides a further insight into the figure he crafted for himself. By making his stories all about him, Gray put himself in control of his image, a fact that ties in with Soderbergh’s attraction to the specifics of these kind of surface issues. Here we see the provenance of his stories, the way they shift and change over time, developing steadily through constant retelling. Gray explains the way he came up with his usual format, taking notes, speaking extemporaneously about them, then using a recording of the performance to jog more memories and more associations, resulting in a new sheet of notes to be improvised from. Through this process his first show grew from 50 minutes to over two hours, drawing in new remembrances and tangents.

There are brief moments not taken from Gray’s shows or interviews, mostly home video recordings capturing what he calls his happiest years, a period of calm after fathering a child in his fifties. With no narration or directorial intrusion, his death is not mentioned until the ending credits. This omission might seem strange were And Everything is Going Fine anything resembling a traditional portrait, but the event lies outside the concerns of this film, which is more about the way Gray represented his life than its actual circumstances. “I don’t believe in reincarnation,” he notes at one point, commenting on the reassurance he feels that his stories will survive him, acting as concrete placeholders for his actual self. This hints at the concerns of Soderbergh’s illuminating film, chronicling a man’s transition into legend in fascinating, painstaking detail.

(This review first appeared on Spectrum Culture on 12/13/11)