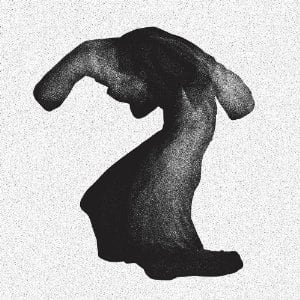 [xrr rating=3.75/5]Yeasayer sure avoided a sophomore slump. 2010’s Odd Blood vaulted the Brooklyn psychedelic poppers from critically solid experimental underdogs to bigger festival stages and broader appeal even as they incorporated tribal sounds and post-apocalyptic overtones. The album’s most notable single “O.N.E” was rightly heralded as a major step forward for the band, one that sounded like dusty pulsars emanating from a Bedouin video arcade. So what does a band whose claim to fame hinges on their originality do for a third go-round? As band member Anand Wilder put it in a recent interview, they branch out further by taking “sci-fi elements and combining it with soul music.”

But third LP Fragrant World, for all its reaches into the ether, is the sleekest Yeasayer album to date. While a more refined sound adds greater accessibility that should continue the band’s upward momentum, the shift from more tribal elements does land the album in more familiar territory, with sounds pulled from the collective bag of tricks of artists like Burial or James Blake. In fact, upon first listen the opening third of Fragrant World kind of stinks. Lead track “Fingers Never Bleed” opens with a clanking syncopated beat that could be the fuzzy facsimile of those found on Thom Yorke’s The Eraser Rmxs. Chris Keating’s hazy vocals come out especially subdued, and the shifting tempos never culminate into anything near what they initially tease. “Longevity” uses a booming drum and faintly Auto-Tuned vocals but sweetly upbeat lyrics like “Live in the moment/ Never count on longevity” sung with mechanical octave-shifts don’t blend well. There’s an out-of-place ‘80s vibe to the chorus of “Blue Paper” that mars an otherwise interesting tune with some nifty break beat work on the drum kit.

But as rhythmic keys begin to ripple over lead single “Henrietta,” the album gains a greater focus, its disparate sounds finally achieving eclecticism rather than straining in their experimentation. Breathy vocals give way to a somber organ and the titter of cymbals as Keating’s voice soars with the repeated line “Oh, Henrietta/ We can live on forever,” which sounds transcendental enough even without the knowledge that he’s singing about Henrietta Lacks, a woman who died in 1951 but whose cancerous tumor cells continue to live on in medical research to this day. In this instance at least, Yeasayer has exchanged their stab at science fiction for science fact.

From there, Fragrant World continues its sonic fusion in a way that’s easier to swallow, and once the scope of the entire album is experienced, the opening tracks can be more easily appreciated as well. I wasn’t completely sold on this album until “Reagan’s Skeleton,” which couples political snark with the closest Yeasayer comes to a house beat. Keating’s voice churns along with the droning guitar, floating synth notes and pulsing percussion as he sings, “That’s Reagan’s skeleton/ In the moonlight/ Don’t fear the red eyes/ They are the satellites overhead.” If there’s a theme song for the absurdity of election years, this heady earworm is it.

When compared to its predecessors, Fragrant World sounds more familiar both as a Yeasayer album and in its overall aesthetic. Eventually, the most successful experimenters trend toward the mainstream simply by virtue of their experimentation catching on with a greater number of people. The album succeeds most when it reins in the band’s penchant for pushing the envelope and focuses more on matching inventive elements with more recognizable song structure. Fragrant World may not reach the heights of Odd Blood, but it’s far from any kind of slump and should further Yeasayer’s ascension.