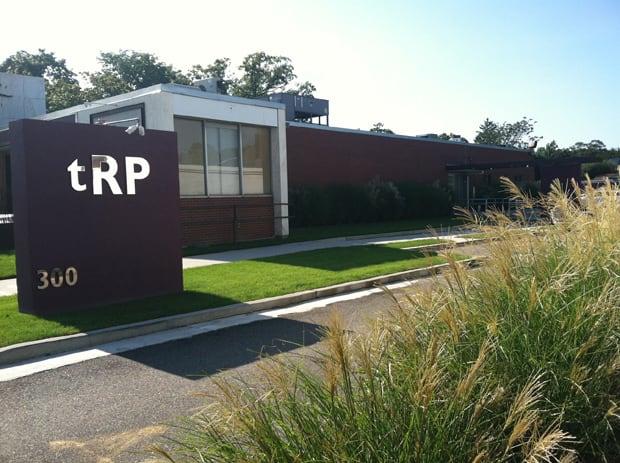 Among the many blessings of dining out lies a dichotomy: sometimes it’s nice to be a regular and be treated with all the familiarity that comes with it. Other times, anonymity can be a blessing and you merely want to be the proverbial lone diner at the bar, left alone to enjoy the meal without being bothered.

On a recent night at the Riverhead Project, the swank, year old addition to Riverhead’s burgeoning downtown, my wife and I were in the mood for the latter, having been on an endless social marathon of weddings and barbeques this summer. So when the well-appointed host came calling on our table as we sat down, my inner monologue was less than appropriate. A dead ringer for Adam Scott of “Parks and Recreation,” I steeled myself for a dissertation on the provenance of the tomatoes on the menu, likely to be minutes long. Instead he simply asked us if it was our first time visiting (it was), welcomed us and said, “Cheers, I think you’re really going to enjoy your meal tonight,” with a steadied confidence that had no trace of cockiness whatsoever. My inner monologue was left chastened.

Our encounter with the host was the Riverhead Project in a nutshell. Housed in an old bank, the veined marble floors of the old tenant have been decorated and furnished as if the “Mad Men” set design team were hired to finish the space. It’s sleek without being overbearing.

The food that comes out of the kitchen is equally as confident. All the buzzwords of our current moment in food are there on the menu: local organic farms noted where applicable, a “foragers stack” promises “something heirloom, something wild-domestic,” there’s even an über-local dish of lobster pierogies, saluting Riverhead’s longstanding Polish lineage. One look at it and you are going to want to hate this menu. Just like our encounter with the host, though, once the food is delivered, it doesn’t come across as being oversold.

An entree of buttermilk fried chicken, named after a Jolita on the menu, was perfectly crispy and well seasoned on the outside, the meat as juicy on the inside as you could ask from a high end fried chicken dish. Whoever Jolita is, she should be proud. The porcini spaetzle that accompanied the seared duck breast threatened to overshadow the main event, an unsung hero on the championship team.

And what of those foraged, heirloom salads? As trendy as it is, the simple act of putting out dishes of locally available vegetables at the height of their freshness still requires a little finesse as they pass through the kitchen. A salad of greens, tomatoes and radishes from Early Girl Farms (15 minutes down the road) still required a subtle buttermilk dressing from the kitchen to elevate them. It didn’t disappoint.

The fact is, the Riverhead Project ticks off all the check marks for an excellent new restaurant. There is more afoot at the old bank on the east end of Main St. The thought that any sort of high-end eatery would have chosen downtown Riverhead as its location would have been inconceivable just a decade ago. Long depressed, Main St. was a stretch of many empty storefronts, a long-closed dilapidated theatre and not much else. Even the opening of The Long Island Aquarium, a real gem, on the far-east side of town in 2000 did little to change the blighted downtown district. But slowly the lights have come on, the theatre is in the midst of a major restoration and the thought that the community could support a fine dining restaurant is now a reality.

And it makes sense. Riverhead sits at the axis of the twin forks Long Island’s east end. New York’s most productive farm land as well as an abundance of wineries dot the rural north fork, and a well heeled clientele tailor-made for an upscale restaurant spends their weekends in the Hamptons along the south fork. In a real way, the restaurant is the fulcrum of those two areas. The project goes beyond that. In an effort to make further inroads into the community than a normal restaurant might, the Riverhead Project has hosted everything from movie nights to a regular book club in the basement vault, where a menu of small plates is available (our host filled us in on this during dessert, when we were infinitely more receptive to the spiel).

Main St. still might be at half capacity, but Riverhead is a fun town to visit again. You could make the mistake of seeing pretension where there is really just ambition if you visit the Riverhead Project, but just tell your inner voice to quiet down if that’s the case.