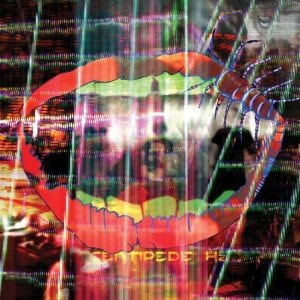 One of the most remarkable things about Animal Collective is that, despite their experimentation, their general indifference to conforming to any recognizably mainstream sound and despite the immense critical success they’ve garnered, it’s possible to listen to and talk about them as if they were nothing more than a humble pop group. In this sense, one of their most obvious points of reference is none other than the Beach Boys, to whom Animal Collective vocalist Noah Lennox (Panda Bear) has often been compared—other areas of overlap between the groups include generally boyish attitudes and sun-soaked cosmic mysticism. Animal Collective aren’t the only group in the indie world to function so purely as pop, but the terms with which these groups—from Vampire Weekend and Sleigh Bells to Grimes and Elite Gymnastics—are discussed betray the casual, accepted prejudices surrounding pop music. We can say that these groups “redeem” pop or that they make it “interesting,” but neither is really true at all, only succeeding in exposing barely concealed assumptions. Most important for Animal Collective, it’s not “all the other stuff” that makes them interesting; it’s precisely the pop element, their ability and willingness to write good songs with engaging meanings. And like a lot of good pop albums, Centipede Hz may not be more, conceptually, than a collection of songs, but it’s worth questioning why we would want more than that.

If anything distinguishes Animal Collective from their pop brothers and sisters, indie all the way up to mainstream, it’s their organicism, which makes them seem less like musicians than botanists or, more humbly, a group of young men engaged in husbandry. Animal Collective’s songs can sound like organisms, growing and mutating before our eyes and ears. Their collective even includes a member named Geologist (alias of effects master Brian Weitz), of course, so the natural world is never far from the center of their music, and it reappears throughout Centipede Hz, whose title suggests a marriage of nature and technology that could serve as an ideal of Animal Collective. “Applesauce,” one of the album’s stand-out songs, mentions mangoes, honey, star fruit, cherries, lemons, and two kinds of apples. The song not only drips with sensory details, it also serves as a play on the frequent comparison of pop music with candy. Animal Collective reassert pop’s sweetness but retain none of the scorn for pop music in general that often accompanies this comparison.

Another distinguishing feature of Animal Collective is their intentional youthfulness, perhaps the deal-breaker for those who dislike purposeful naiveté. In so many ways, the group come off as a group of pre-adolescent brothers creating a joyful racket. Their lyrics make numerous references to childhood (“Moonjock” is about that quintessential youth experience: a car trip with mom and dad) or adopt a youthful, childlike tone (the aforementioned “Applesauce”). But beyond this, their music embodies the probing, questioning attitude of young kids, occupying a psychological space before the cynicism of adulthood colonized the mind. This is evident in the album’s other standout song, “Monkey Riches,” where Dave Portner (Avey Tare) sings with genuine mystery, “It makes me wonder how I even wrote this song / Does this not occur to almost everyone?” It seems that only the language and tone of youths can succeed in capturing this wide-eyed wonder that Animal Collective so often aim for—one song here is, to this point, even titled “Wide Eyed.” It’s not that adults have the answers that children seek (or have failed to find them) but that they lack the inner integrity to ask questions in a genuine manner. From their lyrics to their steady sonic exploration, Animal Collective embody this youthful ideal.

Animal Collective can infuriate some who reject this studied innocence. In their most manic moments, they can sound abrasively sincere. It is this kind of emotional expression that generates intense divisiveness. But not all their songs tend towards this smiling sweetness: one of the finest songs on the album, the Lennox-led “New Town Burnout,” finds Animal Collective in a dark, inward-looking moment of reflection. The song functions as the album’s heart, arriving about halfway through and cutting straight into its emotional center with a recurring, jagged wind-like sound of indeterminate origins—mysteriously, the Riverside Middle School Choir sings on “New Town Burnout,” suggesting that this sound might be processed choir vocals. Working in conflict to the steady groove built up by the song’s percussion, this sound begins to acquire a cutting directness, exerting its gravitational force on the song and pulling it down to earth. The chant-like song suggests a sadness not always present in Animal Collective’s music (“Lift this weight… weight… weight” is repeated near the end, Lennox alternating tones as if wrestling with some inner darkness), and this is not only refreshing but also cathartic, the awesome, heavy sound of purgation.

“New Town Burnout” bleeds into the aforementioned “Monkey Riches,” and in fact, this technique of interlocking songs, held together by noise and sound debris, is used frequently here. It doesn’t succeed in creating anything like a concept album out of Centipede Hz, but it does suggest an apt for Animal Collective’s music: the commune. Songs are organized with no great separation from one to the other, suggesting an expansive territory of zones, each of which serves a purpose but none of which supersedes any other in terms of importance. This is the pop album, a mere collection of songs, reconfigured to suit the group’s shaggy-headed cosmic communitarianism. Inside their album, there is no distinction between the organic qualities of the human voice or the resonant skin of a drum and the artificiality of synthesizers and samplers. Above all, this lack of neuroticism regarding the meaning of the tools we use to achieve our goals is also the source of Animal Collective: The Great Pop Band. Songs, one of the oldest musical media known to humankind, are what they use as their humble vehicles for exploration and experimentation.