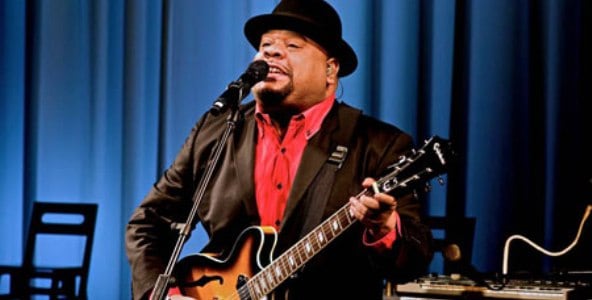 Though Spike Lee has always been known as a director of passion, it’s remarkable how often that passion has been expressed through the art of others. As the director’s oeuvre enters its fourth decade, he has been behind the helm of an increasing number of documentaries, filming an incredible eight full-lengths since 2000. Considering how his early works, such as School Daze (1988) and Do the Right Thing (1989), were intensely personal stories based in his own experiences and often featuring him as an actor, it’s a remarkable shift. An armchair psychologist could postulate a lot from that: that the passion of singular real life experiences has simply faded, as they do for us all. Or that his misfires like Bamboozled (2000) and She Hate Me (2004) have crippled his ability to find the kind of financing necessary for such personal stories. Or even that he’s simply run out of ideas. But I’d prefer to assume that as Lee has aged and matured, he’s grown more interested in the stories of others. Point in case: Passing Strange.

First released at the 2009 Sundance Film Festival, Passing Strange is something less than a documentary, but more than a simple concert film. In its original form, Passing Strange is a rock musical by Stew (nee Mark Stewart) along with collaborators Heidi Rodewald and Annie Dorsen, detailing the life of a young African-American musician struggling to find his own identity. But through Lee’s filming of the final three performances of its run at New York City’s Belasco Theater in 2008, it becomes something more. It’s a skillful combination of the rapid-fire editing of the film medium, while still retaining much of the closeness and intensity of theater and the raucousness of a rock concert. In atypical fashion, Lee remains aloof from the film, not dominating or politicizing the subject matter. Instead, he simply lets the performers tell a story and uses his finely honed cinematic abilities to improve it almost invisibly. 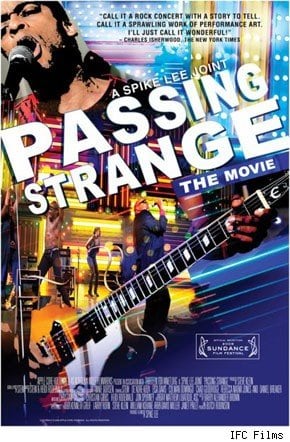 Passing Strange opens simply, with a rock band on stage backing the Narrator, who introduces himself as Stew through song and invites the audience into the story of a middle class African-American boy (Daniel Breaker) from Los Angeles. Meta-references are a big part of the story, and they’re there from the very beginning. Aside from the more standard winks to the audience and breaking of the fourth wall, the Narrator and other characters openly refer to themselves as a story. More than that, they comment on their own abilities (and inability) to tell their own story, often using the same actors in multiple conflicting and complementary characters. The Youth (he’s unnamed throughout the story) argues with his religious mother (Eisa Davis), gets involved (and high) in church choir, moves to Europe to experience various art movements of increasing pretentiousness and finally moves back home, all in the quest for some indefinable essence referred to as “the Real.”

Although the narrative of Passing Strange is partially based on Stew’s own life (and as the Narrator, he clearly interacts with the Youth as an aspect of his own experiences), it often tends to be a fairly standard Bildungsroman. The real strength of the film is in the songs, which vary wildly from garage rock to gospel to jazz and punk. It’s a remarkable collection of musical styles which at first seem disparate, but ultimately grow cohesive as the Youth grows into maturity. The humor of the play is more variable, being based mostly in the kind of broad mugging that’s directed to a live audience. Without the mass energy of a group, it’s far more difficult to actually appreciate the sometimes childish puns and gags.

And that’s where Lee’s expertise as a filmmaker comes into Passing Strange. Although it’s clearly a stage performance, Lee holds off on revealing audience shots till later in the film, so as to draw the viewer more strongly into the story. Similarly, the early scenes in the film are mostly at natural angles and in medium frames, until a quick cut to the Mother slapping the youth gives it a close up jolt that live performance could not. From there, Lee slowly expands, letting the actors do their work but subtly accentuating it with a range of close ups and cuts designed to heighten the rhythm without sacrificing the illusion of a live performance. It’s a remarkable feat for a filmmaker so often known for his dynamic style. Perhaps at this point in his career, Lee has learned to take the back seat to another’s story. Perhaps he simply was such a fan of the style and story of Passing Strange that he didn’t want to make it wholly his. Either way, he may not make Passing Strange the musical what it is, but he makes Passing Strange the film possible.