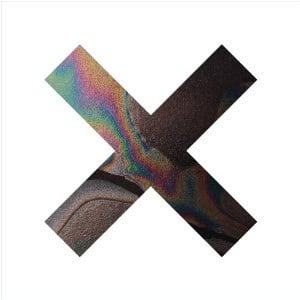 Their moniker like a pair of random variables multiplied against each other or, alternatively, forced into a testy marriage, the xx were faced with a dilemma ahead of their sophomore outing, Coexist. After being launched to an uneasy stardom on the back of their fine 2009 eponymous debut, were they to continue to try to earn the buzz they’d already been granted or acknowledge they were now bigger than the buzz? Today, the group aims to make these dual identities coexist while also balancing them against the minimalistic sonic arrangements listeners expect.

The formula isn’t complex, but nor is it easy to pull off. At least one former member of the group, guitarist Baria Qureshi, found the pressures – and her bandmates – hard to manage (“kicked out by txt,” she alleged in 2010), leaving Jamie Smith and co-vocalists Oliver Sim and Romy Madley Croft to craft Coexist on their own. Smith, rechristened “Jamie xx” while pursuing dubstep/DJ side project interests that played a hand in Coexist’s formulation, pulled back on all but the sparest guitar and percussive accompaniments for the record in mixing it. True, many of Coexist’s individual tracks sound a bit like nearly-a cappella R&B standards with all the vowels removed, but The xx’s plush urgency has been mostly displaced by a few sap-slow ballads here. Though not nearly the accessible “Intro” of The xx, despite some unconscious songwriting, “Angels” comes across as the more patient sibling to their debut’s latecoming “Night Time.”

But overall little life is breathed into Coexist before “Fiction,” pulsing almost palpably, arrives on the scene. The sparse beats that seemed instantly familiar wafting from countless speakers in 2009, then making it to every retail setting by the following year, are supplanted on Coexist by canned club rhythms (“Swept Away”) and wandering guitar lines. Stripped of a lot of the hip-hop inflections and classy punch, as well as much of the duetting vocals that lent the first record considerable charm, any opportunity for the latter (such as the sliver of duet on “Reunion”) on the record is likely to be welcomed by the listener.

Something about Coexist feels like it’s the missing double LP twin to their debut rather than a proper, standalone follow-up. The album doesn’t venture beyond the territory covered by their debut, and in fact seems to mostly retreat into it. Besides a noticeable scaling down of musical window dressing, the sonic palette has been little altered. Accordingly, Coexist is a slender volume. Though almost 40 minutes long, laid end to end it would be, like its predecessor, mostly empty space. In such bountiful silences, there is considerable room for what’s left unspoken – or even unplayed – to rise to the fore. (They come closest to resurrecting the haunting flavor of their debut in the resonant echoes of “Missing.”) But in putting forward a mostly moribund, monochromatic frame for Coexist’s tense, adversarial silences to fill, the normally more powerful effect is lost. The result is something that points to but does not recapture the considerable dynamism of their first record.

Though they never reach the manifold effortlessness of that first LP, like stray mid-record downers or the subdued soundtrack to an early morning comedown, there is a definite place for these most recent pop sensibilities too. And often they work – implying hushed, sacred existences in the hilly suburban expanses south of the world’s current cultural capital. As a slight right turn for the group, Coexist as an album is neither a negation of their debut nor a change in tack that is drastic or necessarily permanent. In highlighting differing poles in their sound, their minimal aesthetic has proven highly modular. If Coexist represents an intention to skip the third record, cool down and head back to putting out hot beats, the xx might still be on to something.