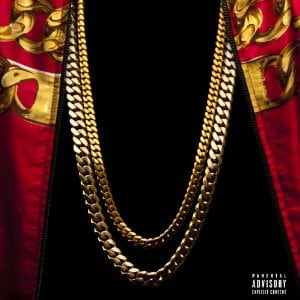 [xrr rating=3.75/5]Few stories in hip-hop are as inspirational as that of 2 Chainz. Originally Tity Boi, one-half of platinum rap duo Playaz Circle, 2 Chainz found himself floundering for years, unable to recapture the success of the group’s platinum single “Duffle Bag Boy.” One name-change and subsequent catchphrase later, 2 Chainz is among the hottest names in rap. One of the most sought-after guest appearances, anticipation for his debut solo album rivaled that of Canibus and, more recently, Nicki Minaj. But unlike their highly-compromised first runs out the gate, 2 Chainz’s Based on a T.R.U. Story delivers far beyond any and all expectations.

There’s nothing more challenging in the music industry than recapturing a buzz, and once that happens, the level of hype to live up to is nothing short of daunting. 2 Chainz is likely aware of this, which is why Based on a T.R.U. Story is easily the best project he’s ever had his name associated with. After working tirelessly for the past five years to get into this position, it really seems 2 Chainz didn’t want to merely pander or crossover, but fulfill his one guaranteed shot at a major label full length by making the exact album he wanted to make. The most artistically bold mainstream release since Waka Flocka Flame’s 2010 Flockaveli, Based on a T.R.U. Story packs a surprisingly deep display of lyricism with some downright avant garde beat selections without sacrificing accessibility.

2 Chainz’s off the charts charisma is ideal for the major-label push. Not only does it allow for him to cover a wider variety of topics without alienating the listener, but it makes even the lesser-relatable aspects a blast to listen to. 2 Chainz is a student of traditional hip-hop but also seems to genuinely love partying, so when he references Digable Planets, Kool Moe Dee and the Baller Blockin’ soundtrack during his club songs, it sounds incredibly natural. He also knows how to stretch syllables to a downright impressive degree, making boasts about his sexual prowess on songs like “Yuck!” (“Known to act a donkey on a camel toe /Then take the camel toe and turn it into casserole”) finely crafted enough for any hip-hop fan to appreciate.

While Based on a T.R.U. Story sounds like a fully cohesive album, it’s interesting to note that, of the 13 tracks, only two share the same producer. Miraculously, 2 Chainz has selected beats from Bangladesh (“Dope Peddler”), DJ Mustard (“I’m Different”) and Drumma Boy (“Money Machine”) that really sound like nothing else on rap radio today, but maintain the album’s upbeat tone to keep the party going without being dumbed down or playing it safe. Even the album’s one serious moment, the Scarface and John Legend-assisted “Ghetto Dreams” (produced by 6 July) feels in place and gives the project a sense of balance.

It’s one of the year’s biggest surprises that Based on a T.R.U. Story is as good as it is. Not just better than expected, it’s the increasingly rare major label straight-up rap release that isn’t shoe-gazingly depressing or half-obsessed with appealing to non-rap fans. 2 Chainz has returned fun hip-hop with a razor sharp wit to the mainstream, and we’re all the better for it. Also worthwhile is the deluxe edition that includes four bonus tracks which are just as strong as the album cuts.