Please Kill Me: The Uncensored Oral History of Punk by Legs McNeil and Gillian McCain (1997)

Please Kill Me is that thing that all music writers wish and hope they will someday achieve: the definitive statement on a time, place and genre. It establishes the multiple melting pots to the fuzzy genre we think of as punk music, in a manner that’s now as imitated as a two chord riff: simply by speaking to the people who were there, man. Authors Legs McNeil and Gillian McCain laboriously collected interviews from scores of notable figures of rock history and the art world, from the Ramones to Jim Morrison to Iggy Pop to Malcolm McLaren, to name just a few. Organized as a personal history from multiple perspectives, it does the impossible job of reconstructing the tangled origins of an entire genre. It’s a book of contradictions, rumors, facts, slander, beautiful moments and terrible heartbreak. In short, it’s the book of punk. – Nathan Kamal 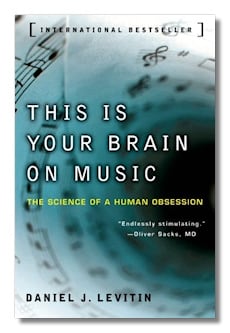 This Is Your Brain on Music: The Science of a Human Obsession by Daniel J. Levitin (2007)

Daniel J. Levitin is probably the only neuroscientist who has also worked as a session musician and producer. His This Is Your Brain on Music is a fascinating study about what happens in the brain when we listen to music. Covering topics like how the brain remembers music, how music impacts our moods and why musical preferences vary, Levitin explains the processes occurring in our brains without turning it into a boring academic lecture. Most provocatively, he argues in favor of the evolutionary origins of music, essentially suggesting that even thousands of years ago, a guy’s musical ability was a good way to get himself laid. – Eric Dennis 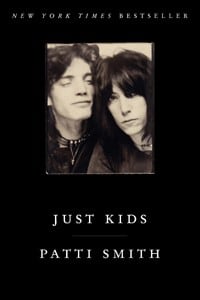 Even though Patti Smith’s memoir casts its eye on Robert Mapplethorpe and their relationship, her own growth as an artist and poet forms a counterpoint to Mapplethorpe’s journey of self-discovery. Both harbor dreams of lives dedicated to art. The book follows the pair’s connection from friends to lovers to platonic soul mates. Smith writes with a clarity that reveals a strong sense of her ethos and aesthetics. Her story has a natural tone without any self-serving deception. Along the way, she captures the broad sweep of change from one tumultuous era to another. She mourns John Coltrane’s death, is floored by Jim Morrison at a Doors concert and shares the chaos of living in the famous Chelsea Hotel. The book is packed with anecdotes of their lives on the fringes of the New York art scene and the world of rock ‘n’ roll.

Two thirds of the way through Just Kids, we finally see Patti Smith blossom into her rock poet persona, accompanied by Lenny Kaye at St. Mark’s Church in 1971. Steeped in the poetry of Arthur Rimbaud and William Blake, her words are sharp and confrontational: “Christ died for somebody’s sins / But not mine.” An exchange with Robert Mapplethorpe the year before proved to be the signpost: Smith declared, “I want to be a poet, not a singer” and Mapplethorpe responded, “You can be both.” Four years later, she’d finally record Horses and the rest would be history. – Jester Jay Goldman 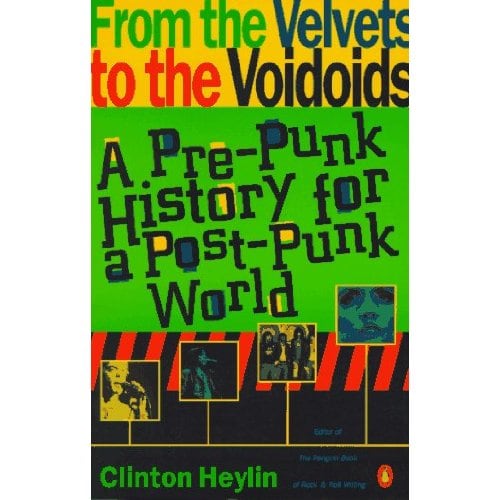 From the Velvets to the Voidoids: The Birth of American Punk Rock by Clinton Heylin (2005)

Here is one for all of you just getting back into university: If the average underground punk song is 2:45, how many songs can you listen to while completing the 430-page From the Velvets to the Voidoids: The Birth of American Punk Rock? Answer: enough to actually understand what Alan Vega was screaming about during his first piss-soaked performances at Greenwich Village’s Mercer Arts Center. Author Clinton Heylin follows the (literal) collapse of the proto-punk landmark with detailed accounts of NYC’s multiple waves of punk rock epicentered at CBGBs. Unlike many of his punk historian peers, Heylin delves into the highly influential Cleveland and Detroit scenes. Written through fanboy zest, selected quotes and interviews reach to the core of artists ranging from Richard Hell to David Byrne. A true must-read for those with an inquisitive mind into the history of American music — not just early punk. – Derek Staples 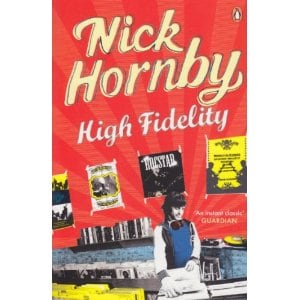 Nick Hornby’s 1995 novel High Fidelity is one of the few modern works of fiction that truly gets the joys and foibles of obsessive music fandom right. Protagonist Rob Fleming, a London record shop owner, organizes his life around popular culture. His friendships, relationships and day-to-day life are all run through the lens of music. At times he comes off as a charming connoisseur, while at other times he comes off as a pretentious asshole. At the end of the day, though, High Fidelity speaks to anyone who has ever made a list of the top five side one track ones or organized their records autobiographically. – Jake Adams