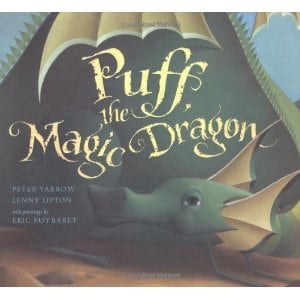 Puff, the Magic Dragon by Lenny Lipton and Peter Yarrow (1965)

Sweet childhood, an imaginary dragon and the soothing harmonic strains of Peter, Paul and Mary – I’m so glad I had a whole year to be seven. A 45 often spinning on my Fisher Price record player and eagerly awaited CBS Saturday night “Special Presentation,” I celebrated Puff in every medium. Don’t bring up the pot metaphors, though: I get it, but my kiddie brain certainly had no concept of it, and my (more) adult brain refuses to link this utopian playscape with tangentially déclassé stoner chuckling. Let me love Jackie Paper and Puff on their own terms, and let me thank them for inspiring a folk song favorite. – Stacey Pavlick 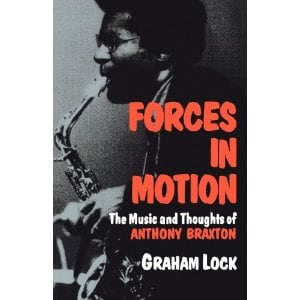 Forces In Motion: The Music and Thoughts of Anthony Braxton by Graham Lock (1988)

Chronicling Anthony Braxton’s 1985 tour of the U.K., Graham Lock’s Forces In Motion was the first book-length study of Braxton’s music. A revelation when it was first published in 1988, it remains not just the best book on Braxton but one of the best music books ever written. Structured as a tour diary interspersed with extended interviews with Braxton and the members of his “Second Great Quartet” (pianist Marilyn Crispell, bassist Mark Dresser and drummer Gerry Hemingway), the book succeeds on many levels: as journalism, history, biography, sociology and, most importantly, as a crucial piece of musicology, clearly explicating the inner workings of this composer/instrumentalist’s ambitious and almost impenetrably difficult work. Braxton comes across as not only hyper-intellectual but also charming, funny and downright sweet while his band members express a profound devotion to the man and his music. Lock manages to penetrate the obfuscatory jargon and mystical mumbo-jumbo to engage his subject in plain English, clarifying the underlying philosophies and revealing the awesome breadth of Braxton’s artistic vision: music for 100 tubas, a week-long opera, compositions for multiple orchestras across distant planets, etc.—rather than sounding completely insane, this seemingly impossible work starts to appear not only doable but necessary. Forces In Motion is the essential primer on Braxton’s music. Moreover, it rewards repeated re-readings, yielding renewed inspiration on every page. – Rodger Coleman 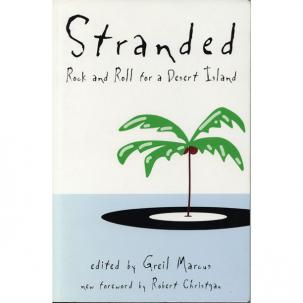 Stranded: Rock and Roll for a Desert Island edited by Greil Marcus (1979)

While rock certainly – and unfairly – steamrolled pop music and teenyboppers on its way to cultural legitimization, the writing to come out of the ‘60s and ‘70s remains some of the finest music criticism. Stranded, a collection of essays edited by Greil Marcus that asks other music critics to write about the one album they would bring with them to a desert island, is one of the best collections of such criticism. Inside Stranded we get Nick Tosches’ ridiculous, wandering ode to Sticky Fingers, Robert Christgau on the New York Dolls, Janet Maslin on the Kinks and, most memorably, Lester Bangs preaching at the altar of Van Morrison’s Astral Weeks. Stranded is occasionally problematic due to a lack of female writers and a lack of black artists represented, but it’s still an essential look at rock’s journey to cultural legitimization. – Kyle Fowle 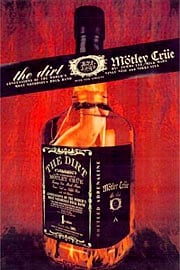 Mötley Crüe – The Dirt: Confessions of the World’s Most Notorious Rock Band (2001)

The Dirt is the Gimme Shelter of music books, a travelogue of hell that lists all the drugs, alcohol and people consumed as if they were gruesome campaigns in a war. Each chapter unfolds in the first-person perspective of one of the members of the Crüe, who each have their own vices, freak-outs and breakdowns. Each goes through enough tabloid-ready travesty to fill his own memoir, but the interconnection of the stories ironically heightens the sense of narcissistic oblivion more than single-perspective autobiographies. Among the more harrowing stories: frontman Vince Neil getting into a drunken driving collision that killed friend and Hanoi Rocks drummer Razzle, and bassist Nikki Sixx becoming so addicted to heroin that he snuck out of a hospital after overdose to go home and inject again. Nary a mention of the actual music gets mentioned here, but as a description of the self-immolating terror of rock ‘n’ roll fame, nothing approaches The Dirt. – Jake Cole 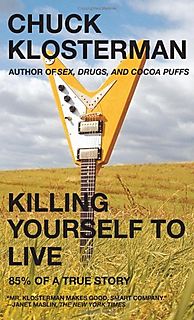 As Chuck Klosterman highlighted in his third book, an early death can be an occupational hazard of rock stardom. In Killing Yourself to Live, Klosterman tours the death sites of icons such as Duane Allman and Kurt Cobain, ruminating on the greater existential meaning of those tragedies rather than on specific details. As always, he injects a healthy dose of himself into the narrative, reflecting on how music and the death of both musical movements and musicians themselves mirror eras in his own life and romances. Klosterman’s a master of tying together tenuous links and making them plausible, even if only hypothetically, and of elevating icons to supernatural status. After all, in this book he claims that Radiohead’s Kid A, released in 2000, somehow foreshadows the events of 9/11. In less capable hands, this book would be a mess, but Klosterman weaves an intimacy with the reader and the subject matter that results in an enthralling journey that’s about much more than music. – Josh Goller