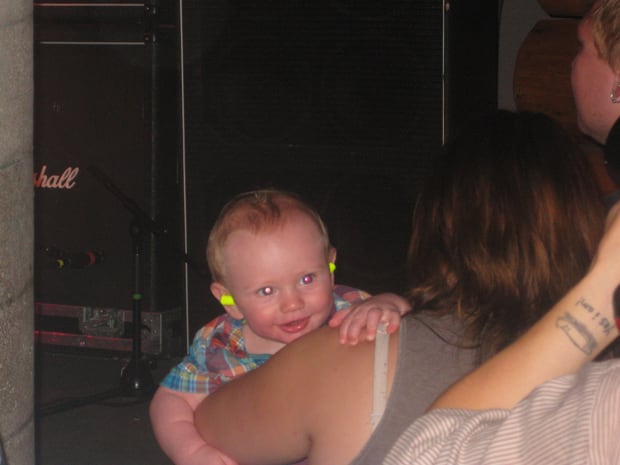 “Holy shit! There’s a baby in front of my amplifier!” Lou Barlow shouted before Dinosaur Jr’s 30 minute set. Who the hell brings a baby to rock show? Parents that sit outside and blow smoke in said infant’s face, that’s who. Enough moralizing. Dinosaur Jr. played a relaxed set with no list, allowing audience members to shout out songs they wanted to hear. The baby couldn’t request one, but if he could I bet it would have been something off Bug.