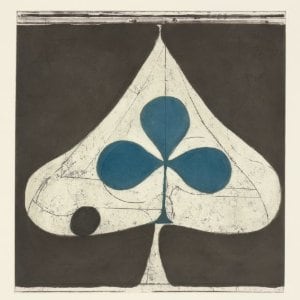 Though only six years removed from their breakthrough record, Yellow House, Grizzly Bear seem to be a completely different band than the one that made that stirring, sparse album. Since 2004’s Horn of Plenty, the Brooklyn band has made continuous efforts to transform their sound, avoiding stagnation with each subsequent release. The culmination came in the form of Veckatimest, a near-perfect blend of sonic experimentation and pop-centric songwriting. Now, in 2012, Grizzly Bear have delivered Shields; aesthetically, it plays as a grittier cousin to Veckatimest, sacrificing much of that record’s charm and hooks along the way.

Shields starts with a bang, though, the tone-shifting “Sleeping Ute” acting as an overarching introduction to everything Grizzly Bear does well. There’s a bevy of layers that intricately weave together, while Daniel Rossen’s airy vocals fill out any empty spaces. It’s a staggering opening, yet it’s infused with a momentum that the rest of the record fails to keep up with. In fact, most of the record is plagued by a lack of urgency and immediacy. “The Hunt” bears some resemblance to the chamber-pop cuts of Yellow House, but is bogged down by a laborious, slow moving foundation of piano acoustic guitar. “Gun-Shy” is notable for its generally upbeat arrangement, but the added polish only underscores how many ideas go unfulfilled throughout this record.

Shields is a record that feels listless. It presents a plethora of ideas, but those ideas never come to a conclusion. Instead, Grizzly Bear wanders aimlessly, and while they certainly indulge their fair share of psych-rock tendencies, making for the occasionally invigorating movement, there’s little cohesion to the proceedings. Grizzly Bear have never been great lyricists, but on previous records – especially on Veckatimest – the lackluster lyric sheet could be overlooked in favor of the arrangements. Rossen’s guitar tone, Ed Droste’s unique vocal harmonies and Chris Bear’s numerous instrumental parts all worked separately to create a compelling whole. By comparison, Shields feels stylistically bland, while the lyrical themes are either hopelessly cliché or flat out nonsensical. At the outset of “Speak in Rounds,” a track that shares similarities with the wonderful “Southern Point” (from Veckatimest), Droste sings, “If I draw you upside down/ I can’t let go”, the first of many meaningless, or at the very least obtuse, couplets. The stagnant, unimaginative lyrics throughout Shields wouldn’t be such a burden if their sonic counterparts were there to bolster each track, but that’s not the case here.

While “Sleeping Ute” and “Yet Again”, anchored by driving percussion and inventive sonic turns, are among the finest songs the band has put to record, the majority of this release is an exercise in indolence. Whether droning, jamming or harmonizing, it’s a record that feels purposeless and, worst of all, forgettable. With the exception of the two previously mentioned standouts, there’s no “Two Weeks,” “While You Wait For the Others” or “Knife” here. As their discography suggests, Grizzly Bear will certainly continue to expand and experiment with their sound, and while there’s significant potential in the creative vision presented by the band, Shields is a disappointing tinkering with their often-reliable songwriting formula.

If you wanted to be particularly cynical, you could say that Caitlin Moran’s How to Be a W…