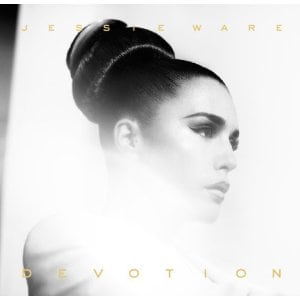 [xrr rating=3.0/5]For all that’s been written about hip-hop’s influence on American pop music in the ‘90s, the same could be said for its impact on British soul in the 2000s. Not just merely in terms of beat selection, the aesthetics of reinventing new sounds through older elements as well as the warmth of the production has proven to be a winning combination. But this isn’t to oversimplify London-born Jessie Ware’s new album Devotion or damn it with faint praise. Beyond all the critically-hailed buzzwords thrown at the album like a cultural studies thesis, Ware’s talents and the overall quality of the album is what makes it a solid, though not phenomenal, record.

It may be facile for a stateside critic to draw comparisons to Amy Winehouse, but in Ware’s case it’s apt. Not unlike Frank-era Winehouse, Devotion was crafted by someone who knows how to convey perspective through an amalgamation of direct influences in a fashion that remains wholly unique. But whereas Winehouse’s sound was initially the result of her upbringing on ‘90s East Coast boom-bap and turn-of-the-century underground grit, Ware reflects the soft crunch of hip-hop’s last five years, giving her a creative soundscape that more resembles a park than a playground. Likewise, instead of adorning these backdrops with Winehouse’s sultry snark, Ware gives us glimpses of her fully engaged emotions, making the listener intently pay attention to gauge her feelings.

There’s a lot of talk about how sophisticated Devotion is, but for all the “sophisti-pop” labels people have tried to throw on it, it’s easy to miss what makes this debut feel like a more mature record. It’s not that she’s exploring particularly complicated themes or engaging in overtly complex and experimental wordplay, but rather the subtle nuances in vocal performance. Along with sounding like a bashful angel, the stories Ware is able to tell with her range alone is what gives the album its depth. From a wavering whimper to a soaring sweep, it accents the minimalist production perfectly, keeping her the star at all times.

The convergent force of her vocal abilities, strong presence and simple backdrop is what makes Devotion so fulfilling. “Wildest Moments” sounds like Ware is wandering through a well decorated elementary school hallway of a relationship. “No to Love” captures the confused frustration of rejection. “Taking in Water” conveys the feeling of self-sacrifice. These songs would conjure the same empathy without lyrics, but coupled with them, they’re simple breakdowns of complicated endeavors shot through with remarkable clarity.

All these aspects come through in full on “Night Light.” It involves an almost childlike metaphor about being watched over “like a night light” does a dreamer. But the peaks and valleys of Ware’s vocals and Dave Okumu’s wonderfully structured production turn the song into something spellbinding. Devotion is a strong debut whose power doesn’t come from being some sort of game-changer or innovator, but rather being a lonely satellite, creating its own orbit.