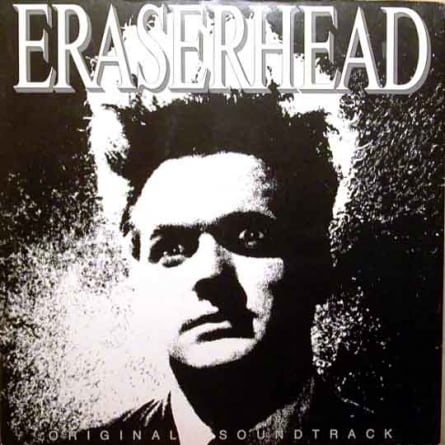 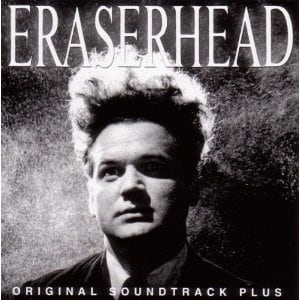 Divorced from the film itself, not cleanly separated but experienced more like a memory whose significance has clouded over the details of the actual event, David Lynch’s Eraserhead soundtrack, a collaboration with sound designer Alan R. Splet, feels a little bit like taking a leisurely, though unsettlingly dreamlike stroll through an empty movie set. Except this set isn’t simply the perfect, uncanny approximation of our own world but a haunted projection of some nightmarish alterverse. Even without images to accompany the noise, sounds and occasional music that make up Sacred Bones Records’ reissue of the Lynch/Splet soundtrack, it feels vividly like a transmission from a very specific place, a form of blind cinema for the ears only. This turns the soundtrack into an alternative experience of the film itself, carving out new territory in our imagination rather than treading the well-worn path of Lynch’s debut feature film. The effect is similar to a radio play, though a horribly tragic one that fails to tell a proper story, but even this is too familiar. So lacking in even the remotest sense of presence, the Eraserhead soundtrack feels more like a salvaged alien artifact, whose voices even fail to stave off its atmosphere of utter loneliness. Even on its own, it’s an entirely worthwhile experience.

Over seven minutes pass on the album’s first track—it is split into two slabs of collaged sound, deepening the sense of these tracks as raw recordings of alien space—before we hear the first voice. Instead, we wander through a vast, desolate landscape, populated by machine-like noises that, despite our sense that they ought to be operated by individuals, suggest an absolutely barren place, devoid of all human life. Lynch and Splet’s use of noise is remarkably advanced, foreshadowing the paths that industrial and ambient music would take. They understand that noise has a life of its own, almost instantaneously conjuring up images, textures and moods. Listening to the Eraserhead soundtrack, it’s possible to imagine a world where this album existed first, later inspiring a film developed out of the atmosphere it conjures.

Finally, we begin to hear human voices, leading to an extract of dialogue from a scene revolving around, of all things, chickens. Though we are now in the presence of actual human beings, the sense of isolation and solitude remains. The entire sequence feels coated in dust, like a featured exhibit in some now-dilapidated museum of curiosities, endlessly replaying long after human life has abandoned it to entropy. Lynch’s dialogue is wonderfully peculiar here, balancing out the film’s Kafkaesque setting with genuine humor and a very American sense of the weird. The scene, covering topics from arm injuries to cutting up chickens, doesn’t quite attain the sense of normalcy to which it seems, comically, to aspire. So much of the film revolves around anxieties relating to adulthood, marriage and procreation for instance, and the dialogue collapses these anxieties into its own off-kilter nonsense, depicting a world that has repeatedly failed to satisfactorily resemble the normal world to which it pretends to act as a mirror.

At one point, at the end of this stretch of dialogue, we hear an exchange between Henry (Jack Nance), the film’s protagonist, and his girlfriend’s mother Mrs. X (Jeanne Bates), which is then interrupted by a tortured scream from the girlfriend Mary X (Charlotte Stewart), “Mother, they’re still not sure it is a baby!” Lynch and Splet follow this up suddenly and unexpectedly with an eruption of noise, and the sequence, cutting up the film’s narrative to produce a more aggressive and disorienting effect, illustrates one instance in which Lynch and Splet quite clearly attempt to create their own narrative with the soundtrack, mirroring the one from the film but taking it down different paths. This is, essentially, a remix of the film, and our sensorial deficit—we are obviously restricted only to what we can hear—oddly works to compound the sense of failure that accrues within the narrative, which centers around the birth of a disturbingly malformed child. Lynch’s presumed anxieties over domestic life manifest everywhere in the film’s broken-down imagery of decay. Our own state of blindness when experiencing the soundtrack is the natural progression.

It is, however, impossible to fully discuss the Eraserhead soundtrack without taking into account “In Heaven,” the one genuine pop song here, albeit of the most addled kind. Known as the “Lady in the Radiator Song” and later covered by the Pixies, among others, “In Heaven” is the promise of hope that balances our Eraserhead’s murky, dystopian horror show. What many fans and critics often fail to recognize when they discuss Lynch is the director’s not-so-subtle optimism and sense of the joy and wonder of the world. “In heaven, everything is fine,” the song begins, before concluding, “You got your good thing, and I’ve got mine.” Not without its sinister undertones—”good thing” is so vague a phrasing, it almost undermines the very promise of heaven—”In Heaven” nonetheless sounds like a genuine stab at the happiness of a conventional pop song. Although written by Peter Ivers, the song feels positively Lynchian, expressing the offbeat sublimity that the director has made into a trademark, not the self-consciously intentional weirdness his detractors presume but a hobbled attempt to express the raw material of the psyche honestly, without dwelling cynically on the negative aspects. In the context of both the soundtrack and the film, the Lady in the Radiator’s “In Heaven” represents a kind of redemption that is as much a part of Lynch’s world as the soundscapes of barren, industrial noise.