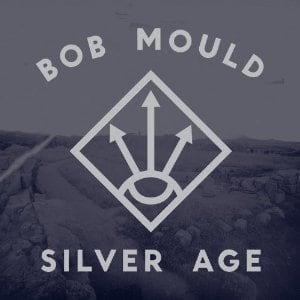 [xrr rating=4.0/5]Like everyone else who’s marching deeper into an age bracket that once seemed unthinkable, I need to come to terms with some freshly revealed breakdown of my physical being practically every day. I can chalk up the balky knee and the aching back to natural attrition, but I know the softened hearing is my own doing, a long-term self-inflicted wound from countless nights in concert venues, nodding my head to some powerful, amplified drone. At least in this instance, I know that the blame can be shared with any number of the bands and performers that I set myself before, and I swear that no one did more harm to the functionality of my ears than Bob Mould.

Actually, it was during a show with his band Sugar that I was pretty sure I first felt my auditory sense pushed to the point of damaging strain, a detail that’s been on my mind lately given the recent reissue of the superlative Copper Blue, the trio’s debut from 1992 that has also been the focus of recent live dates by Mould. Even if that enticing new edition weren’t out there, Mould’s latest solo album might have been enough to stir my memories. Silver Age, Mould’s tenth album under only his own name, is bruising, buoyant and incredibly tuneful. It’s arguably his finest solo effort since Workbook, his acoustic emancipation proclamation from Hüsker Dü back in 1989, but it’s also the one that skews the closest to what he was doing with Sugar.

The album is packed with plush, catchy gems delivered with a bulldozer guitar attack. It has the punkish power of classic Hüsker, but infused with the smart, scintillating pop sensibility that crept every so stealthily into his music over the years before blasting to the forefront with the introduction of Sugar. Mould was such a dour figure for so long (one of my favorite Hüsker Dü songs he penned is “Hardly Getting Over It,” which includes a whole lyric about the ever-present mortality of parents and grandparents) that his moments of sheer goofy giddiness come across as grand statements of freedom, something that really started with Sugar and carries over here. He’s the only songwriter I know who can make the line “but you had to be a silly bird” (on album opener “Star Machine”) into something redemptive instead of woefully trite.

The title cut comes on like a pile driver, “Steam of Hercules” is an oncoming tide of guitar authority and “Angels Rearrange” takes the brash, crunchy pop song structure Mould perfected long ago and turns it inside out. A song like “Keep Believing,” on the other hand, seems to pull together several different earlier iterations of Mould into one feverish sonic blast. In fact, lines with only the mildest of wavers can be drawn from songs on this album to any number of precursors in Mould’s catalog, and yet it still feels like a release that is restlessly, joyously moving forward. Mould has spent so much time these past couple of years thinking about his history – for the Sugar reissues, in penning his memoir – that he’s maybe found a way to make new music that holds within it an acknowledgement of days gone by without any corresponding stultifying debt. I remember first listening to Copper Blue upon its release and thinking Mould sounded freer than I’d ever heard before. Maybe that, as much as anything, is the quality I respond to in Silver Age.

So yeah, I might have given up some of my hearing to Mould years ago. Happily, Silver Age is a reminder that the sacrifice was worth it.