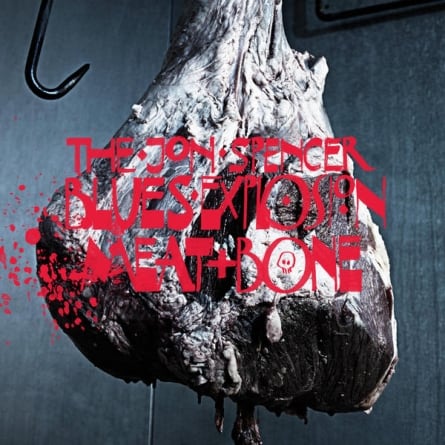 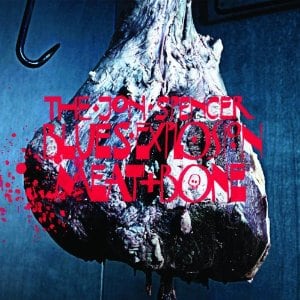 “Black Mold,” Meat and Bone’s opening track, starts with a basic, crunchy guitar riff derived from a blues scale repeated several times with lots of filthy gusto. It’s not particularly original or overly catchy, but it is loud and zealous. These 15 seconds or so form the thesis of the whole record. Jon Spencer, guitarist Judah Bauer and drummer Russell Simins are here to deliver kick-ass rock ‘n’ roll at a scary volume with relentless fervor. That’s about all there is to it. We’ve heard it all before, but it’s fun enough to hear it again.

It’s tempting to use the cliché “comeback album” when talking about Meat and Bones. Jon Spencer Blues Explosion’s last two releases, 2002’s Plastic Fang and 2004’s Damage, relied a bit too much on trippy studio experimentalism and odd-fitting guest appearances. Now, after eight years of silence, this new LP reminds us why the Blues Explosion were rock saviors of sorts for a decade or more, showing aspiring garage bands of the world how to get their grit and grime on.

The word “blues” in the band’s name has always been more of an ironic signifier than a literal description of the group’s musical classification. Although “Bag of Bones” has the harmonica and three-chord structure to prove there’s something to the group’s identification with America’s most vital musical genre, there’s just as much lopsided funk on Meat and Bone as sincere blues. “Get Your Pants Off” is a particularly non-subtle, sexually explicit tune in the vein of early Red Hot Chili Peppers material. The song is brimming with adolescent energy and machismo, with Spencer at one point intoning the phrase “blues explosion,” a form of self-identification practiced with great relish on almost every previous Explosion record.

Jon Spencer and company are at their best when they play really freaking fast and loud. “Danger” sounds like an outtake from the Rolling Stones’ Exile on Main Street on steroids. The relentlessness of the central guitar riff coupled with the extreme tempo and Spencer’s pleasantly tortured vocal are almost too much to handle. The group’s mid-tempo tunes, such as “Unclear” and “Bear Trap,” simply can’t compete with the barn burners for that sheer force-of-nature quality. One huge exception to this rule is album closer “Zimgar,” a soulful instrumental that could serve as a drunken, after-circus party theme with its off-kilter organ.

As much fun as it is to wallow in the Blues Explosion’s brand of cheerful disgustingness, it’s hard to listen to Meat and Bone without thinking about all the other records from this year that not only rock our socks off but give us something to think about with their innovation and creative emotional power. Japandroids’ Celebration Rock, The Men’s Open Your Heart and the Ty Segall Band’s Slaughterhouse come to mind immediately, all representing giant aesthetic leaps forward for their respective artists. Meat and Bone simply isn’t a record of the same caliber. It provides some hard earned thrills for sure, but it feels almost willfully, unapologetically superficial. For those times, though, when your brain needs a vacation and you just need to let your body do all the work, the latest Blues Explosion record will do the job. There are much worse things that could be said about a rock ‘n’ roll album.