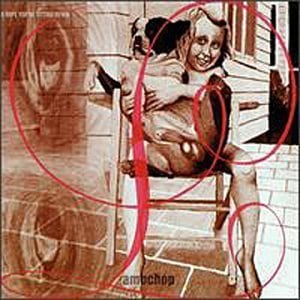 With the dual benefits of time and familiarity, listeners now generally know what to expect from a Lambchop album. This wasn’t the case in 1994, however, when Kurt Wagner and the band’s first incarnation released its full length debut, I Hope You’re Sitting Down (sometimes called Jack’s Tulips). Reviews written around the time of the album’s release read as unintentionally comical today, as critics clearly struggled to make sense of Lambchop’s style, though for whatever reason British journalists came closer than their American counterparts in placing the band in a reasonably accurate context.

In typically twisted fashion, Sitting Down also probably lost Lambchop some potential fans due to its nearly 70 minute run time and its general lack of lyrical accessibility. Still, despite Wagner’s well-earned reputation for favoring oblique songs loaded with inside references, disjointed thoughts and non-sequiturs, a couple tunes on Sitting Down are as linear and straightforward as Wagner gets. The most obvious track is “Soaky in the Pooper,” a harrowing overdose/suicide song whose muted horns and somber lyrics, especially when Wagner describes in painstaking detail both the death and later the sparsely-attended funeral (“All the mourners traveled in one car”) combine to make it the darkest song the band has recorded.

“Let’s Go Bowling” is of a similar temperament. Featuring one of the band’s best ensemble performances and a steel guitar that aims right for the gut, it’s a classic drinker’s lament. Rarely would Wagner write lyrics so direct: “Take no pictures of the ruins of our life/ That died without a fight.” There are occasional moments of levity – the swirling horns, David Thomas-aping vocals and Ramones nods to being sedated make “So I Hear You’re Moving” a real hoot – but the album is more often slow and brooding; both “Bon Soir, Bon Soir” and “Under the Same Moon” circle back to the ruminations about life and death that crop up throughout the album.

Parts of the album offer fragmented character sketches that blend the bizarre with the mundane and morbid, one of Wagner’s frequently recurring approaches in later albums. Thus, the most noticeable aspects of “Because You Are the Very Air He Breathes” is an open sore on someone’s face and how it reflects our own mortality, while the “hero” of the spoken word “Breathe Deep” is a balding 30-something in a black leather jacket whose life apparently consists of feeding a strange addiction to Glade air fresheners. Other inclusions could be considered love songs, at least tenuously. Even if the gently-paced “I Will Drive Slowly” is – on the surface – a tender and sentimental track, it’s in some ways the least representative of the album. The acoustic guitar and strings that grace the opening of “Begin” disguise the song’s implied lustfulness (“He stared at her legs/ She stared at his look“); similarly, the deceptively pastoral arrangement of “Hickey” initially hides what ultimately amounts to a description of a seedy affair and the male character’s swelling egotism.

Where the album equally succeeds is in allowing – or, perhaps, forcing – the listener to piece these songs together from tiny bits of information. Settings and situations are partly revealed, as if Wagner was only willing to pull back the curtains slightly; one gets the feeling the rest of the story is unfolding offstage, out of sight. Wagner isn’t exactly evasive when discussing his songs and their meanings in interviews, but neither is he eager to explain everything for us. Which is perfectly fine: there’s nothing wrong with songs giving hints of what they’re “about” and what inspired them. In Lambchop’s case, in many ways that’s just another part of the band’s charm.