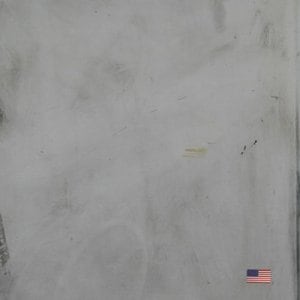 [xrr rating=2.75/5]The buzzing speakers of the Bay Area’s Sic Alps are timeless. Having recorded their previous four full-lengths, counting the compilation album A Long Way Around to a Shortcut, as lo-fi affairs, the rotating cast of melody makers (lead by singer/songwriter Mike Donovan) kept the recording process earnest, crafting aching pop tunes hurtled around an aging microphone with the aid of road-ravaged equipment and D.I.Y. acoustics. Now, after touring with Pavement and presumably amassing a bit more money in the recording coffers, the four-piece have taken the process to a professional studio, and in turn released an album with enough weight to earn an eponymous title.

Like a young lad stepping into his first day of work, Sic Alps has been cleaned up, but the band’s garage-rock aesthetic lies just below that spit-polished surface. Album opener “Glyphs” sets the 1970’s West Coast psyche-vibe which perpetuates through the album’s nine tracks. The track also hints in changes to the Sic Alps’ status-quo, with an orchestrated string arrangement serving as the sonic backdrop to the playful “Sgt. Pepper”’s-esque song structure. The group takes to subtle ivory strokes on “Polka Vat”; paired with Donovan’s sentimental vocal delivery, the layers amplify the dissonance of the distorted blue-note guitar riffs. This dissonance transforms into guitar squeals on “Wake Up, It’s Over II,” easily dominating the track which features washed out vocals and a “doesn’t the drummer look bored?” percussive beat.

The unexpectedly mellow harmonies and acoustic guitar of “Thylacine Man” jilts the closing of the album into a Valium-induced trance. “Moviehead” and “Rock Races” see the outfit in unprecedented fits of solace, seemingly written during moments of pristine serenity: at the beach during dusk, just waking and still in the grasp of a lover’s arms, and/or following a contagious bout of romanticism: “Let’s knock every wall down for love.”

No doubt, moments of the album takes the band into uncharted territory… drab. Maintaining the energy of their early 20s isn’t expected, but replacing the angst of Napa Asylum for the elongated of piano arrangements of “See You On the Slopes” is an unwanted about-face. The conclusory sound of waves sends listeners off on a cinematic roll-of-the-credits, and personally left me longing for the true garage essence of San Diego’s Wavves.

The album succumbs to its own pressure, brought forth by entering a studio for the sake of recording a full-length. The dissonance, monitor feedback and vocal echoes all listen forced. If the outfit wanted the album to sound like it was recorded in an acoustically unsound closet, just pass on the big room and set up shop in the bathroom. Of course bands, like individuals, must evolve, but if that change is instigated at the behest of an outside force (let’s just say a record label), the evolution is shallow and cliché. Neither of which could have been used to describe Sic Alps’ previous works.