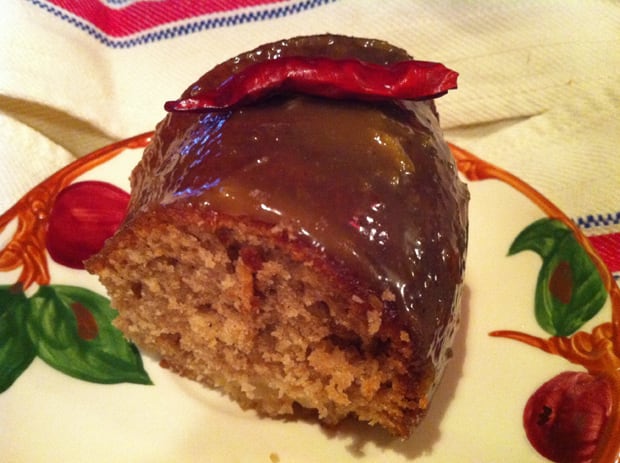 As an American consumer, it’s not necessary to think of apples being “in season” or not. Apples are ubiquitous produce in grocery stores every day of the year, and alongside bananas and oranges, meet the requirement of fruit present in many less culinary-creative venues. Think every budget hotel continental breakfast you’ve ever had. These hard, mealy apples are hardly worth the energy expelled to chew through their packing peanut-like flesh, but they stay around. Constantly. They’re cheap, take an eternity to spoil, and appease the lowest common denominator—no one in a crowd will love them, but no one will hate them either.

But late in September, when you’re eyeing the sweaters and boots in your closet again and wondering why you broke up with them in the first place, the real apples start edging into waning farmer’s markets and fruit stands. The difference between an heirloom orchard apple munched while carving up a Jack-O-Lantern and the commodity apples you used to choke down in the school cafeteria is as stark as the contrast between value bin bulk bacon and hazelnut-fattened prosciutto. On some molecular level they may be related, but tastebuds tell a different story. The true, seasonal apple, allowed to ripen on the branch, snaps with a tang that hints at the brisk, shady mornings its season brings. The snap through the skin is sensational—crunch!– like leaves underfoot.

These Limbertwigs, Grimes Goldens and Virginia Beauties are nature’s consolation for the end of summer. Yes, the beach was beautiful. And yes, you won’t be tasting a bangin’ caprese salad anytime soon. But all good things must end. Here, have an apple. Cider, wool, books and blankets. Feels like home; feels like fall.

This recipe for Spicy Apple Cake with Cayenne Caramel has become an October-welcoming tradition in my kitchen. The spice lingers far in the back, letting the cinnamon and apples shine before—POW! Sweet-hot caramel kick! I first made it four years ago, when I was personal-cheffing for people with kitchens so huge they could have swallowed my apartment whole. This subtly spicy cake followed a lamb stew that had been marinating for a day and French bread that didn’t get very fluffy (“uhh, it’s ciabatta!”). The fresh apple nuggets retain a good texture within the batter, another unique quality about this surprising cake. The night fell fast, and the recipe left with several guests. Which is more than I can say for the stew. Desserts, like the right apple at the right time, have a way of being more enchanting than anything else.

6 Tbsp half and half

Preheat oven to 375. Grease the Bundt pan with butter; set aside. Mix the flour, cinnamon, baking soda, nutmeg, salt, ginger and cayenne pepper together in a medium bowl. In a large separate mixing bowl mix the vegetable oil, brown sugar, sour cream, eggs, and vanilla extract until fully blended. Add the dry ingredients in three stages, folding until just combined. Add the apple cubes, and pour the batter in the prepared Bundt pan.

Bake for approximately 40 minutes, until toothpick inserted comes out clean. Cool for 20 minutes, then invert onto a serving plate.

While cake is baking, prepare the caramel: Add all caramel ingredients to a heavy medium saucepan and cook over medium heat, stirring frequently, for about four minutes until thickened (do not allow to come to a boil). Pour ½ the glaze over the warm plated cake. Remaining glaze can be re-heated and served additionally with the cake at chow time.