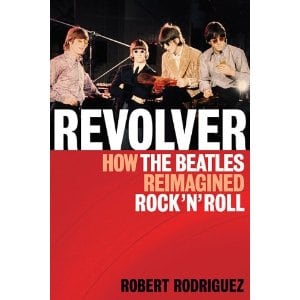 [xrr rating=3.5/5]It’s one of those stupid, inconsequential debates that music geeks inevitably engage in at some point—perhaps several points—during their lives. “What’s the Beatles most important record?” This question is distinct from the one of which album is the group’s best or greatest accomplishment, although the two are closely related. There was a time when the answer was as obvious as the glasses on John Lennon’s face. Sgt. Pepper’s Lonely Hearts Club Band was a huge media event upon its initial release, was adopted as the official soundtrack of the Summer of Love and was immediately imitated—for better or worse—by musical acts of all stripes. The record’s reputation has been solidified by numerous media publication lists that place it at the top of the “greatest albums of all time,” Rolling Stone’s 2003 special-issue rankings most prominent among them.

These days, though, the assumption that Sgt. Pepper’s is the group’s most important contribution to modern music has been challenged on multiple fronts. In his new book Revolver: How the Beatles Reimagined Rock ‘n’ Roll, pop culture historian Robert Rodriguez argues that not Sgt. Pepper’s but the record immediately preceding it in the Beatles’ discography should be counted as the group’s highest artistic achievement. Each of the fourteen songs has inspired specific genres of music—everything from punk to electronica to orchestral pop. Its eclectic range of tones, styles and sonic techniques make it unrivaled as a diverse listening experience. Revolver has taken a backseat to Sgt. Pepper’s, the author asserts, because it was not hyped to death upon its initial release and was surrounded by scandalous events that overshadowed the music itself.

This whole discussion seems a little arbitrary and outdated as a framing device for a music book. The notion that Revolver represents the pinnacle of the Beatles’ influence is in no way new. Plenty of critics and fans alike have been making this case for years. Rodriguez spends an oddly disproportionate amount of time not just analyzing Revolver as an artistic achievement but also discussing the impact of the “Strawberry Fields Forever”/“Penny Lane” single and Sgt. Pepper’s itself. It’s almost as if the author wanted to write a book about the years 1966-1967 in the Beatles’ career, and examining them through the lens of Revolver was the most convenient way to do so.

Despite this slight flaw in the book’s premise and marketing, it’s still an interesting, relevant look into one of the group’s most important epochs. Rodriguez starts with an analysis of the Fab Four scandals that emerged in 1966, Lennon’s infamous “more-popular-than-Jesus” comment and the “butcher cover” of the American compilation record Yesterday … and Today most prominent among them. He then effectively gives us a rundown of the musical landscape circa 1966, highlighting the accomplishments of Dylan, The Byrds and other artists who would influence and inform the Beatles’ musical innovations. He even includes a timeline at the end of the book to help the reader contextualize the group’s musical and social worlds around the time of Revolver’s release.

As Rodriguez gets into the discussion of the record itself, we are regaled with some of the same tales that have been told time and time again. We hear about George Martin’s groundbreaking use of double-tracking and tape loops to achieve the effect of Lennon sounding like “the Dali Lama chanting from the rooftops” on “Tomorrow Never Knows,” a track that could be released today and sound very much “of the moment.” The author patiently explains how engineer Geoff Emerick placed the microphones inside the bell of the horns on “Got to Get You Into My Life” to achieve that caustic, bright sound. Paul’s fiery guitar solo on “Taxman” is demystified, with Rodriguez recounting the influence of the Indian ragas and non-Western scales on the exotic, forward-looking solo. These are the kind of details that make Rodriguez’s book a worthwhile read. Unlike the Revolver record itself, it doesn’t break any new ground. But, if there’s a time period of the Beatles’ career worth exploring in great detail, it’s 1966-1967. Revolver: How the Beatles Reimagined Rock ‘n Roll will be a welcome addition to the library of anyone interested in understanding what truly made the Fab Four so fab.