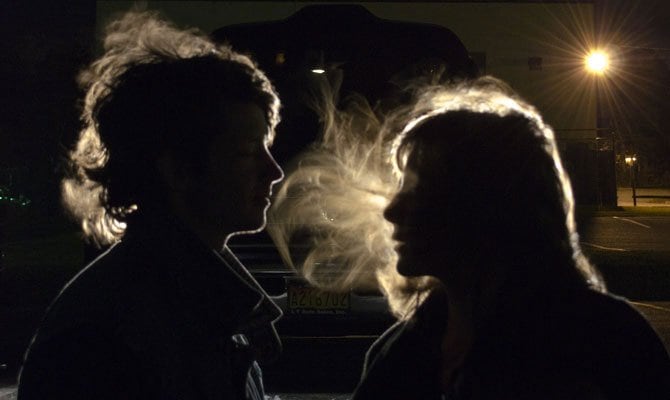 I am trying to create an imaginary moment. It’s the summer of 2010 and Beach House’s third record Teen Dream has been out for six months. It’s their best album to date, a slight move away from the dream pop of the self-titled debut and Devotion. There are more crescendos, both musical and emotional. I imagine Alex Scally and Victoria Legrand standing on a side stage at one of those big outdoor festivals, the afternoon sun blinding them. The bass from some mid-range rock band thunders across the festival grounds, interfering with the quiet moments of the set. At the end of the performance, Scally looks over to Legrand and mutters, “We need to get a bigger sound.”

And that they did.

With the release of new album Bloom, the members of Beach House had to make a decision, play quiet, dreamy sets in small theaters or punch up their songs to fill in the empty spaces of big rooms, such as Portland’s Roseland Theater. In front of an appreciative, sold out crowd, Legrand and Scally proved that Beach House can be as big as the other boys.

Flanked by structures that could have come from the IKEA catalog, Beach House played an 18 song set that concentrated mainly on songs from Teen Dream and Bloom. As they started playing “Wild,” a single shaft of light illuminated Legrand. Hiding behind a mess of hair, Legrand remained behind her keyboard for the entirety of the set, sometimes playing, sometimes gesticulating as if she was trying to push emotions from her hands.

Beach House came on strong, the songs loud and echoey. On record, their songs may be headphone music, but in the live arena, they are big and lived-in. The highlights included a reworked version of “Walk in the Park,” a strong performance of new song “Lazuli” and a rousing rendition of “Zebra,” among others. Legrand played it cool for most the set, pausing to make jokes about weed and slam poetry, but she isn’t used to bantering with the crowd. Her aesthetic is all about mystery and darkness. She doesn’t want to be your friend or share a beer. That’s just fine.

After a touching “Wishes,” Scally and Legrand finished the first set with Teen Dream’s best song “10 Mile Stereo,” transforming its heartbeat rhythm into a full-on rocker. Bombastic, but in a good way, it brought the first set of the show to a thundering close. But there was more to come.

Following the relative quiet of “Turtle Island,” Beach House brought the loud again for the last two songs of their encore, new songs “Myth” and “Irene.” The big sound is a bold statement as to where Scally and Legrand can take Beach House, one that produced a tremendous concert and anticipation for what’s next for the pair.