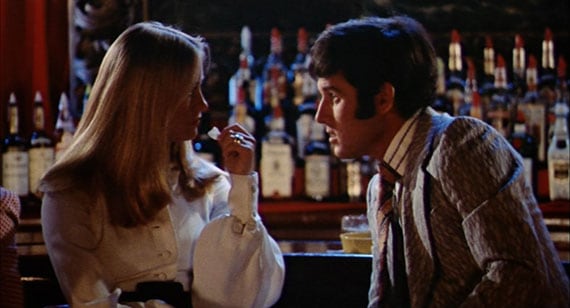 Released well before Elaine May buried the hatchet with her estranged double act partner Mike Nichols, The Heartbreak Kid serves as a blistering response to The Graduate. Nichols intended Benjamin Braddock to be the subject of critique, but the lad emerged sympathetic enough to became a rallying point for the sort of nebbishy, entitled post-grad he was meant to spoof. May does not leave room for misunderstanding. Charles Grodin’s Lenny is an oblivious, repellent mess of a human being who unfailingly mistakes his id for his superego. Through May’s entropic staging, outbursts sinking into hollowed-out emotional voids of squirm comedy, her Heartbreak Kid rightly enjoys a place on the pedestal of any black comedy devotée.

Peter and Bobby Farrellys’ 2007 version, on the other hand, does not enjoy so much as a light pass from most of its viewers. Replacing May’s deft, improvisatory writing for the brothers’ trademark gross-out gags can indeed feel like quite a shock. But the filmmaking duo update May’s film so skillfully that even minor changes show care and thought. May’s Kid began where The Graduate ended, with an uncertain marriage between two glorified strangers. The Farrellys’ version, in turn, starts where May’s ends, with the protagonist, Eddie (Ben Stiller), sitting at the kid’s table at a wedding. But where the kids in May’s film were natural and childlike, those of the remake talk in that irritatingly precocious way that kids in movies now speak. 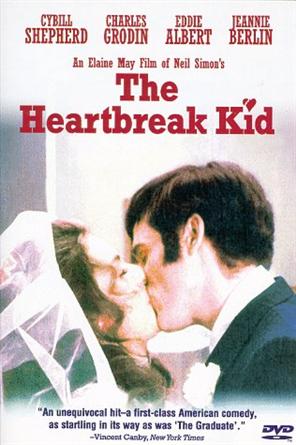 Worst are the twin tweens who essentially reenact the “You know how I know you’re gay?” scene from The 40-Year-Old Virgin, though by putting the lines into the mouths of 13-year-olds, the directors point out both the childish inanity of such reflexive homophobia and its disturbingly early development in men. That foregrounds the Farrellys’ uncompromising focus on the misogyny that May inspected in her own version, and it even expands the remake’s scope outward to savage the trend of man-child-celebrating comedies that has been the rage for nearly a full decade at this point.

In extrapolating May’s film, and her and writer Neil Simon’s comic target, the Farrellys sometimes build major rewrites on subtle details in the original. The ad jingle “I’d Like to Buy the World a Coke” recurs in May’s movie, a wry joke on commercialized marriage ceremonies. That commercialization has since gotten out of control, and the perfectly acceptable honeymoon to Miami in the original must now be a trek across the border to Cabo. Eddie has the same job as his 1972 counterpart, and presumably the same rough income bracket, yet he has to go international to make his honeymoon sufficiently romantic (even if the drive from San Francisco to Baja is, admittedly, shorter than the trip from New York to Florida).

Where the two films sharply diverge is in their comic styles. May maintains an intimate focus on Grodin’s Lenny that slowly unravels as the people to whom he incessantly lies and misleads begin to establish a sense of independence outside his character. On the drive to Miami, Grodin’s face registers more and more dread as the irritants of his new wife, Lila (May’s daughter Jeannie Berlin), begin to amass. Even when his bride exposes herself to tease him, the tightly wound Lenny can only sputter, “What are you doing?! Put that down!” Funniest of all is Lila’s constant refrain of being together “for the next 40 or 50 years,” repeating the phrase like the central motif of a horror film score. 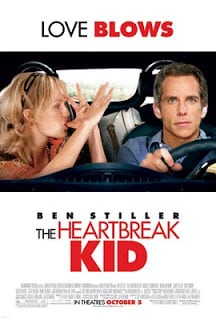 But when Lenny meets and falls for a beautiful young student, Kelly (Cybill Shepherd), during the honeymoon, Berlin slowly adds edge and tragedy to her outlandishly grating character. Grodin stammers out lies and excuses to everyone to hide his marriage from his new lust object and his emotional infidelity from his sunburn-incapacitated wife, and it all comes to a head when Lenny takes her to a nice restaurant to break up. The scene is a symphony of discomfort that actually gets more unbearable the quieter it gets. But as Grodin cements his loathsome nature by focusing less on his wife than the restaurant’s pecan pie shortage, Berlin reveals the real person under Lila’s caricature, desperately battening down her sorrow for the sake of the other patrons. As Grodin moves in for the almost savage “let’s be friends” routine, she is reduced to desperate gasps, as if suffocating in his nebbish miasma.

The opposite is true of Malin Akerman’s Lila. She initially seems like a perfectly normal, even desirable woman: beautiful, driven and, unlike Berlin’s Lila, capable of holding a tune. But where May’s film gives freedom of expression to Lila and, later, Kelly and her horrified family, the Farrellys’ version sinks ever further into the POV of Stiller’s Eddie. Where Berlin and Shepherd become more rounded, Akerman and Michelle Monaghan’s Miranda lose dimension as Eddie folds them into his chauvinist worldview. Lila in particular becomes a body horror nightmare of ordinary human things—sunburned skin, bodily fluids, pubic hair—made monstrous in Eddie’s judging eyes. When Eddie tries to give the same “It’s me not you” speech that prompts the best moment of May’s film, Lila, initially brightens with his confession, elated that he would be mature enough to apologize. But this threatens to introduce someone else’s perspective into Eddie’s narrow world, and he instantly recoils and withdraws his pathetic attempt at magnanimity.

But what can one expect of Eddie, when he is supported by people who prop up his misogyny even when they seemingly criticize him? Eddie’s father (Stiller’s dad Jerry) speaks in vulgar terms of his son getting laid and responds to Eddie’s complaint that Lila has no sense of humor with, “Funny’s a male gene, idiot” and listing “mannish,” uniformly lesbian comics he considers exceptions to the rule. Eddie constantly harangues his friend Mac (Rob Corddry) for always listening to his wife and drinking “female-type” drinks, but even Mac reveals his own hateful streak when he confesses a cynical view of his own marriage. Hammering home the misogynistic system around him, Eddie faces no punishment for his actions. Lenny’s story came to a close with the silent realization of what he had done, but Eddie gets to restart the cycle of lies and manipulation to get his way. In a time when characters like him are portrayed almost as heroes, Eddie is left free to wreak more havoc with people’s lives.