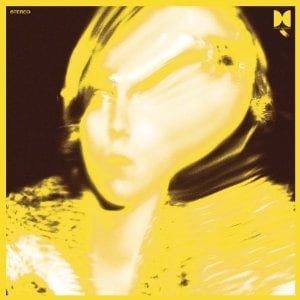 [xrr rating=3.75/5]Your ears do not deceive you: Ty Segall has returned with what feels like the umpteenth solo album in his brief career. Twins is Segall’s sixth studio album of his four-year solo effort, an output total that excludes a live album, numerous EPs and this year alone, a compilation album and two LPs with two different supporting bands. For the record, first came Hair with fellow San Fran rocker White Fence, followed by Slaughterhouse with his touring band, the Ty Segall Band. More than prolific, Segall’s output is prodigious. He surely eats, sleeps and breathes pure rock ‘n’ roll; each album offers a brief glimpse at a mind constantly running up and down its inner fretboard, bubbling over in the purest example of flowing creativity. Though neither a transcendent lyricist nor a virtuosic guitarist, Ty Segall is a grand master of noise. He makes rock music for connoisseurs, studied in its carelessness and generously nodding to the Stooges, the Beatles, doo-wop, metal, surf and grunge. At its best, his is a barely contained chaos made manifest in his live shows; fans pack dark clubs to crash against one another, the walls, the stage, nearly but never quite bursting their boundaries.

Twins is psychedelic ‘60s rock with a wingspan. Still primarily a guitar and drum outfit, Segall sounds cleaner and broader with each subsequent release. His finely worked signature sound—coating his influences in a layer of fuzz—allows him to pair the hurtling punk of “You’re the Doctor” with the diminished drone of “Inside Your Heart,” the latter driving forward on the energy of its strictly regimented, monotone bassline. Opening track “Thank God for the Sinners” recalls late-era Beatles plus dueling guitars, its noise applied in thick, sticky layers. This music pulses at your temples. It pounds your eardrums. It is an instinct, not a thought, and it comes straight from the gut.

Across the album, Segall stretches his voice from the dirt to the skies. He groans over the Cobain-inspired riff that rises and falls in “Handglams” and trills in a falsetto throughout “Love Fuzz.” He does his best impression of a twee throwback on “Would You Be My Love,” giving way to a lumbering introduction on “Ghost.” The track builds steadily, peaking as Segall repeats, “I don’t want to be a ghost” then takes an uncharacteristically subdued guitar solo. Playful lead single “The Hills” opens with a tightly harmonized folk melody provided by Brigid Dawson of Thee Oh Sees. Segall mimics the rhythm and melody in a dissonant key. Dawson’s ghostly vocals return at the chorus and to sparsely haunt Segall’s verses, the most explicit demonstration of the dualities, the contradictions being explored throughout Twins. “Gold on the Shore” is a lilting acoustic ballad, still coated with layers of vocals, that gives way to an equally mellow, though electrified, closing track.

If, as Segall posits, there is no tomorrow, then the man has spent this year churning out his legacy—without considering his past achievements, he has produced an outstanding and diverse discography in 2012 alone. Such a feat would take slow-moving bands a decade and likely include more grave missteps, yet this album continues an upward trajectory. After the aggressive atonality of Slaughterhouse, Twins sounds downright accessible. From the jamming psych-exploration of Hair, these tracks are tightly packed into two- and three-minute morsels. Though he might not be able to mine the annals of rock history forever, for now, Ty Segall is in top form and shows no signs of buckling under the self-imposed pressure.