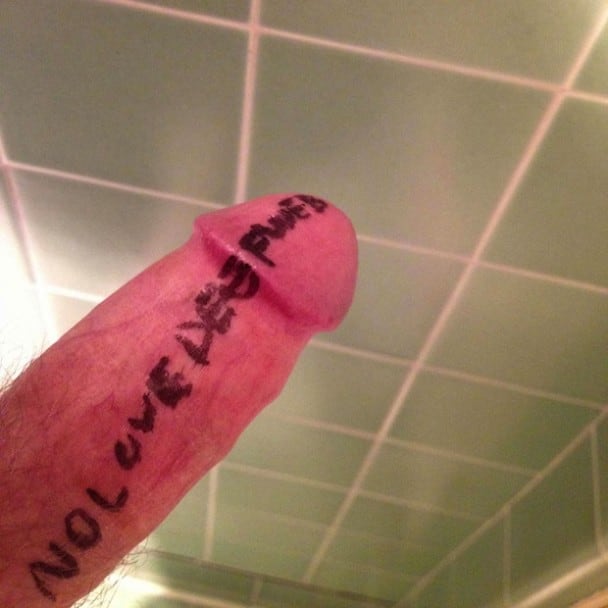 [xrr rating=3.75/5]Just in case Death Grips didn’t already have a lock on the label of “Critically Divisive Band of 2012,” they went and released NO LOVE DEEP WEB, their darkest, most inaccessible record to date, amongst a flurry of major label controversy. After a purported feud with their label Epic, Death Grips dropped their sophomore record for free online after a handful of tweets suggested that the label wasn’t willing to release the record in 2012. The whole thing could be a thinly veiled PR move – after all, Epic surely knew what they were getting into when they signed Death Grips, and vice-versa – but who the fuck cares, because more importantly, the move speaks to the way in which Death Grips is as much a brand as it is an aesthetic. After all, what better way to signify your “fuck the suits” attitude than to use social media to circumvent legal agreements? Or have an erect penis adorn the entirety of your album cover? Add this to the fact that your drummer is a neglected noise rock deity and your “singer” screams more than he raps or sings, and what you have is a volatile cocktail mixed to piss a lot of people off while playing to a crowd starved for something resembling an unmitigated experience.

What makes NO LOVE DEEP WEB a noteworthy if relatively unstable accomplishment is that the band’s aesthetic, as executed on this record, stands in harsh juxtaposition to and in fact critiques the intellectualization of music meant for the body. The crew of Zach Hill, Andy Morin and Stefan Burnett isn’t interested in a contemplative experience; rather, they’re interested in a physical one. This is evident from the outset, as the deep bass of “Come Up and Get Me” pulses to life, all jagged edges and paranoia. Burnett wails and rasps like he’s exorcising a demon from his gut, somehow turning the opening track into one of the more melodic cuts here. For the rest of the record, the band moves away from the sample-heavy, chaotic approach they created on The Money Store earlier this year. “Lil Boy” has shades of Neptunes-style production before employing grimy industrial synths, spiraling into a mess of machine gun hi-hats and dissonant blips. “World of Dogs” is percussive anarchy, the head-on collision of breakbeat, 2-step and hardcore.

What NO LOVE DEEP WEB is admittedly missing though is the hooks that made The Money Store such a memorable record. With the exception of the chopped vocals on “Whammy” and the churning, hellfire-and-fury sonic underbelly and strangely sing-alongable chorus of album standout “No Love,” this is a record more concerned with atmosphere than songwriting – and if you allow yourself to be overwhelmed, that atmosphere is addictive and compelling. There are shades of punk rock anarchy here – this is music you could certainly mosh to, rave to, fuck to – but to say that Death Grips is only about getting off on provocation and brashness is reductive. NO LOVE DEEP WEB is potentially provocation for provocation’s sake, but there’s a touch of tongue-in-cheek behavior, and a buried attention to sonic detail, that pulls the album back from needless “look at me!” wanking. This is a record that operates within the dank space of the underground, channeling garage, breakcore, grime and hardcore, all while shooting for something totally indefinable. It’s not always appealing, and it’s occasionally grating, but NO LOVE DEEP WEB is, at the very least, a record that complicates perceptions of art, audience and genre without purporting to start a revolution or be a part of some established canon. PR antics and debatable provocation aside, NO LOVE DEEP WEB is an immersive, unpredictable record, a hellacious ode to our fragmented culture.