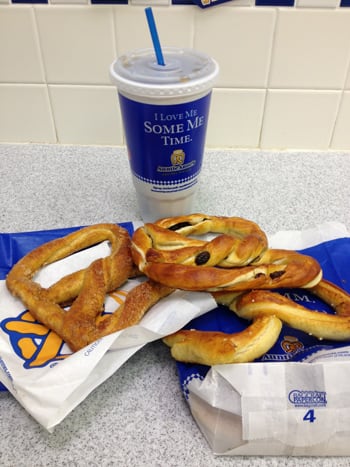 Public transit in mid-June Chicago is hot! Broken ‘L’ air-conditioners and cramped, sweaty train cars make for quite the uncomfortable journey, so jumping off at the California Blue Line station and beelining to the Boiler Room is a must for the nation’s best junk food—Jameson Whiskey Ice Cream. With a shot of whiskey blended into each soft serve cone, the concoction cools the body and helps makes the time stuck in transit at least slightly more tolerable. Also served at the city’s best block parties, and a staple at North Coast Music Festival, this treat is quickly becoming a mainstay of Chicago’s many outdoor summer activities and is almost reason alone to visit the Windy City. – Derek Staples

Perhaps you’ve seen the recipe on the side of a Velveeta box, or scrawled in a dorm bathroom. Chili Cheese Queso. Some cubed processed cheese product (about two inches of the giant Velveeta log) and a can of Nalley Chili (I’m partial to the onion flavor), melted together on a stovetop or, if that’s too advanced for you, nuked in the microwave at 40 second intervals between stirs. Serve with tortilla chips or slices of cardboard. It’s molten taste bud crack garbage either way. It’s something you can make when you’re two-sips-from-blackout drunk and Taco Bell isn’t next door. And honestly, I could buy all the lump crab meat and marinated artichokes and cave-aged Gruyère to make some epic baked dip for a party, but I’m fairly certain if the two bowls went head-to-head the chili cheese queso would be the first to get those last remnant side scrapes. Do I feel like a complete culinary fraud for admitting that I enjoy the living hell out of this un-food? Yeah. But a bowl of oozy comfort is a great shame salve. – Tabitha Blankenbiller

The Québécois dish is a beloved, greasy delicacy across Canada. Medium-sized fries are deep-fried at that perfect temperature that keeps the insides soft and fluffy and the outsides crisp enough to form a crunchy shell for their subsequent dousing of thick gravy. This way, the fries stay warm, which is mightily helpful during Canadian winters. The icing on the cake is somewhat peculiar, but as the French would say, incroyable: cheese curds. Some retain their gummy texture atop the poutine, other chunks find their way in, melting amidst a hot mess of gravy and fries. Each fry transforms into a unique bite of flavor. Some form the outer ring untouched by the gravy and cheese; these are the palate cleansers for the gooey, meaty characters in the middle. Poutine combines a blood pressure-spiking amount of salt, deep-fried gluttony and enough bad fat across three basic and surprisingly complementary ingredients that make it not only a gastronomic guilty pleasure, but one hell of a hangover cure. – Tina Hassannia

As a native Philadelphian, it is my duty to like pretzels, and I do. My favorite pretzel of all time was probably those I ate as a child, heading out of the Vet towards our wood-paneled station wagon after cheering on Mike Schmidt and Dutch Daulton at a Phillies game. The vendors had shopping carts full of ‘em; a brick of three and a Coke cost a buck. Since then my tastes have been corrupted thanks to the Auntie Anne’s franchise. More of a PA Dutch-style pretzel than what you’d find on Broad & Pattison, they are a junk food version of junk food, or, as my boyfriend said last night, “the kind of crap pretzel you’d get in California.” I like the sweet kinds, Glazin’ Raisin or Cinnamon Sugar. I think the semi-toxic butter aerosol they spray on them compliments those varieties most favorably. Listen, I know pretzels are not supposed to glisten. But this is the City of Brotherly Love after all, so in pursuit of happiness, I embrace pretzels of all textures, seasonings and caloric content. – Stacey Pavlick

Fast-food chicken restaurants exist in a special realm of delusion, passing off their wares as “homemade” in a way that McDonald’s would never even dare to try. In the case of Popeyes biscuits, though, homemade does not even measure up to their divine quality. Made out of bits of real cherubim and God knows how much butter, Popeyes biscuits strike a cosmic balance between flaky and moist, each bite a battering ram against the stronghold of your cynicism. When I need some junk food to cheer me up, I head straight to the nearest Popeyes and order a boxful. Don’t let the confused and judgmental stares deter you from trying a similar feat, for these are the looks of the jealous watching someone doing what they’d always dreamed of doing themselves if only they had the courage. Be sure to ask for a side of insulin. – Jake Cole

I suppose Chuck Klosterman infused Cocoa Puffs with a certain hipster cool when he namechecked Sonny the Cuckoo Bird’s insanity-inducing cereal in the title of his 2003 essay collection. For me, the allure of the finest product from the breakfast foods division of General Mills is far simpler. Forget the addition of milk (or really any of fruits, grains and juices piled next to it in commercials to dupe kids and parents into thinking the crunchy, chocolaty orbs are “part of a well-balanced breakfast”), these beauties are addictive straight from the box, munched by the handful until there are only destitute granules of sugary, processed foodstuff left in the waxy inner bag. That packaging has no capability of sealing in freshness, either, so why not down the whole box in one go? – Dan Seeger