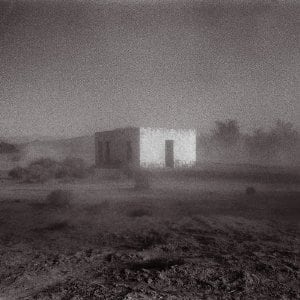 [xrr rating=3.75/5]How is ‘Allelujah! Don’t Bend! Ascend! only the fourth Godspeed LP? The likes of monumental debut F♯A♯∞ feels as if from another lifetime. Lift Your Skinny Fists Like Antennae to Heaven, that shook many young listeners like myself to the core on first listen, is now a faint reverberation. The only thing I strongly recall about 2002’s Yanqui U.X.O. is the decade of unpopular wars and reckless executive privilege it harshly heralded. With new record ‘Allelujah! Don’t Bend! Ascend! dropped a full decade on from the last proper Godspeed release, the massive “Kicking Horse on Brokenhill” and Antennae to Heaven’s daring “Static” side couldn’t feel farther away.

What took so long? An uneven hiatus through the aughts, accompanied by six studio albums reconfigured as Thee Silver Mt. Zion, seemed to ensure an end to the Canadian instrumental outfit’s official run. Then in 2010, a few surprise tour dates popped up. Now, perhaps emboldened by a successful Mt. Zion tour last winter, the band has another, longer string of dates underway. And with no advance notice, on October 1 Godspeed started quietly selling Ascend! at shows. The vinyl for the record is dual format: the two lengthier numbers on 12” and drone-heavy pieces on an accompanying 7”. (In order to follow the track list, the records have to be played out of order.)

But if the civil rights woes begun on Bush II’s watch are anything to go by, nothing’s really changed. Ascend! picks up where Godspeed left off: the social soil, even more turbulent today, remains fertile ground to take root in, ensuring their music’s continued relevance through stylistic ups and downs. And on Ascend! the charged subtext operant in their sound hasn’t changed tone or tact. Luckily neither has the world very much, nor the range of challenges facing North Americans. And even without lyrics, these sociopolitical struggles are something the band takes pains to put forward. (The text adorning a page in the liner notes reads: “WRECK’D US OUR COUNTRIE’S AMOK TORN THRU WITH BIRDS THEE SKY’S A BRUIS’D UNRECKONING THEE SHORE’S BLED DRY…”) Inserted into the scalding political environment of their native Quebec today, Godspeed still fit right in.

Apart from veiled encouragement to rage against machines, though, it’s breathtaking how the collective’s instrumentals so often speak loudly for themselves. Ascend!’s no different. Of the two 20-minute epics adorning the record, “Mladic” sets the tone promptly. It rises with a ghastly sample, carried at first by pervasively sizzling background haze and dissonant guitar lines breaking in like the calls of wheeling birds. The dizzying opening has little effect on the band, however, who exercise patience, forming pyramidal constructions on guitar and pivoting sharply in successive tonal shifts. The track coalesces around its percussion and only chimes in with a discernible riff seven minutes in, which evolves into a rolling Africanized rhythm section and, at 15 minutes, wallops of guitar. A symphonic stretch dominates the outro, where colossal dramatic squalls crash against jutting violin. The undercurrent of tense noise buried in its thread count comes off like the song’s title implying its reverse, the accused Serbian war criminal Mladic’s pointedly pejorative sounding first name, “Ratko.”

Ascend!’s second 20-minute centerpiece, “We Drift Like Worried Fire,” rescues the record’s back half from the comparatively oppressive, lackluster drone of “Their Helicopters’ Sing” and “Strung Like Lights at Thee Printemps Erable.” Plucky at first on “Worried Fire,” Efrim Menuck’s guitar yowls begin to roughly echo his vocals on choice Mt. Zion. Violinist Sophie Trudeau’s sawtooth strings spike a section before the return to a danceable motif on drums, but the main drive and attraction remains Menuck’s guitar. Over “Mladic,” “Worried Fire” is more concerned with catharsis, striving to swell in ever greater ways with each loop and recurring theme. Halfway through it sounds like it could just build forever in this way. But eventually the track comes back to percussive slams and falls into familiar shambles.

No less subtly political or overtly maniacal, Ascend! possesses all the elements of any Godspeed release and the makings of an essential one. The record’s posed between Swans in the purest barrages and Sunn O))) in its noisome wanderings. Its music is like the bomb payload adorning Yanqui’s art as well as a barrage disassembling those explosives and militarism itself. In that sense, like all Godspeed releases Ascend! is a success – in the monoliths of driving sound, the crackle of guitar squalls and feedback, in its contradictory, measured wildness. But there’s a certain reticence one should have about marching lockstep in singing the album’s praises unconditionally. The mouthy drone of the minor tracks can verge on monotony, particularly while waiting for the valleys and peaks of the robust centerpieces. And though it’s inarguably great to have new Godspeed pass between a pair of headphones, both “Mladic” and “Worried Fire” have been, in some form, live mainstays since 2003. Let’s just hope these admittedly small sticking points provide the group enough reason to stick around a bit longer.