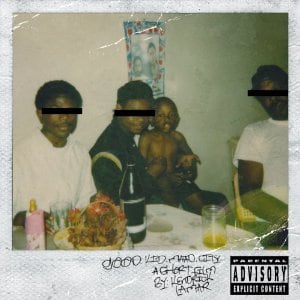 [xrr rating=4.25/5]Over the past decade, presumably with the rise of more media outlets for rappers to speak to, there’s been a noticeable increase in hip-hop artists claiming that their agenda is to make a “classic.” It’s an odd phenomenon for a number of reasons, namely that rap’s never been much of an album medium. Outside of three or four years where there was a specific movement to make a cohesive traditional “album” release, most rap albums considered “classics” were either the collected release of years of singles or as many songs as possible during a recording period crammed on to an 80 minute disc. The fact that so many rappers now want to make a “classic” often results in transparent critic-bait where the artists attempt to cater to as many audiences as possible, hopelessly diluting what made them such compelling talents to begin with. The reason Kendrick Lamar’s good kid, m.A.A.d city is being heralded early as a classic is the result of steering away from this blueprint as far as possible.

Credited on the cover as “a short film by Kendrick Lamar,” a close listen to the album reveals it’s a cohesive story about Lamar experiencing visages of gang life. Lucky for us, he keeps the narrative subtle enough so that each song works on its own or within the sequence without having to transparently spell out each song as “the part where this happens.” Also, instead of just being a parable or character study of the gang mentality and environment, Lamar uses the characters to make a much greater deconstruction and commentary on peer pressure. But there’s no cheap reveal or heavy-handed “here’s what I learned today”-type moral at its conclusion (no, Common doesn’t show up to exclaim “cause who I’m talking about…is hip-hop!”), rather Lamar respects his listeners’ intelligence enough to bring them along for a ride and let them unpack their own meanings. This is what gives the album one of the richest replay values in years, to the point where with so much to unpack, I’m frankly surprised in today’s immediate 48 hours-per-review music journalism climate it’s being as heralded as it is.

But as admirable as it is to have a message and approach, they mean nothing if the music isn’t good. Lucky for us, every track on good kid, m.A.A.d city is nothing short of stellar. Instead of using his newly discovered Aftermath/Interscope clout to bring in the top producers of the moment, Lamar largely keeps things in-house. This not only allows his proven successful collaborators to bring their absolute A game, but fully solidifies Lamar’s sound. Branding-wise, it’s a smart move, but in terms of how the album sounds, it’s absolutely brilliant. good kid, m.A.A.d city is the rare perfect storm of a promising MC and up-and-coming producers colliding and making something wholly original and exciting.

I can say, without hyperbole, that if you have even a passing interest in rap music, good Kid, M.A.A.D City is an absolute must-hear. Lamar excels as a writer, has a vast arsenal of flows, and a discerning ear for a cohesive project. This is one of the rare cases where comparing an album to a movie is entirely valid as the way every facet of each second of this album is calculated borders on Kubrickian. good kid, m.A.A.d city is the rare album that feels alive with an entire universe inside of it. While I wouldn’t immediately label it a classic, I can say with confidence that any rap artist looking to make a classic should follow in Lamar’s footsteps.