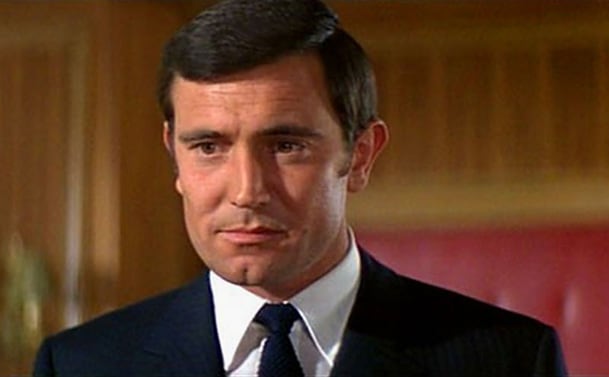 The Bond franchise has always followed trends, from the original, surf-rock incarnation of its classic theme through its Bourne-esque reinvention in the Naughts. On Her Majesty’s Secret Service is different. Yes, new lead George Lazenby, decked out in a lace cravat, does work his way through a brainwashed harem as if window-shopping, the sexual revolution forerunner clearly comfortable in a Free Love world. But he nevertheless finds himself allured by, even respectful of one woman who consistently matches wits with him. Mounting tensions over Vietnam rate nary a mention, and the use of Louis Armstrong, a genius but (literally) dying act, further separates Bond from cultural relevance.

Yet Peter Hunt, the franchise’s erstwhile editor given the reins for his directorial debut, crafts one of the few Bond films to actually anticipate coming styles rather than simply chase after the latest fads. Hunt already gave the series much of its punch with his editing, and On Her Majesty’s Secret Service favors a raw kineticism that anticipates the action filmmaking of the coming decade. The ostentatious action sequences of Bonds past and future are here replaced by impressively mounted but intimately framed setpieces. For the first time, James Bond seems like a human being and not simply a tyrannically callous creature finding the most outsized ways to kill. 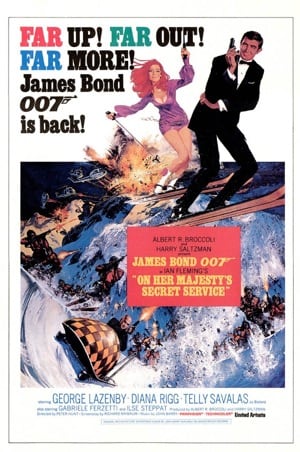 Poor Lazenby never stood a chance with audiences, and his own insistence that he would only star in one feature did not help to assuage people of the feeling that something had gone wrong with Bond. (In retrospect, though, it was a shrewd move on his part to avoid subjecting himself to even more of the crap he received with only one go-round with the franchise.) Though Lazenby visited Sean Connery’s tailor and barber to better look the part during the casting process, however, the Australian actor mercifully does not attempt to ape the Scottish actor, nor his Bond persona of the aloof, glibly sociopathic übermensch. This Bond is vulnerable, capable of being one-upped from time to time. In the film’s one cheeky self-reference, Lazenby watches the woman he just saved, Contessa Teresa “Tracy” di Vicenzo (Diana Rigg), drive off without a word as he quips, “This never happened to the other fellow.”

But the other fellow never behaved remotely like a human being, much less a spy. Lazenby does not handle the quips the way Connery rolled them off the tongue, sounding almost uncomfortable as he makes light of death. And when this Bond has to go undercover as a genealogist to infiltrate Blofeld’s (Telly Savalas) Swiss lair, Lazenby bothers to actually play the part, adopting a believably snooty tone and dressing like a pretentious bookworm who does not get out much. Connery would have shown up in a tux, martini in hand and already calling himself Bond.

These smaller touches ground the film in a way no other Bond film, even some of the overtly “anti-Bond” entries (Licence to Kill, Quantum of Solace), has ever been. Still, On Her Majesty’s Secret Service sports some of the most stimulating sights in the whole series. Gorgeously lensed by cinematographer Michael Reed and cut beyond Hunt’s own editing skills by John Glen, the film turns upon relatively tame setpieces by franchise standards. But the opening hand-to-hand fight on the beach, the climactic siege and especially the skiing sequences are the most visceral moments in Bond, and not even the recent Craig films can match them for intensity.

Connery’s subsequent, check-cashing return and the hand-off to Roger Moore put the franchise decisively out of sync with relevance for the next two decades, but On Her Majesty’s Secret Service achieves a timelessness shared by precious few of the other Bond movies. It only improves with subsequent viewings, letting the viewer bask in its beautiful shots, its intelligent and stylish action scenes and the minutiae of its character development. It is even, to date, the only Bond film to break the heart, though others have since tried to replicate the impact of its horrific caesura. In retrospect, this entry, dismissed as a bad dream by so many fans, may be the best of the lot.