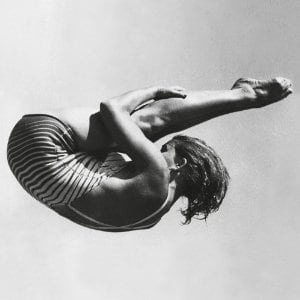 [xrr rating=3.75/5]For an optimal experience, Andy Stott’s new record Luxury Problems should be listened to while the sun is setting, in the Antarctic, from within a life-sized recreation of Stonehenge made out of speaker towers. This is an album that breathes in equally the machinic and the organic, the physical and the cosmic. Its rhythms are mechanical—the grinding, lurching groove of the opening track “Numb” sounds a bit like the maniacal pulse of a haunted washer and dryer—but they also sound bodily, natural. Listen again to that opener, “Numb,” and you might find yourself imagining the pulse of a heartbeat rather than that of an automated machine. This is partly because of Stott’s collaborator on Luxury Problems, vocalist Alison Skidmore, who lends a warm, distinctly human presence to these recordings. Her vocals, airy and wispy on “Numb”, operatic and ethereal on “Lost and Found” and invitingly alien on “Leaving,” shape this material in interesting ways: rather than functioning as a tool for Stott to use, her vocals create trailing, expansive rifts in his compositions, forcing them to adapt to her. Thus, Luxury Problems suggests a kind of productive creative between forces not so much in opposition to one another but feeding off one another, collectively spurring the entire project onto new heights.

Bookended by tracks that begin with simply Skidmore’s heavily reverbed vocals, Luxury Problems suggests something of a journey, each track mapping a new expanse of terrain. The record’s chilly moods suggest the most extreme weather conditions—there are moments when Skidmore’s voice sounds not appreciably different from the wind whipping about at high speed—and the rockiest of textures, but it’s also, albeit obliquely, a record deeply in touch with its dance music roots, not least in the four-on-the-floor beat Stott employs throughout. But it’s difficult to imagine this music ever contained within the enclosed space of a dance club. It feels like music that needs to breathe, fit for an outdoor bacchanalia, though one ever so slightly austere. Stott’s harsh rhythms and textures find their own inner tensions loosened on “Hatch the Plan,” for instance, through Skidmore’s layered vocals, which stretch over the track and draw out its latent energy centrifugally. The ecstatic, hypnotic quality of Skidmore’s singing prevents Stott from falling into an overly rigid rut, lifting away from the earthbound beats with dizzying freedom.

Even the tracks that don’t feature Skidmore seem powerfully shaped by her presence. “Expecting” winds through the middle of the album − between two songs that feature Skidmore – as it churns and slithers with molten texture. The album’s grooves are so deep, they easily transcend the mechanical quality that can spoil music of this sort because they sound closer to the rhythms of the human body or the natural world, of microscopic cellular friction and the subterrestrial tectonic movements. After the wintry austerity of the album’s first half, Stott settles into a warmer, more comfortable groove. “Luxury Problems” is disco made sinister and incandescent, mysteriously sleek and heavy. From there, Stott indulges in some old-school breakbeat juggling on “Up the Box,” the album’s most traditional-sounding track, but Stott manages to make it strange and febrile, a final, propulsive climax before the otherworldly “Leaving,” the album’s slow pulsing fade-to-white.

One of the things that makes Stott’s album so interesting and compelling, though, is the way these tracks overwhelm the listener. This is hardly music you could throw on for mere ambient presence. Instead, it floods the listener with feeling and pure affect. “Numb” begins with only Skidmore’s vocals, heavily processed so they sound full, taking up the entire space of the recording. After about two minutes, space opens up, the track sounding as if it will fade away, but instead, the jackhammering beat enters unexpectedly and grabs the listener’s attention, making it impossible to shake. Similarly, Skidmore’s vocals on “Lost and Found,” halfway between opera and Gregorian chant, sound out of place atop the track’s wobbly groove, as if operating according to their own tempo. But the dissonant effect is enough to elevate the song above standard fare, resulting in a creation as alien as the black monolith from Stanley Kubrick’s 2001: A Space Odyssey.

And like the monolith, Luxury Problems feels both elemental and futuristic, a primordial, organic creation crafted with the latest in sonic technology. This blending of seemingly incongruous qualities is the main draw of Stott’s record, producing tracks that feel like complex, convoluted Rube Goldberg devices, channeling energy through themselves like ancient circuits, or like organic life-forms. “Expecting,” for instance, is a shambolic creation, an assemblage of parts moving together as one, part beast, part rumble of tubes and metal, all trapped inside a wind tunnel. These sonic collages sound purposefully labyrinthine, far from the sleek, minimal techno that is fashionable today. But they also differ from the single-minded simplicity of the more dub-influenced strand of techno: there are pockets, worlds, of sonic life spawning throughout these tracks. Luxury Problems is so dense, listening to it is like hacking your way through a thick jungle. It is difficult to talk about the album without metaphorically addressing its sense of space, but this is what makes it so thrilling, an expansive map of terrain that can be endlessly explored.