January 23, 2021
Home Music The Wallflowers: Glad All Over 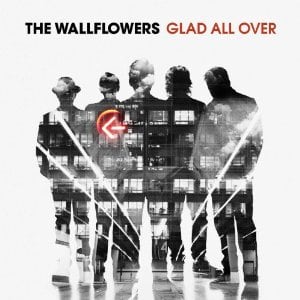 [xrr rating=2.25/5]In the Wallflowers’ late ‘90s smash hit “One Headlight,” Jakob Dylan sings, “Man, I ain’t changed / But I know I ain’t the same” and he may as well have been prognosticating his approach for getting the band back together in 2012. After a hiatus and seven-year gap between records, during which time he released a couple lukewarm solo efforts, Dylan has reassembled the Wallflowers with a lineup similar to that of their 2005 album Rebel, Sweetheart except for newly-added journeyman drummer Jack Irons. The end result isn’t much changed from anything the band has done before, while a dash of spice added to their roots-rock brew keeps them from being exactly the same. Glad All Over succeeds only in that it narrowly avoids the sad spectacle of a completely unnecessary reunion serving as a once notable band’s death rattle.

Lead single “Reboot the Mission” more directly states Dylan’s thesis. This may be the only track on the album that feels decidedly outside the Wallflowers’ safe zone, which is why it’s also far and away the best. The song has plenty of connection to the Clash, given that guest collaborator Mick Jones adds focused guitar riffs and backup vocals to a track also featuring a fearsome bass line that, for once, eclipses Dylan’s husky voice as a song’s primary focus, and also in that Dylan uses the tail end of the song to “Welcome Jack, the new drummer / He jammed with the mighty Joe Strummer.” Jones’ other contribution is in “Misfits and Lovers,” which is more in the Wallflowers’ wheelhouse as Dylan huffs and puffs over a slightly funky roots-rock groove.

Opening track “Hospital for Sinners” provides the album’s only other highlight, as a greasy organ, crunchy guitar and powerhouse drums lead one to wonder at the outset if the rest of the album is going to take a Black Keys blues rock route. But after the opener, Dylan is content to throw a few curveballs with the two Jones-enhanced tunes and then rest on his laurels for the remainder. “First One in the Car” oozes with the faux-emotional epic swells so popular in the mid-‘90s with acts such as Counting Crows or Live. And for all its kinetic dressings, “Have Mercy on Him Now” is the kind of formless rock music that’s forgotten the moment it ends.

Whether through nature or nurture, Dylan takes after his iconic father’s loquacious songwriting style, though often to a fault; he’s far too reliant on mythological and melodramatic imagery. The twangy, overt throwback “Love is a Country” is nearly impossible to get through when Dylan earnestly wheezes nonsensically hardscrabble lyrics like, “I’m staring in the window of a moving train / That looks almost human as she barrels down the tracks and comes my way / This no good dog of mine’s got the heart of a stray / And is down in the ditch lights before I’ve even a chance to call its name.” Before the song is done, Dylan goes on to mention the devil, thunderstorms and the girl who broke his heart. Speaking of Beelzebub, he pops up again on “The Devil’s Waltz,” a bluesy endeavor with grimy guitar that pulls the album back up after it bottoms out in the middle, but doesn’t provide enough rebound to be its savior, nor does the overload of angel imagery on the album’s penultimate track “Constellation Blues” or its equally bland finale “One Set of Wings.”

Unlike Dylan’s prolific papa’s solid Tempest release earlier this year, Glad All Over doesn’t offer any true surprises. Jones’ involvement gives the album a noteworthy first single and there’s enough variety to produce a handful of songs on the album’s front end that are worth repeated listens. “Hospital for Sinners,” for instance, taps into the breathy foreboding of “6th Avenue Heartache” and “One Headlight” and would fit right in with other jukebox offerings in a hole in the wall tavern. But on average, Dylan plays it safe and sleepwalks through an LP that simply isn’t an effective reboot. More often than not, the album will only make you glad once it’s all over.