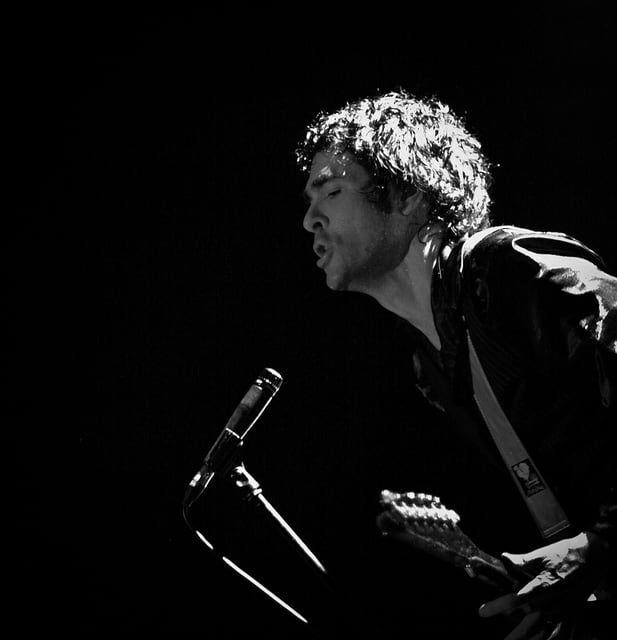 It was a study in contrasts for some Portland fans during an extended Veterans Day weekend. On Sunday night, Leonard Cohen rolled into town, playing a three-hour-plus show loaded with control, crisp sound and the opposite of intimacy that occurs when you play in a basketball arena. Far from sterile, however, Cohen delivered a dedicated reading of his hits that justified the $10 beers.

Fans who turned out the next night at the Doug Fir Lounge for the collision of local favorites Quasi and the ageless Jon Spencer Blues Explosion knew not to expect the same restraint on display at the Cohen show.

A flagging energy filled the Doug Fir that night. Despite a packed crowd, Sam Coomes and Janet Weiss from Quasi could tell right away. After crowd pleasers such as “Ape Self in Me Prevails Still” and “Our Happiness is Guaranteed,” the audience responded with little more than a smattering of applause. Coomes openly complained and lambasted the apathetic energy, amping himself and simply abusing his keyboard throughout the 45 minute set, not only humping it but diving into it face first to end the set.

After a brief delay, the Jon Spencer Blues Explosion took the stage. Receiving a fair bit more energy than the openers, the band bit into a set that spanned nearly 30 songs. Now, I remember listening to Jon Spencer back in high school in the mid-90s, their record Orange a big hit with my friends. Here we are in 2012 and the man doesn’t appear to have aged a day. With his top button open to reveal a swatch of his lithe chest, Spencer has not gone the way of bloat that has consumed many of his contemporaries. He was a lean, mean, rock machine.

Eight years have passed since the trio have put out a record (new one Meat + Bone recently broke the silence) but not a shred of rust crept into the set. Along with guitarist Judah Bauer and drummer Russell Simins, Spencer brought out his signature fuzzed-out rock ‘n’ roll nuggets, forcing the crowd to put aside any exhaustion and get involved in the mayhem taking place before them.

Spencer has never been one for stage banter, but he did exhale a fair amount of screams throughout the night. Not happy with the level of his vocals, Spencer spent the first portion of the set gesturing wildly to the sound guy to turn them up. While the set did concentrate on newer material such as “Black Mold” and “Get Your Pants Off,” Spencer peppered fan favorites throughout like “Chicken Dog” and “Afro.”

The most amazing part of seeing the Jon Spencer Blues Explosion live is how seamlessly the three men can play together. There’s a reason this group has been going strong for 20 years and in a day and age of indie bands that hide in their bedrooms and make weepy soundscapes, a little Blues Explosion may be what is needed to break up the catatonia.