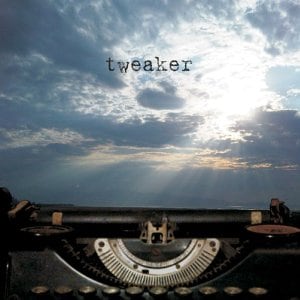 [xrr rating=2.5/5]It only seems natural that a man who has spent his existence contemplating beats and industrial rhythms has developed an obsession for time. Either as a percussive-guru, for projects like Nine Inch Nails, Jack Off Jill and KMFDM, or serving as producer for talent ranging from Lords of Acid to Rasputina, Tweaker’s Chris Vrenna has fine-tuned his ability to soothe the angst of industrial goth-rock without totally dismantling the genre’s post-apocalyptic soundscapes. As a follow-up to 2004’s 2 a.m. Wakeup Call, Vrenna alongside guitarist/keyboardist Clint Walsh (formerly of Jack Off Jill and Gnarls Barkley) once again question perceived truths of time with the elongated loops, inter-galactic samples and the nostalgic found-sounds of Call the Time Eternity.

“nothing at all”, featuring former Jack Off Jill frontwoman Jessicka Addams, is a chillout departure from JoJ’s predominately riot grrrl tempos and energy – exemplifying the outfit’s ability to develop dark yet easily digestible synthpop. The cinematic echoes of the literary tortured princess carry-over to the string arrangements and mechanical flutter of “grounded (feat. kaRIN).” Along with the amp-buzzing cover of Phil Collins’ “i don’t care anymore”, the aforementioned tracks point to the ongoing beautification of post-industrial, most notably the current work of one-time collaborator Trent Reznor, but the duo packs the space between these singles with a collection of psychedelic synthetic instrumentation.

As if to add context to the album’s more underground moments, Vrenna poses the question, “Who needs friends when you got meds?” over the tribal beats, digital hum and post-rock distorted guitar screams of “areas of the brain”. “hoarding granules” is an abandonment of radio-friendly pop songwriting, pulling together fragments of UK garage, an eerie female monologue, “Twilight Zone”-esque outerspace audio samples and what sounds like loose change tumbling around a dryer. The album’s shortest track, the two minute, 12 second “getting through many a bad night”, further ventures into the realm of once-abandoned beats to discover a region of impossible harmonics where the classic funky-drummer bass beat and a rocket launch countdown can exist in unison. One even begins to question the input of Walsh during beat-centric “this is ridiculous”, which decays into patches of noise and lacks any attention toward melody or aural continuity. Here’s hoping the track includes some type of Aphex Twin level spectrograph pictures; otherwise, thousands of eardrums will be blown worldwide with really no good excuse.

The album’s plunderphonic aesthetic eliminates much of the overall flow, but the album is still best enjoyed when immersed by the textures. Laptops speakers just don’t give the album justice; a major issue when most of today’s public consumes music in just that manner. Without noted equipment, the dynamics of the tech-minimal “a bit longer than usual” and whispers buried within “wasted time” are more challenging to appreciate. For those listening via headphones, the series of male voices clamoring throughout “fine(feat. Abhorrent Derelict)” float around the room like a collection of omnipresent orbs.

After eight years of near silence, Call the Time Eternity lacks the cohesion that one would expect from two seasoned industry veterans. Vrenna and Walsh have eased back on the pop throttle for a more experimental third full-length, but the 11-track release seems cobbled together through digital sharing instead of late-night collaborative studio sessions. Combined with a general lack of guitar-based melody, this newest endeavor lacks the artistic synergies that united the output’s prior sonic journeys.