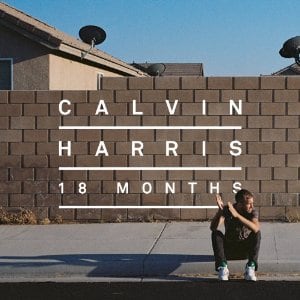 [xrr rating=2.5/5]Hitting a top 40 club and not hearing a Calvin Harris production within 30 minutes of entering is nearly as impossible as avoiding the group of over-inebriated concert-virgins donning the combination of micro-skirt, high-bun and skyscraper pump. It’s just not going to happen. Like many within that sub-genre of dance music fashion, Harris’ full-lengths are beautifully produced, infectiously poppy and continually hit the scene with a glossy, almost reflective, sheen, but they also generally lack the artistic depth that invites ongoing interactions. Containing no fewer than six international singles, 18 Months is an album worthy of the 50-minutes you must dedicate to the 15-tracks. Plus, for those with a taste for sugar-coated EDM, Harris deserves to be seen performing the album live, but given the rapid shifts within club music, the popularity of those singles aren’t likely to last 18 months let alone make lasting contributions to the genre.

Similar to David Guetta’s chart-topping Nothing But The Beat, Harris’ newest effort pools together superstar talent from across the pop-landscape in hopes of radio dominance. Kelis (“Bounce”), Rihanna (“We Found Love”) and Florence Welch (“Sweet Nothing”) all contribute their lush female vocals to Harris’ color by numbers electro-house, yet the tracks arrive with the emotional depth of a toddler obsessed with personal gratification. That void is partially filled with the Ellie Goulding-featuring “I Need Your Love.” Also appearing as a bonus track on the singer’s Halycon LP, “I Need Your Love” initially caresses the listener with soft melodic whimsy and Goulding’s impassioned delivery, but quickly disturbs the peace with Wolfgang Gartner-esque synth runs. The powerful arrangement abates just long enough for Goulding to develop a chorus and rehash the electro-pop tranquility of “Lights.” Like that breakout hit, “I Need Your Love” is sure to receive many a re-edit from EDM producers.

The male portion of the roster does little to challenge, or add textual dynamics, to the album’s effervescent adhesive. “We’ll Be Coming Back” (featuring Example) is a resounding sample of the bosh-pop that is currently taking over U.K. charts — Example himself hails from London – and while the pool-side energy of the track effectively reverberates through the speakers and through your heart it also follows the patterns and electro forms of so many other headlining producers. Tinie Tempah, who also worked on Swedish House Mafia’s “Miami 2 Ibiza”, adds a bit of muscle to the anticipated synthesizer crescendos of “Drinking from the Bottle” and even manages a reference to the Kardashians during the track’s break. Unlike records past, Harris only lends his personal vocals to “Feel So Close.” The delivery may not be as smooth and pitch-perfect as Example, but at least the imperfections in tone infuse the release with a bit of humility amidst multiple instances of drastic over-production…otherwise known as “Let’s Go,” featuring Ne-Yo.

With the help of moombahton upstart Dillon Francis and ongoing collaborator Dizzee Rascal, Harris breaks the electro-house framework with the progressive hip-hop beats of “Here 2 China.” The trio tosses aside their go-to aesthetics and avoid the subtleties of the album’s big-room limitations to record 2:33 of subwoofer domination. “Mansion,” “Iron,” “School” and “Awooga” all indicate a producer that has an ear pointed directly to the underground. All relatively short, the tracks primarily serve as filler, but are also the most chaotic of the collection. After breaking apart the two portions, the big-room versus the underground, one begins to question why a producer with so much talent would settle for making such derivative, commercial work. While there may be no logical answer, aside from the bottom line, 18 Months leaves the eardrum fatigued from listening to an excess of glimmering formulaic club music and ready for Harris to adapt another moniker for his more experimental output.