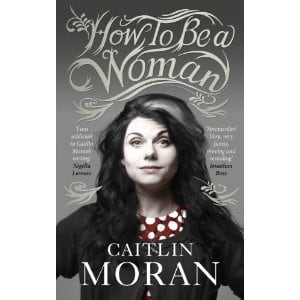 How to Be a Woman by Caitlin Moran (Harper Perennial/2012)

Thank you, Caitlin Moran, for writing a book about feminism. A book that coaches out some of our squeamishness (masturbation, waxing, strip clubs, words for your vagina). A book that refuses embarrassment or apology. A book that is meant for public consumption, not to be cordoned off to that half-shelf of academic works on (postmodern, post-structuralist or even just post-) feminism, which surely are worthwhile, important, discourse-driving treatises that 99% of us will never read and/or never want to. A book that finds the humor in the fucked up, and not only allows us but encourages us to laugh about it. Moran’s feminism asks us to consider an approach wherein “women counter the awkwardness, disconnect, and bullshit of being a modern woman not by shouting at it, internalizing it, or squabbling about it – but by simply pointing at it and going ‘HA!’ instead.” This is not the path of least resistance: as Timothy Leary once wrote, “Laughter is anti-establishment.” I endorse this method of dismantling.

How to Be a Woman is a memoir-style manifesto, lighting on topics in varying degrees of seriousness. An absurd confession about a pre-teen crush on Three Amigos-era Chevy Chase (“…[T]he thought of kissing Chevy Chase made me so excited that I listened to ‘You Can Call Me Al’ sixteen times on repeat, imagining him touching my face while Paul Simon plays the bass solo”) provides the entrée into Moran’s passage about masturbation. On the other side, Moran devotes a chapter, among the most candid and risky I’ve read, about her decision to have an abortion, a decision she owns and honors and does not speak of with regret. No one’s figured out how to be a woman quite right, but through Moran’s scrapes and scores, we understand why trying is the best worst thing in the world. – Stacey Pavlick 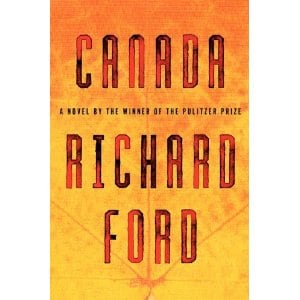 Canada has a major burden to carry for writer Richard Ford. It’s only his second novel since the introduction of Frank Bascombe in the Pulitzer Prize-winning The Sportswriter in 1986 to stand outside of that character’s existence. It’s a little like what would have happened if John Updike had tried something new after only writing periodic Rabbit novels for around 25 years. The gratifying result is an exceptional novel that proves, as if there were truly any doubt, that Ford is a writer with more great work in him than his one famed, extended story. The book is narrated by Dell Parsons, a Montana teenager whose life is upended when his parents uncharacteristically rob a bank. After they’re quickly apprehended, Dell is smuggled off to Saskatchewan to keep him out of the hands of the social services system. It’s there that the novel’s attention to detail heightens as Dell meticulously describes everything he encounters, even going so far as to list the businesses in the nearby town. The thoroughness provides a strong sense of place while also accentuating the foreignness of this new terrain for Dell; he isn’t nearly as complete in his depiction of his hometown, suggesting that familiarity breeds a level of comfort that borders on indifference. That’s just the sort of astute structural choice Ford builds into the novel, giving it a stealth impact beyond its smart plotting and marvelously constructed sentences. There are many ways a novel can stir a reader. With Canada, Ford demonstrates anew that he has remarkable command of them all. – Dan Seeger 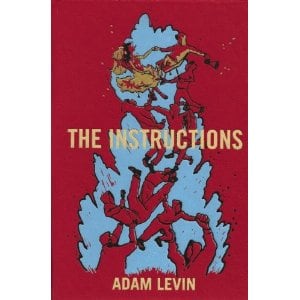 The Instructions by Adam Levin (McSweeney’s/2011)

In the early part of this year, a friend loaned me a book that weighed in at least a couple of pounds of paper, quite literally. Although I was skeptical at tackling the 1000-plus page tome in front of me, The Instructions took me by surprise again and again with its combination of Biblical lore, young adult coming of age and commentary on contemporary terrorism. The dense narrative follows Gurion Maccabee, a 10 year old grade school student with a messiah complex and a frighteningly pragmatic precociousness. After being sentenced to “The Cage,” the catch-all classroom for the most disturbed of Chicago pre-teens, he amasses an army of his Jewish contemporaries, perceiving himself as a hero and Torah scholar, while struggling with juvenile anger, resentment and school crushes.

But what makes Adam Levin’s first novel so remarkable is its sheer density and rambling story. Though primarily through Gurion’s perspective, he is quickly revealed to be an unreliable narrator, and much of the story is left to interpretation. The Instructions is a novel that’s simultaneously an If… style school takeover, the possible dawn of a new religious epoch and a sweet, confused love story. The sheer size of the book may be overwhelming at first, just as it was for me, but it’s a necessity for a story this ambitious and amazingly, successful. – Nathan Kamal 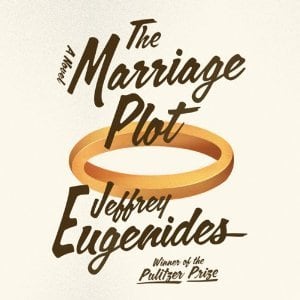 Madeleine is writing her senior thesis on the “marriage plot,” the literary device that fueled the great novels of George Eliot and Jane Austen, among others. The question of whether or not a particular character will find true love will find provided the impetus for many classic novels. However, in an age of divorces, hookups and romantic cynicism, is the “marriage plot” even relevant anymore? The deconstructionist professors that are rising to prominence during Madeline’s tenure on campus try to show how the “marriage plot” is a mere construct of an antiquated culture, one that can easily and happily be done away with. The idea of “true love” just won’t disappear, though, as Madeleine falls for the super intelligent, yet emotionally unstable, Leonard and has ambiguous feelings for the quirky Mitchell. Eugenides doesn’t just stay on campus, but follows the characters in their post-college environments, trekking to such divergent locales as a Cape Cod research facility and Mother Teresa’s Calcutta hospital for the dying. The Marriage Plot is one of those rare novels that makes you feel and think in equal degree. – Jacob Adams 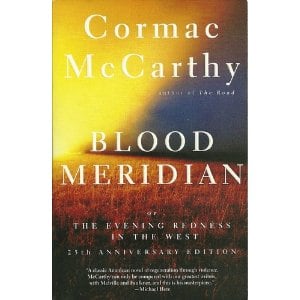 Due to the fact that I paid an exorbitant amount of money to get a fancy writing degree, I’m pretty much obligated to fall in line and reiterate the genius of seminal wordsmith Cormac McCarthy rather than opine that he’s really a loquaciously sick fuck who revels in dreaming up visceral atrocities almost as much as he gets off on forcing the reader to swallow quasi-words he invents on the fly. That said, I’d already gobbled up most of the “greater McCarthy” oeuvre (cannibalism, necrophilia, horse-worship and all) before realizing I’d only made an aborted attempt at pushing through his brutal, semi-historical opus Blood Meridian.

So as the shadows stretched long over this past summer here in Portland, I pushed through the ultraviolence witnessed by “the kid” and routinely exacted by Judge Holden in the book McCarthy subtitled “The Evening Redness in the West.” An uncountable number of harvested scalps and dead babies impaled on tree branches later (not to mention at least one charred corpse “blackened and shriveled in the mud like an enormous spider”), I’d read a novel so skillfully executed in its focus on the bloodthirstiness of the basest human impulses that I didn’t know what to do with myself. In a masterstroke, McCarthy saves his best for last when, after a preceding onslaught of gratuitous brutality, he leaves the exact nature of the protagonist’s vile fate ambiguous and wholly at the mercy of the darkest corners of the reader’s viciously-primed imagination. McCarthy may not tug the ixtle and bindertwine strings of an even less-than-crozzled heart, but given the blatant triumph of Blood Meridian, it doesn’t take an overpriced degree to recognize that the man’s a genius. – Josh Goller 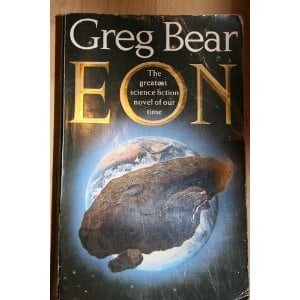 Sci-fi novels of the ’80s usually suffer from a peculiar lack of timelessness. As with titles like Greg Bear’s Eon, the historical context at the time of the book’s writing isn’t immediately apparent, but hits you smack in the face a few chapters in and then can’t be ignored. Too often heavy-handed allegories were the genre’s shitty plot device du jour. Fortunately, Bear handles his setup for American, Russian and Chinese interaction deftly, with a setting as inspired and detailed as science fiction’s greatest works.

Eon — the first of three novels located along “The Way”, a mind-bogglingly gigantic setting — takes place in a 1985 perspective of a technologically contemporary 2005, with the U.S.A. and U.S.S.R. on the brink of nuclear war. When an asteroid appears outside of Earth’s orbit, the three superpowers vie for control of what turns out to be a hollow vessel, clearly artificial and vastly larger on the inside than in is on the outside. This physics defying mechanic manages to make for a particular interesting story, with lots of territory for the scientists, politicians and military agents on board to explore. More importantly (and like all the best sci-fi) it’s a fantastic vision of future events that simultaneously allows for Bear to highlight the terrifying reality of Cold War policy and also set up a grand literary universe full of compelling characters and visionary pseudo-science. This is the kind of multitasking the genre is really all about. – Michael Merline