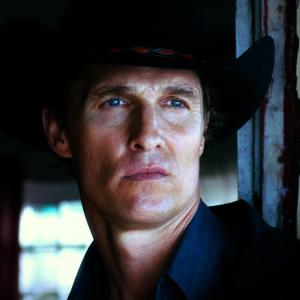 Of all the people on Earth who might have picked up where Jessica Chastain’s breakthrough-filled 2011 left off, how did Matthew McConaughey get the baton? Of his many acclaimed roles this year (some for films awaiting wider distribution), none stands out like his turn as the country-fried hitman of Killer Joe. The killer is introduced by the dead things he wears—snakeskin boots, leather gloves—and his ensemble is, of course, all black, just in case the wardrobe was too subtle. McConaughey’s natural charm is inverted: he looks as if he slicked his face back with his hair, his goofy smile pulled into a reptilian rictus. He begs comparison to the roaming killer of No Country for Old Men, Anton Chigurh. Yet where Chigurh is a moral reckoning outside the scope of other characters, Joe is their morality and desire made terrifyingly manifest. He does not introduce the elements of sexual abuse, incest and murder into William Friedkin’s gloriously grindhouse adaptation of Tracy Letts’ play. He merely puts those desires, contained in part or whole in the demented family to which he becomes attached, into action. McConaughey picks up on this, and the loathsome draw with which he infuses his character upends the maxim, “Hate the sin, not the sinner.” That distinction collapses in the climax, in which Joe turns the Smiths’ sins back upon themselves and McConaughey plunges the film into a nightmare that makes what came before look about as harrowing and bleak as a Saturday morning cartoon. — Jake Cole 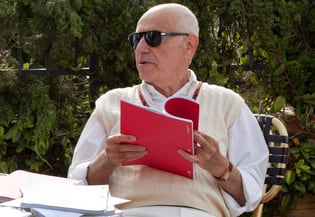 Ben Affleck’s political thriller Argo is a stylistic throwback to the 1970s, an exercise in tension and suspense relying on atmosphere instead of explosions and special effects. And like the thrillers of the 1970s, Argo utilizes several lighter, almost comedic moments to ease the tension, most notably in the scenes with veteran movie producer Lester Siegel, played by Alan Arkin. Siegel recalls that nearly extinct creature, the Hollywood producer who cut his teeth during the era of the studio system but thrived when it collapsed. He’s larger than life, sarcastic, bitter and completely believable. Siegel could so easily have been just someone to laugh at or used for cheap patriotic pathos, but Arkin avoids making him a stereotype, no mean feat considering he has no less than two hilarious catchphrases. Instead of falling back on cliché, Arkin crafts an intricate performance where each moment informs the rest of the film. His promise to turn a fake movie used for a CIA cover story into a “fake hit” is a comedic mirror to the CIA agent’s own dedication; avoiding outsized physical business throughout makes Siegel’s one goofy celebratory dance delightful and real. Alan Arkin is simply one of the best working American actors today, the kind of craftsman that makes portraying a deceptively complicated character like Lester Siegel look effortless. — Stacia Kissick Jones 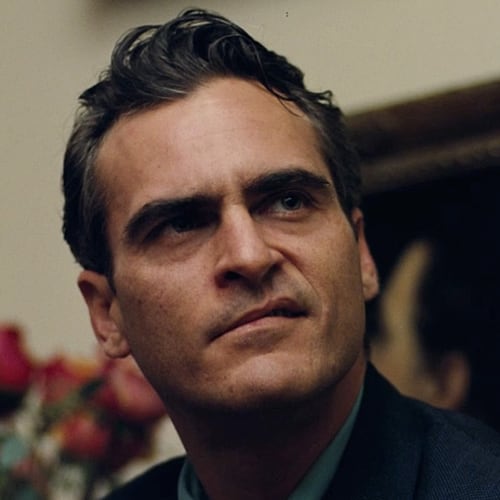 Joaquin Phoenix in The Master

The fact that Joaquin Phoenix’s performance in the faux-documentary I’m Still Here fooled just about everyone reminds us that the best actors blur the line between fiction and reality. That’s why with The Master, a film built around Phoenix’s physicality and bodily tics, it’s nearly impossible to separate the reality of Phoenix’s body, which seems to summon up movements and gestures buried deep in years or even decades of muscle memory, from the artifice of his performance, an intentional attempt to embody a character known as Freddie Quell. In his most outwardly explosive moment as Quell, Phoenix utterly transcends the notion of “acting,” a word that cannot encompass what he does in The Master: at times, such as during the first “processing” scene or when he flails about in a jail cell, something inherently “real” shines through Phoenix’s performance.

One of the film’s most affecting moments occurs when Phoenix sheds a tear whilst being interview by Philip Seymour Hoffman’s cult leader Lancaster Dodd. Is Quell’s crying, the universal sign of emotional sincerity, being merely “performed” by Phoenix, or is it impossible for a performer operating on this level to compartmentalize the persona he is adopting from the rest of his experience? We know that actors make choices, sometimes at the level of micro-second reactions, but Phoenix’s performance in The Master is so total that an accumulation of intuitive reactions snowballs into the act of merely being. This is also an advancement beyond Method acting, which often suffers from an excess of self-consciousness. Phoenix had already made great strides in his two films with auteur James Grey, We Own the Night (2007) and Two Lovers (2008), but with The Master, he cements his status as the greatest physical actor working today. — Trevor Link 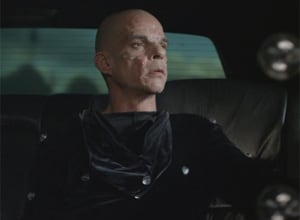 The most impressive thing about Denis Lavant’s performance in Leos Carax’s Holy Motors isn’t that he plays seven roles, some of them demanding intense physicality, others forceful quietude, exhibiting a nearly unmatched sense of range. It’s how he plays one of these roles, the overarching character of Mr. Oscar, a constant actor in some grand futuristic pageant, always performing for an invisible audience. All the other roles he tackles are contained within this one, and they reflect back on it, the same way that Oscar’s exhausted eyes flicker within them, creating a crystallized hall-of-mirrors effect, establishing the power and burden of influence with particular force. This kind of exchange between roles is essential, since with Holy Motors lack of a traditional plotline, the film’s story is all subtext and suggestion, with Oscar’s growing fatigue conveyed mostly through his performances, through the twisted shuffle of a beggar or callous cruelty of a father berating his daughter. This means that Lavant isn’t just playing a wide variety of roles, he’s playing all of them under the auspices of another, shaping Oscar’s personality through the reflection of the way he interprets those assignments, an astonishingly complicated endeavor that the actor pulls off with amazing aplomb. — Jesse Cataldo 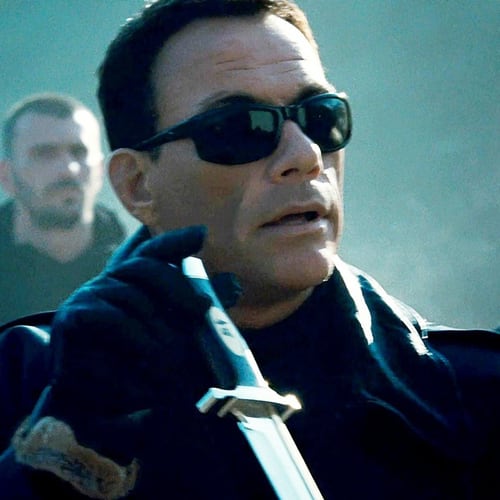 Jean-Claude Van Damme in The Expendables 2

In 2008, I graduated from New York University’s Tisch School of the Arts with a B.A. in Cinema Studies. This means that, when it comes to film, my opinions are incredibly nuanced and my tastes are absurdly refined. It is with an education instilled upon me from the finest minds to ever analyze the medium that I can decree that no on-screen performance this year has brought me as much joy as Jean-Claude Van Damme in The Expendables 2. Van Damme is rarely ever the villain in a motion picture, and the few times he’s an antagonist are often balanced with Van Damme also playing the good brother/clone of himself for a double starring role. Here, Van Damme is all bad and all excellent. With a goat tattoo on his neck and a bloodthirsty greed echoing in his cold, black heart, Van Damme is transformed into one of the most loathsome (but sleekly stylized) villains the action genre’s seen in some time. For all the love other nefarious roles may get in more respected Hollywood affair, not a single nogoodnik in 2012 was the centerpiece of a scene as memorable as Van Damme roundhouse kicking a dagger into an innocent man’s heart. The only way his role could have been better is if he played twins, and with The Expendables 3 already announced, that seems like a likely possibility. — Chaz Kangas