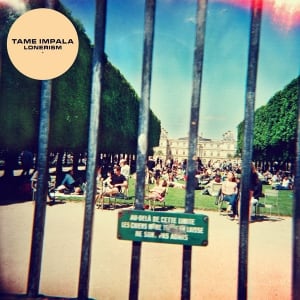 Track one of Tame Impala’s sublime Lonerism record starts with the repeated phrase, “Gotta be above it/ Gotta be above it” whispered as a sort of mantra. As the whisper gets louder, a hollow, disjointed drum beat fades up. A wobbly, Paul McCartney-on-“Wonderful Christmastime”-esque synth enters the mix before lead singer Kevin Parker does his scarily accurate John Lennon imitation on the lyric, “And I know that I’ve gotta be above it now.”

“Be Above It” is one of the year’s truly motivational tunes. Its emotional power lies in unclear pronoun references. What is the “it” referred to in the title? To whom is Parker referring when he says, “I can’t let them all just bring me down?” It doesn’t matter. “They” could be a boss at work, an ex-lover, an estranged friend or a power-hungry politician. There were so many things to “be above” in 2012. Whether you were fretting this past year over destructive weather systems, a tense election season, an unstable economy or any personal malady, Tame Impala is there to remind you that sometimes you just “have to take it.” The band shows us that psychedelic music can speak to the harsh realities of everyday living just as much as it can depict transcendent, mystical experiences. – Jacob Adams 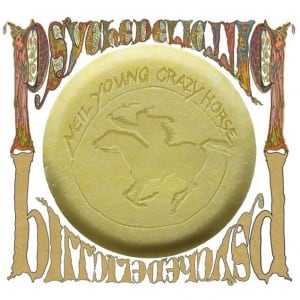 When I first heard that Neil Young was reuniting with Crazy Horse for an album of electric originals, I was nonplussed. I love Neil, but certainly not every record he’s ever made. As far as I’m concerned, he’s been in a fallow period ever since his wrongheaded response to 9/11, “Let’s Roll.” Nevertheless, when it was revealed that the first song on Psychedelic Pill would be an astonishing—if not to say ridiculous—27 minutes long, well, I knew I had to hear it.

“Driftin’ Back” starts out like it’s still 1970, with chiming acoustic guitars accompanying Young’s nasal whine. Then it morphs into the galloping Crazy Horse, all loud electric guitars and thundering drums. And from there on out it’s one long, blissed-out jam, two chords occasionally punctuated with plaintive verses about the evils of MP3s, the wallpaperization of modern art and how it was all so much better back in the old days. Sure, the lyrics are slight, but when he sings about how he “used to dig Picasso” and now he’s going to get a “hip-hop haircut” it is (perhaps unintentionally) hilarious. Ultimately, it is the alembic of Crazy Horse that makes it work and Young’s slashing guitar leads are inspired and fluent, some of his best playing ever. Using analog tape and a ProTools computer to construct an impossibly epic performance, “Driftin’ Back” could seemingly go on forever—I sort of wish it would. – Rodger Coleman 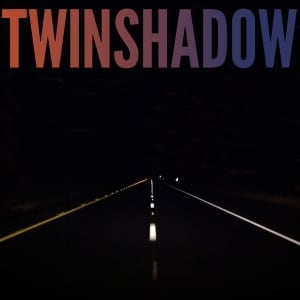 Finally! We can stop wasting time trying to settle the whole Haim vs. Feldman debate! It turns out the hunkiest ‘80s heartthrob isn’t a Corey at all, but rather a (decades) latecomer to the candidate pool, one George Lewis, Jr. Lewis is the master of appropriation behind Twin Shadow, his sophomore record Confess a project that sounds much like a “best of” compendium of Brat Pack-ian closing credits music. But don’t be kissing Jake Ryan over the creamy light of birthday cake candles just yet: Lewis, with his dark, flashing eyes and leather jacket to match, is both a lover and a fighter. This bad boy infatuates deeply but bruises easily: as he gazes into our eyes and tucks a too-short tendril of hair behind our ear, he is assuring us that his pain is our fault.

“I don’t believe in you/ You don’t believe in me/ So how could you/ Make me cry?”: this is the question and accusation at issue in Confess’s lead single “Five Seconds.” The progression of the instrumentation in this track – the thin, bleedy synth warmed up by the few measures of near-acoustic guitar strum interrupted by the alpha male lead guitar line – in succession is like a new wave Bryan Adams-type vibe, replacing the rasp with a virile sort of vulnerability. “Five seconds to your heart/ Straight to your heart,” Lewis repeats. Fondness for retro pop notwithstanding, these words are a prediction if not a spell. – Stacey Pavlick 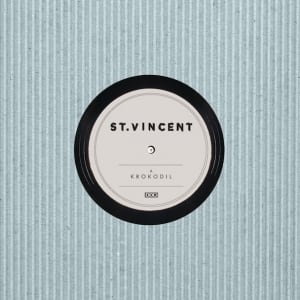 St. Vincent was all over Top 10 lists last year for the excellent album Strange Mercy and few critics failed to mention her cover of Big Black’s “Kerosene” in their coverage of her, citing it as a key influence. Well, it appears that Annie Clark not only took those comparisons to heart but decided to up the ante with her single for Record Store Day 2012, “Krokodil.” St. Vincent songs have traditionally mixed Clark’s viscous guitar work and ominous lyrics with cooing vocals and softer, poppier accents, using sweetness to cut (or enhance?) the menace. “Krokodil” explodes out of the gates with a filthy guitar assault torn directly from Steve Albini’s Chicago playbook circa 1987. Behind this wave of distortion and angry drums, Clark sings a tortured ode to the notorious Russian street drug Krokodil (Google image search not recommended for the faint of stomach), a destitute man’s heroin substitute, famous for devouring the very flesh of its unfortunate users. Playing on the drug’s animal homophone, the song’s lyrics seem to revel in the process of being consumed by addiction, likening it to a croc’s “sweet” bite. As aggressively post-punk as any Reagan-era Touch and Go release, “Krokodil” nonetheless sounds like an invigorating next step for Clark, who continues to take that abrasive indie tradition and bend it effortlessly to fit her own aesthetic. – John M. Tryneski 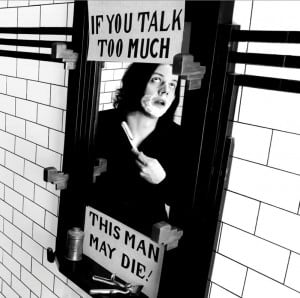 While Jack White’s solo album Blunderbuss explores several facets of his musical tastes, from simple to grandiose, its strongest moments come when White lovingly recreates a slice of classic rock ‘n’ roll and then personalizes it with a modern twist. Led Zeppelin seems to be his favorite inspiration, but he mixes in a host of other retro allusions. “Sixteen Saltines” shows how he rises above imitation to construct a solid rocker. The influences are just his initial building blocks. So, the Who-flavored crunch of the opening locks the track into a relentless gut punch rhythm. White’s vocals strut through the choppy verses with a Robert Plant swagger while the heavy ride cymbal work evokes John Bonham’s bombast. The chorus riff suggests Sugarloaf’s “Green Eyed Lady.”

White slides these older sounds together within a contemporary context, creating a hard rocking groove that showcases a dark tension. The lyrics zip by in a swift cadence, leaving odd phrases to paint a picture rather than explicitly tell the story: “Garbage in garbage out, she’s getting what she wants,” “Force fed, forced meds ‘til I drop dead.” Taken out of context, the message is vague, but the cumulative effect suggests a desperate fascination that transcends the sonic references. The frantic drive and creepy vibe will satisfy his White Stripes fans looking for another fix. This is the real stuff. – Jester Goldman