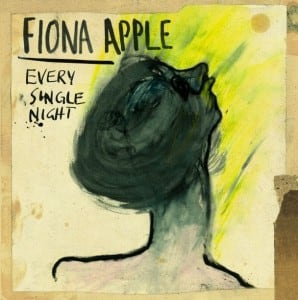 “I just want to feel everything.”

So Fiona Apple sang on the lead single to her first album in seven years, repeating the lines as though unconvinced or pained by the possibility. It’s a big request, one that Apple has admitted requires a manufactured naivety to keep her from becoming emotionally hardened. “Every single night’s a fight with my brain,” she explains. Over and over, she does fight and feel across 10 withering tracks—pride, love, anger, shame, arousal, disgust and nostalgia have featured roles. The Idler Wheel…’s exploration of her mental state is best encapsulated in its opening track, “Every Single Night.”

Apple’s ongoing physical and emotional turmoil grinds and growls over pinging bells and piano so sparse as to barely be noticeable. The song is propelled entirely by her vocal performance, a raw and flayed thing much more damaged than anything on her last album, and the instrumentation is most like the soundtrack to a bare experimental film. “The rib is the shell and the heart is the yolk/ And I just made a meal for us both to choke on” she trills, and then snarls in a typically grotesque lyric. While her body is a meal, her thoughts are butterflies bursting from it. Such lines fly in your face because they so vividly describe a sort of mental anguish we prefer unseen and unexamined. Fiona Apple is our mirror and the internal battles of “Every Single Night” are staring back at us. – Katie Bolton 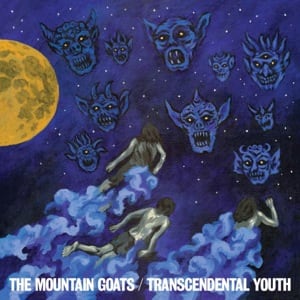 “Some things you do/ Just to see/ How bad they’ll make you feel” ─ and some songs are sung just to see whether they can help. John Darnielle and the Mountain Goats fill Transcendental Youth with songs about outsiders and victims of circumstance. “Cry for Judas” is all about depression, but it picks a path that could offer real solace. Darnielle’s thin, nasal voice has a touch of calm detachment, which lowers the emotional stakes. His tone pulls the song away from pity or frustration. More importantly, the lyrics confront the darkness head on: “Long black night/ Morning frost/ I’m still here, But all is lost,” while the up-tempo music creates momentum rather than false cheer. Matthew E. White’s horn arrangement adds a welcome gravitas without sliding into schmaltz.

The song is open-ended, without offering a clear resolution, but the simple act of acknowledgement can be a powerful thing. Even if you’re not in the throes of some thick funk, it’s a reminder that we’re all damaged goods. That acceptance coupled with the melodic impetus makes “Cry for Judas” an unspoken affirmation, which implies a counter message of, “I’m still here.” The complexity of the parts make the song work and it’s why the Mountain Goats are one of the best bands making music for grownups today. – Jester Goldman 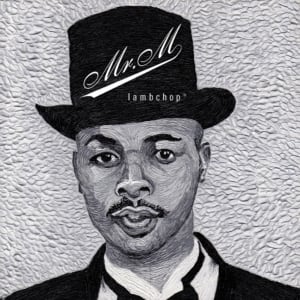 Considering the generally somber tone of Lambchop’s Mr. M, it’s fitting that one of the stellar album’s many highlights is a deliberately paced slow-burner. Crooning frontman Kurt Wagner delivers poignant lines alluding to settings that are as colloquial as Lambchop has ever explored, suggesting the bitter realities of a distance relationship and doing what’s necessary to keep it alive. Family and loved ones are on opposite coasts, and generic conversation is what’s required, even if his particular lyrics are the kind of observations rarely heard in song.

Wagner leads off the track telling someone on the other end of the line, “Took the Christmas lights off the front porch/ February 31st” and the conversation rambles on with Wagner singing softly with subtle double-tracking, “It was good to talk to you while we’re cooking/ Sounds like we’re making the same thing.” That line is a funny way of telling the person on the other end he cares, but Lambchop thrives on and advertises peculiarity.

But unlike much of Mr. M, it’s not really apparent if this version of Kurt Wagner is raw and defeated, the uncle telling jokes at the dinner table that are as sad as they are funny. More than anything he just sounds tired — maybe sick of traveling, maybe sick of having nothing much to say, but definitely sick of coming up with the right way to talk about nothing at all. And that’s sort of what makes Lambchop — and “2B2” itself — so special; Wagner and company can create stunning tracks that manage to feel remote and acutely familiar all at once. – Michael Merline 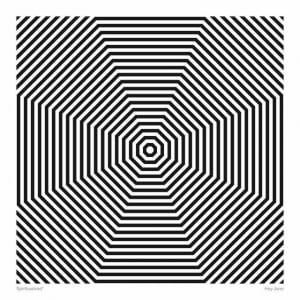 It is virtually inarguable that Spiritualized’s 1997 album, Ladies and Gentlemen We Are Floating in Space is their masterpiece, a nearly perfect album. Sadly, it is equally true that their subsequent records have been increasingly disappointing. But like the junkie in one of their hymns to drug addiction, I always buy their CDs the day they’re dropped, hoping against hope to recapture that original high. Honestly, with its ugly, minimalist artwork (nearly identical to 2008’s Songs in A & E), I didn’t expect much from Sweet Heart Sweet Light.

But after a brief, orchestral introduction, “Hey Jane” comes tearing out of the speakers, a rocking, psycho-delic romp that hearkens back to Spacemen 3’s heyday in the 1980s, yet infinitely more refined, with layers of guitars and a choir surrounding Jason Pierce’s hardened, half-spoken vocals. “Hey Jane/Where you going today?” Nice enough—but then it takes a turn toward the weird: the band drifts off into some terrific free-jazz scree and fades out. You think the song is over—but a throbbing bass fades up and the original vamp has been subtly transformed into a chugging Krautrock groove, gradually building up steam. “Hey Jane/When you going to die?” Incongruous trumpet tuttis mark the big, sing-along chorus: “Sweet heart, sweet light/Sweet heart and love of my life.” I don’t know what it all means and, at over eight minutes, it’s all too much—but it sure is a rush. All I know is that “Hey Jane” is Spiritualized uncut, and it satisfies my fix—for now. – Rodger Coleman 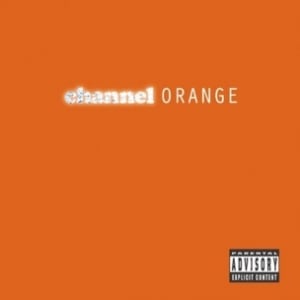 The hazy R&B beats behind “Super Rich Kids” are beautiful in their simplicity, yet the song’s content is a brash ode to a popular subset of American culture. (After reading this article, just go ahead and check out the absurdity of Rich Kids of Instagram.) For anyone who has followed the tale of Ocean, it is easy to decipher that the New Orleans-bred singer/songwriter is humbler and more thoughtful than some of the voices behind the on-again off-again Odd Future collective, and the words behind “Super Rich Kids” may be a direct message to the type of crew that began to surround the group as they came up through the L.A. hip-hop scene.

“Super rich kids with nothing but loose ends/Super rich kids with nothing but fake friends,” Ocean softly croons over the song’s minimal jazz intro. Throughout the track, the excesses of those rich kids’ lifestyles are in juxtaposition with the underlying music. Not only do the lyrics question the motives of these new friends, but they also hint at the much publicized sexual preferences of the 25-year-old, “Real love/I’m searching for real love,” Ocean quips during the bridge.

While the tune may be quite different from those that put Odd Future on the map, Ocean utilizes the harsher flow of the outfit’s Earl Sweatshirt to add textures and an urban perspective. This attention for detail is what has placed channel ORANGE atop many year-end lists and what keeps the young Ocean an in-demand pop songwriter. – Derek Staples