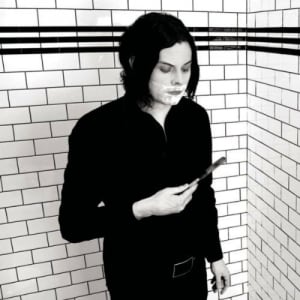 “Love Interruption” bore quite a burden. Released in late January, nearly two full months ahead of the Blunderbuss LP, the track was the opening salvo in the next phase of Jack White’s career. His musical wanderlust had taken him away from the White Stripes previously, but fine as they often were, the Raconteurs and the Dead Weather were clearly side projects, places to stretch out with odd ideas and different collaborators. With Meg White’s drum kit presumably in mothballs and the group that made his modern legend officially and probably permanently defunct, the first full-length effort to bear Jack White’s name alone was bound for heavy scrutiny. In mixing the familiar with a rambunctiously fresh spirit, White definitively asserts that the remainder of his career absolutely isn’t going to be an afterthought.

Starting with an almost tinny keyboard line (played by Brooke Waggoner, of White’s backing band, the Peacocks) that evokes “Son of a Preacher Man” and a simply acoustic guitar strum, the song quickly brings in White’s voice intertwined with that of Ruby Amanfu, all tremulous beauty. They openly pine for a level of romantic passion so powerful that it manifests as pure aggression: “I want love to/ Grab my fingers gently/ Slam them in a doorway/ Put my face into the ground.” It’s as if White is taking the vaunted pain of the classic blues and soul music he adores and making it literal. Love doesn’t just hurt; it leaves bruises. The track aches with tension, always seeming primed to explode into something raucous and raw, but White wisely keeps it at a slow burn. He did the only thing an artist weighed down with expectations can do: create as if he’s got nothing to prove. – Dan Seeger 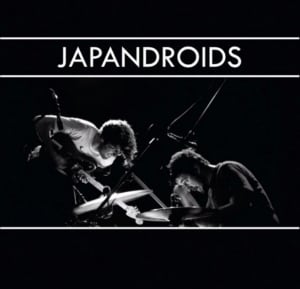 Guitarist Brian King and drummer David Prowse, the power duo called Japandroids, tried to capture the raw energy and pure joy of their live shows in the studio as they recorded their second LP Celebration Rock. No song is more successful at reaching this goal than “The House That Heaven Built,” one of the remarkable record’s standout tracks. The machine-like vocalization of “Oh, oh, oh, oh, oh, oh, oh, oh” that occurs on the verses sounds like the kind of thing an audience would chant in support of the vocalist. Prowse’s drums are jubilantly explosive, and King adds several layers of chunky guitar to give the tune a minimalistic, yet three-dimensional, texture.

Indeed, the tune’s punk aesthetic spills over into the defiant lyrics on the chorus: “When they love you and they will/ Tell them all they’ll love in my shadow/ And if they try to slow you down/ Tell them all to go to hell.” The verses presumably tell the tale of a crumbling relationship, culminating in the lines, “It’s a lifeless life with no fixed address to give/ But you’re not mine to die for anymore, so I must live.” King and Prowse do plenty of living on this song, as they do on the whole record. This exuberant penultimate track is a drunken toast to a future, better life. – Jacob Adams 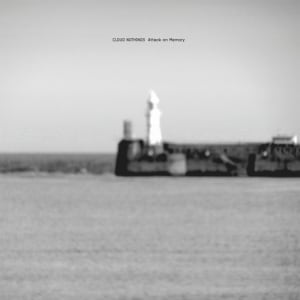 Ohio-based ex-power-pop band Cloud Nothings surprised a lot of people last winter with the dark, ‘90s-influenced album Attack on Memory. Of its eight tracks, the nine-minute epic “Wasted Days” stands out, even among oversized songs in praise of lassitude and unabashed homages to Dookie-era Green Day. The song is far from a slow build, leading off with an energetic riff that is quickly bolstered by additional guitars and heavy drum fills. Singer Dylan Baldi’s unhurried delivery battles constantly with the underlying kinetic energy of snarling guitars tangled in meandering riffs and segmented by gulping synths.

“I thought I would be more than this,” Baldi growls. These are not just idle words; this is adulthood for modern youth, an ongoing string of aspiration despite recurring letdowns. Adrift in a fast-paced spin cycle, he muses on his fruitless use of time and, ironically given this album’s breakthrough success, his seeming lack of ambition. The extended instrumental break demonstrates producer Steve Albini’s greatest contribution to the track: a moment for the band to play off one another as at a live show. It ebbs and flows until Baldi reenters, screaming the chorus to collapse. He encapsulates the frustration of youth in a way that speaks to the young as much as those who recall rock music of the 1990s. – Katie Bolton 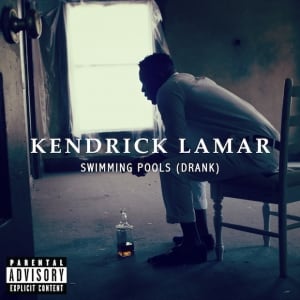 Hip-hop’s had no shortage of excellent songs about drinking. Whether celebrating it, advocating it, warning about its dangers or lamenting its overuse, there’s plenty of servings to go around. Yet, Kendrick Lamar’s “Swimming Pools” is special because it’s not just a song that mentions drinking, but rather uses the social activity as a deeper exploration of peer pressure. Along with presenting a social message in a way that respects its audience’s intelligence enough without having to painfully spell it out, every single other aspect of the song is executed in a manner of absolute mastery. With Lamar’s tight narrative and wonderfully varied arsenal of flows, his performance alone would make for one of the top songs of the year. Fortunately, the track’s production courtesy of T-Minus (who was at the helm of another of rap’s most recently visible singles in Drake’s “HYFR”) is every bit as nuanced and painstakingly lavish as Kendrick’s rhymes. The fact that a song that excels on this many levels has become so overwhelmingly popular and universally celebrated can only bode well for Lamar and hip-hop in general. “Swimming Pools” is everything a rap song in 2012 can and should be. – Chaz Kangas 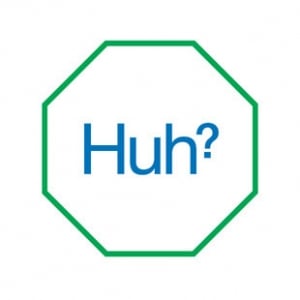 “So Long You Pretty Thing,” the final track on Spiritualized’s new album Sweet Heart Sweet Light, opens with a simple, a capella duet between bandleader Jason Pierce and his young daughter Poppy. Then a deep, heavenly organs kicks in, and Pierce’s weathered, aching voice pleads “Help me Lord, help me Jesus/ ‘Cause I’m lonely and tired” as the music grows increasingly grand and bombastic even as the singer struggles with the world. But then the coda breaks through into transcendence, a chant beginning “So long, you pretty thing/ Save your little soul/ The music that you played so hard/ On your radio” and ending in a deep sense of personal salvation through the power of music.

Similarly to Lou Reed’s “Rock & Roll,” Pierce embraces the grace and vitality that music can bring to listeners. After a lifetime in rock music, “So Long You Pretty Thing” could serve as a capstone to the singer’s career, one filled with Christian imagery, distorted perception, depression and joy. In close to eight minutes of sound, it’s the ending of one of Spiritualized’s finest, most joyful albums, one that celebrates life and rock ‘n’ roll after so many years of turmoil, heartbreak and brushes with death. – Nathan Kamal