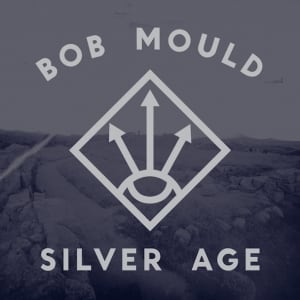 Leave it to Bob Mould—iconic Hüsker Dü leader, sagacious Sugar frontman and all around alt-rock godfather—to pen a song essentially detailing overdue artistic resignation, about coming to terms with your standing amongst your chosen medium, that’s so paradoxically exhilarating, even galvanizing. Atop a typically serrated lead guitar line and Superchunk drummer Jon Wurster’s lockstep percussion, Mould chronicles painful first person revelation with a presumably autobiographical bent, acknowledging the naivety of his early days (“I started out so starry-eyed/ Full of hope and wonder”) before the industry turned this wide-eyed post-hardcore kid into a jaded journeyman (“I didn’t want to play the song/ That gave people so much hope”). But if his trials and tribulations yielded a thick skin and a staunch morality, then “The Descent” (and, by extension, Silver Age, his new return-to-glory LP) represents a furious aural repudiation to the notion of the soft, aging artist content to sand the edges off a persona once thought to be at the vanguard of rock music’s pursuit of sanctity. His latest missives may outline a sea change that never came to fruition, a destination reached a few lengths behind his and his contemporaries’ projected revolution, but by the sound of “The Descent,” Bob Mould may have needed just this sort of artistic exorcism to now embark on a late-career golden age of his own. – Jordan Cronk 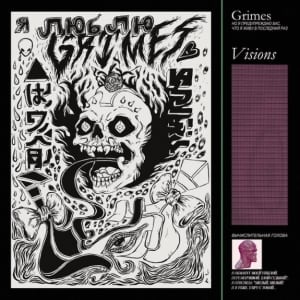 Technically 2011’s brood – a teaser for this year’s stunning debut, Visions – “Oblivion” was for many the first proper introduction to the innovative stylings and broad palette of Canuck Claire Boucher, alias glittery electro-pop conjurer Grimes. But, pinned between another standout (“Genesis”) and the beat-heavy “Eight” in the record’s front half, on its own merits “Oblivion” is more than simply the eminently danceable, blood-chilling theme from some noirish-dystopic alternate future. (Though the lyric “I never walk about after dark/ It’s my point of view/ That someone could break your neck/ By coming up behind you, always coming/ And you’d never have a clue” more than qualifies it as such.)

Besides affording a glimpse into Boucher’s earliest creative output as a solo artist, the track belies a startling faculty, displayed elsewhere on Visions, in balancing disparate influences and soundscapes. It’s in a sense the same way Boucher reins in her massive live performance setup – in deft, kinetic bounces. Similar to the record as a whole, “Oblivion” shrugs off classification efforts. Present are the pop structure’s thin wedge, which worms into the brain; a sensuous, synth-driven shuffle, that renders deep physicality into the track; ambient menace to lend it punkish muscle; sufficient Casiotones and falsetto to place it strongly in the ‘80s throwback bin, but enough dark post-Kid A texturing to firmly ground it within the present musical zeitgeist. Its slippery/gritty/bubblegum/sinister profile presents a lethal sonic cocktail. – Joe Clinkenbeard 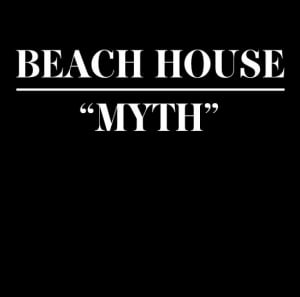 After releasing four albums that reinforce their trademark style, it’s obvious that dream pop duo Beach House doesn’t change things up much with each release. If anything, they hone in on that musical identity with an even narrower focus; in interviews regarding the Bloom release, guitarist Alex Scally stated he doesn’t like bands changing things up between records. So it’s no surprise that “Myth” sounds almost exactly like songs from the Teen Dream sessions.

Fortunately, Beach House making more terrific songs that sound exactly like those on that first real masterpiece isn’t a bad thing here. “Myth” is a triumphantly perfect Side One, Track One, building layers of echo around Victoria Legrand’s lush vocals and Scally’s nimble guitar arpeggios, the warm haze of it all absolutely gripping. Yet it’s enriched by a dark shade to the brighter cast of Teen Dream, a smoky counterpart to that album’s levity. Something about the clattering effect of the song’s programmed percussion, or the architectural constraints those lines of guitar impose on the voluminous gush of sound Beach House makes so well, causes “Myth” to feel even more refined than earlier efforts. This is a song that simultaneously reaches for the sky and makes you feel entirely tethered to its emotional sway.

“Myth” builds and builds to a euphoric refrain, but it’s the bolstered charge of the second verse that makes the song. A soft pattering of drums starts in around that steady current of sound, a fluttering guitar solo eventually wrapping things up. And every time the track ends it feels like Beach House is ripping it away from us, the end of a singular expression of mood and style that could safely go on for far longer. – Michael Merline 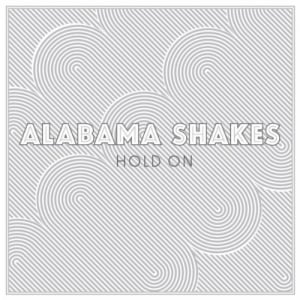 It starts with a twangy guitar line that quickly worms its way into the back of your head. Then comes the achy singing, instantly endearing. As the chorus nears, the band starts climbing up the wall as the singer belts out the title with a passionate moan – “you’ve got to hooooooold on!” Just when you think you’ve hit pay dirt, they give you another quick hit, this time with the singer yelping like she’s Janis Joplin and telling you that “You’ve got to wait!” It’s an irresistible formula that the Alabama Shakes play out to perfection in “Hold On,” one that goes a long way towards justifying the tidal wave of buzz they rode into 2012. Now to be fair, the song’s appeal rests mostly on the shoulders (or should I say larynx?) of lead singer Brittany Howard, whose resonant lyrics and soulful delivery are what take “Hold On” from garage gem to radio-ready single. The song collects the band’s strengths, which are otherwise scattered throughout their debut album Boys and Girls, for a hopelessly addictive three minutes and 45 seconds. Garage rock, country, soul and Muscle Shoals R&B are all hiding within the deceptively simple song structure and they make excellent bedfellows. It remains to be seen if the Shakes can produce an album full of songs this strong, but given the band’s meteoric rise, “Hold On” provides reason to hope that they have plenty of room left to grow into themselves. – John M. Tryneski 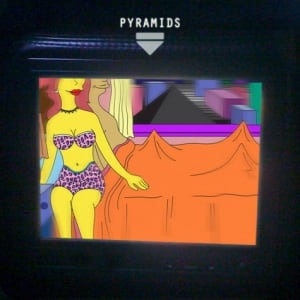 It’s appropriate that the best song of 2012 runs nearly 10 minutes. If you look at the tracks on this list, many of them push well beyond the normal runtime for a pop song. However, Frank Ocean’s “Pyramids” is just that: a perfect pop song that breaks all the conventions we know.

A mash-up of funk, R&B, prog and space rock, “Pyramids” careens from soulful emotionalism to far-out synthesizers, creating an unpredictable journey rife with killer hooks. The lyrics go from ancient Egypt to a modern strip club as Ocean evokes everything from Cleopatra’s demise to slinky cheetahs to the miserable lives of the down-and-out. Somehow, it all works.

The song structure behind “Pyramids” is enigmatic and complex. There is no clear verse or chorus as Ocean bleeds each segment into another, making each corner of the song a triumphant high. A moment of straining club beats may give way to a segment of slow jam before a spaced-out Funkadelic guitar riff takes over. The first half of the song may be all in your face, but Ocean gets all sad and sexy in the second section as “Pyramids” goes shimmeringly elegant.

The stand-out track from channel ORANGE, “Pyramids” is more than a cohesive centerpiece. It is a throw down, a new high from this Odd Future crewmember that challenges anyone in the R&B game to top it. If there is an heir apparent to the creativity of Prince, it may very well be Frank Ocean. “Pyramids” by itself is achievement enough. – David Harris