9. Chromatics
Kill for Love
[Italians Do It Better]

You could call Chromatics’ Kill for Love the culmination of a years-long reinvention, from noise rock roots to post-punk highs, begun in 2003 with the departure of all but guitarist Adam Miller and cemented by the buzz trailing 2007’s Night Drive. From the daring Neil Young cover at the top to its sprawling comedown (“No Escape”), Kill for Love is urbane yet oozes street smarts, like a great jazz record’s slick post-postmodern twin (or the clean-cut doppelganger of this year’s A Place to Bury Strangers effort Worship). The fact it spawned a remix cottage industry, to which Chromatics responded by releasing drumless versions of 11 free Kill for Love cuts, speaks to its – and the group’s – expansive cultural footprint. With, according to multi-instrumentalist/producer Johnny Jewel, another double album worth of tracks left over at from the Kill for Love sessions, this may only grow with time. 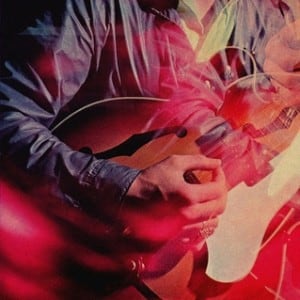 To revisit a common association, Kill for Love is less a companion to Nicolas Winding Refn’s fantastically violent, tonally flat Drive as much as it is thoroughly stylized and sexy yet grounded in reality’s grit. Aesthetically it stands apart from candied, superficially cool genre exercises in film along the lines of Drive or 2005’s Brick, or on the music side the many ‘80s throwbacks whose records trawl the surface and dredge the depths of the era’s music for retro cred and pay only lip service to the sounds that spawned theirs.

Kill for Love’s full figured neon noir demands a different sort of feature length to accompany – an extended version of the Weeknd’s “What You Need” video or an update of Kar-Wai Wong’s Fallen Angels. Or to be the replacement score for Soderbergh’s The Girlfriend Experience. Videographer Alberto Rossini’s series of impressionistic Kill for Love entries seems to be grasping at this, the record-as-complete-sensory-experience. Nothing less could give proper due to Kill for Love’s breadth, from New Order runs (as on the title track) and disco ruts (co-vocalist Ruth Radelet’s breathy “Lady”) to organic vacuums, the indelible hooks stuck in “At Your Door” to the electric slide of “Back from the Grave” and “The River.” – Joe Clinkenbeard