Throughout the entirety of their shared discography, Victoria Legrand and Alex Scally seem to be poised between following their instincts for ethereal, dreamlike pop and finding some little piece of sonic wonderment that can keep the world tethered just enough to prevent it from wafting off to the anonymity of a starlit sky. Beach House is known the lushness of their music, but it’s remarkable how often they find great beauty in relative simplicity on their fourth album, Bloom: the pinging scales at the opening of “Lazuli,” or the slender melody of “On the Sea.” 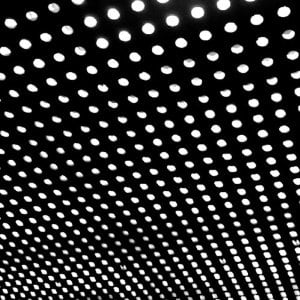 Even better, they often bring greater structural cogency to their songcraft across the album, building in grooves and hooks, the satisfying components of singles that demand revisiting. I suppose it’s nice to have proper make-out music available for the person who finally musters up the nerve to ask the sleepy-eyed hottie from their comparative lit class back to the studio apartment for a night of romance, but it great to hear some songs with real muscle to them on a Beach House effort.

The album begins spectacularly with “Myth,” with its cascading tones almost suggesting what Coldplay might sound like if they were cool. Legrand’s rich vocals are right out front, intoning, “What comes after this/ Momentary bliss/ The consequence/ Of what you do to me,” as if to further emphasize that the stakes are high this time around. If her words were often willingly submerged in the mix on earlier albums, there’s now a signal of intent to take command. As always, the music is sumptuous. It’s also strikingly earthbound and tinged with earned wisdom. Beach House has long known how to take off and soar. On Bloom, they make it clear that bringing their shared ship in for a landing is part of the skill set too. – Dan Seeger